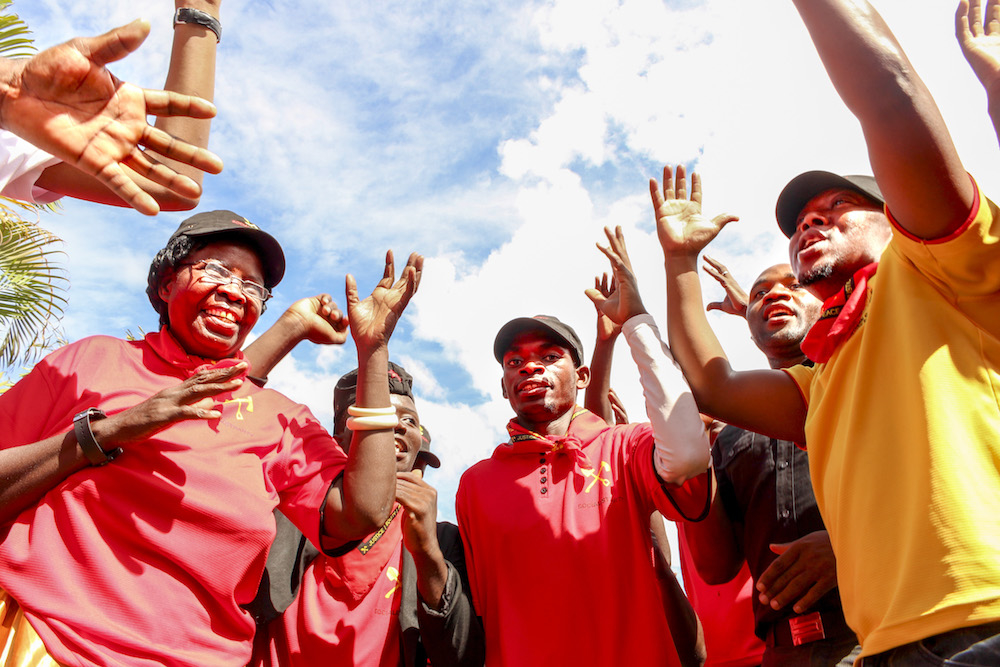 On April 10, two members of the Socialist Party of Zambia were arrested for organizing training sessions in Matero, one of the poorest complexes in the country. Combined with the government’s attempt to recall Cuban Ambassador Nelson Pages Vilas after he attended the party’s launch on March 31, this is yet another attempt by the ruling Patriotic Front to crush all forms of opposition.

According to a statement released by the party, the arrest took place during a private training session organized at the home of one of its members. The confiscated items included a whiteboard, telephones and women’s handbags. The members were harassed and mistreated by the police who surrounded the area.

â€œIt is shocking to see our police service transform into a brutal police force whose main task is now to haunt and oppress the masses of poor Zambians,â€ said Womba Nkanza, member of the Kwacha Women’s Movement.

This attack is part of efforts to smother and smother the newly formed party that aims to build a Zambia founded on the foundations of justice, equity and peace.

Last year, the cholera epidemic in Zambia exposed the inability of the Patriotic Front to tackle the social inequalities that plague the country. Poverty and unemployment have taken their toll, especially in the more densely populated capital of Lusaka.

As cholera moved rapidly through Lusaka’s gutters, it was the city’s poor who suffered the brunt of their failing medical system as the elite were transported out of the country’s borders for quality medical care.

Incidents such as the cholera epidemic, mass unemployment, the collapse of medical infrastructure and poor sanitation facilities have dealt a severe blow to the legitimacy of President Edgar Lungu.

Zambia has booming copper and cobalt industries, but ordinary people do not reap the benefits of this wealth. On the contrary, the pockets of its president, the ruling elite and various multinational corporations are deepening.

Under the guise of the Mopani copper mines, Glencore is one of those multinational companies that has sunk its claws in Zambia’s Copperbelt province. Calling attention to this attack on the workforce, who work daily in the belly of the earth, and the communities living above these rich minerals, Vijay Prashad, Executive Director of the Tricontinental Institute for Social Research writes about a report published by UNICEF: â€œSixty percent of children in grades one to four cannot readâ€¦ in one of Africa’s most resource-rich regions, children cannot read. “

In 1964 Zambia gained independence and new hope was born. At the time of independence, the Zambian economy was wholly owned by the British. Subsequently, the government of Kenneth Kaunda instituted a far-reaching nationalization. This nationalization included Zambia’s mineral wealth, which resulted in free and compulsory education provided by the state:

â€œI never bought a pen, notebook or calculator. My father only paid for my transportation to and from school, â€said Chimozi Zulu, who grew up under Kenneth Kaunda.

In 1990, imperialism made it very difficult for the Zambian government to maintain majority ownership of the mines. Zambia began to run a deficit budget in large part due to the collapse in copper prices which resulted in a drastic reduction in domestic revenue for the government, which could no longer support social spending. They were forced by the World Bank, the International Monetary Fund and Zambia’s bilateral partners to privatize the mines so that Zambia could claim the debt of these institutions.

The privatization of the Copperbelt mines resulted in privatized education and, consequently, a skyrocketing illiteracy rate. Meanwhile, the CEO of Glencore, Ivan Glasenburg, enriches himself fabulously and enriches the Swiss territory of which he obtained the nationality in 2011.

â€œPresident Lungu knows his time is running out. He fears a conscious mass. He is afraid of a revolutionary leadership. He is afraid of the hope of a new Zambia, â€Socialist Party General Secretary Cosmas Musumali said in a press release.

Observers point out that Edgar Lungu and his government have relentlessly concocted propaganda in an attempt to crush all forms of opposition. The hostility of the ruling party is not foreign to the Socialist Party. Their registration process was delayed by over a year in a country where most political parties are registered within two or three months.

In this context, the Socialist Party is a direct response to these stifling living conditions. â€œOur only alternative is a merciless fight,â€ Kafwabulula said.

Despite the anti-democratic tactics used by Edgar Lungu and his government, the Socialist Party has remained determined, undeterred in trying to build a party that aims to eradicate class and structural inequalities. â€œOur main goal is to return power not to the rich but to the masses, the majority of the masses, students and farmers,â€ Kafwabulula said.

â€œThis country is ruled by an elite whose interests do not match those of the Zambian masses,â€ Musamuli said, â€œThe Zambian masses want peace. They want justice and they want fairness. This is what the Socialist Party is there for.