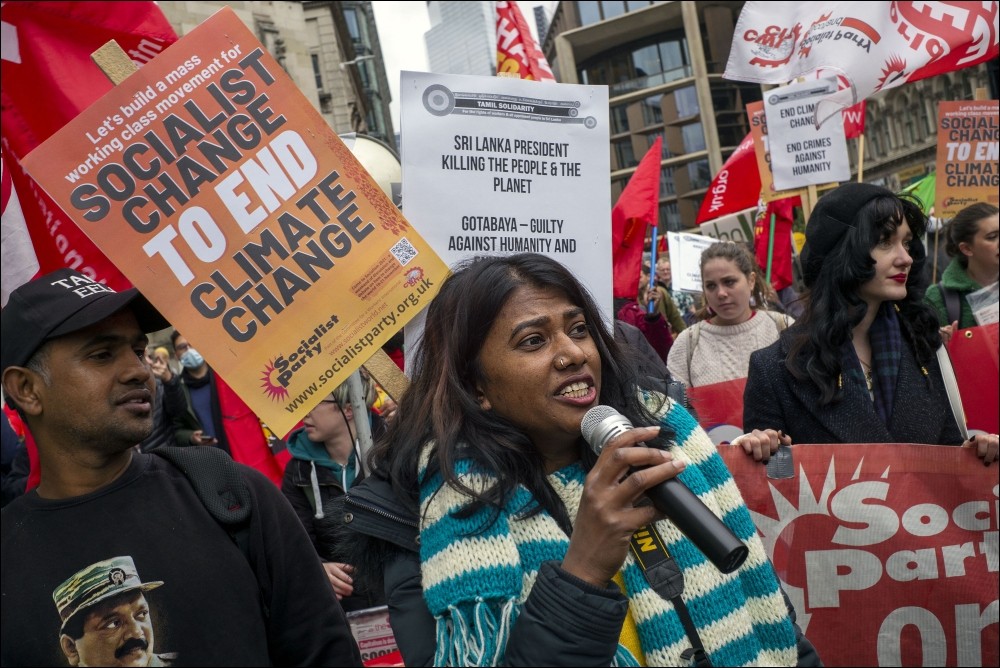 After the failure of COP26

An agreement was reached by the world’s capitalist leaders at COP26. An agreement that does not take the necessary measures to halt catastrophic climate change.

Based on the actual policies and measures of nations, and not on their “goals”, global warming is expected to reach 2.7 ° C. At the start of the summit, world leaders said they hoped to agree to limit the warming effect of capitalism to 1.5 ° C. The consequences, without radical change, will be disastrous for millions of workers and the poor.

After all the empty words and promises in Glasgow, world leaders are returning to their countries to kiss the hands of polluting businesses and societies. The promise of a comfortable position on the company’s board, or a few generously rewarded speaking expenses when they retire, often does the trick to make them forget what they said when they retire. these COP meetings. These are the same companies that use all the tricks in their playbook to exploit their employees.

And yet the leadership of this government is the opposite of that. They have spent billions on leave to pay employers’ payrolls and impose a 20% cut on workers. The Kickstart program is similar, 25 hours per week at minimum wage, paid by the government, jobless at the end. Meanwhile, there is a shortage of green skills – training for green jobs is simply not available.

Instead of putting public money to finance underpaid exploited jobs and apprenticeships, the government could finance the training of young people in green initiatives such as the creation of new forests, the reform of our heating and heating infrastructure. ‘energy, the renovation and expansion of public transport or the manufacture of spare parts for electric cars.

We simply cannot trust a system that demands profit above all else. Capitalism is unable, and the bosses do not want, to take effective action to stop climate change. No sweet words at COP26 will change the nature of capitalism, even when it threatens to make the Earth unlivable.

To secure a future, it is necessary to place production and distribution under democratic public control, removing the wealth from the 1% who profited from the theft of our future and condemn us to misery. So the Earth’s resources can be used not for the profit of a select minority, but for the good of mankind. There is no capitalism without climate change. Young people must unite and fight for our future, joining the fight for socialism.