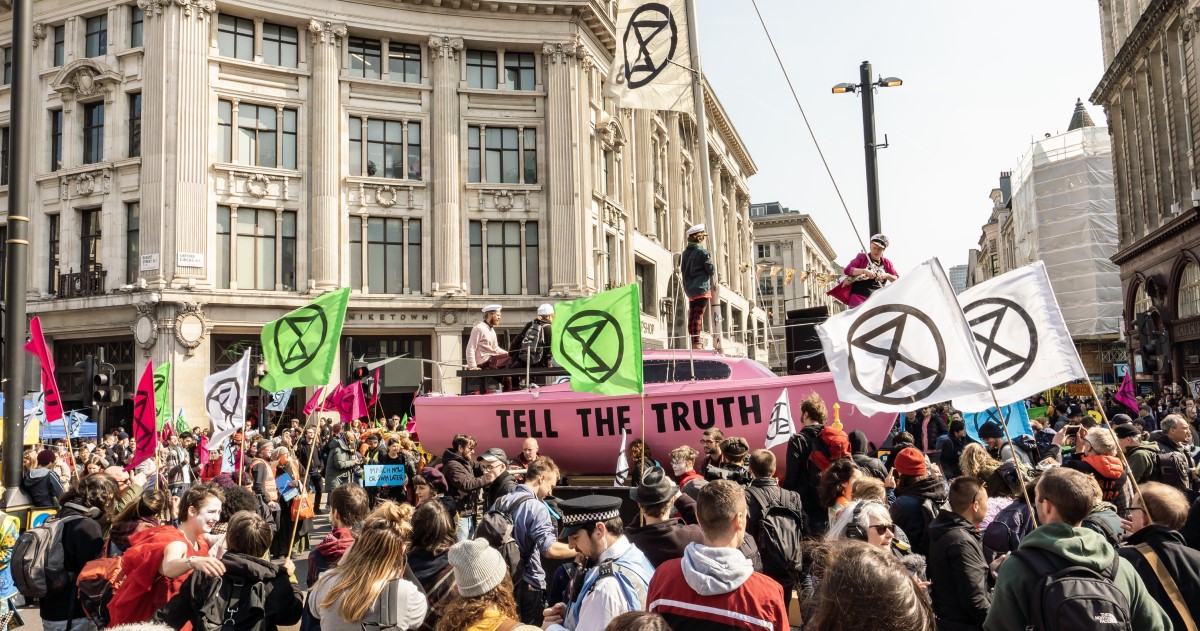 A campaign tactic is resurfacing in the climate movement, with multiple self-help groups and individuals committing acts of disobedience by deflating SUV tires. The aim is to immediately highlight the vast emissions of these vehicles through disruptive actions, related to both climate impacts and pollution. Some of the groups we heard about are called; The Tire Extinguishers, The Last Gasp and Tyred of SUVs.

XR UK is always happy to see new groups join civil disobedience work, for there to be more innovation in campaign tactics and to expand the work for rapid change. However, XR UK is not responsible for such actions, and this statement is intended to clarify certain technical differences to be aware of;

Responsibility – XR UK undertakes responsible non-violent civil disobedience, which means rebels bear the legal repercussions for what they do. We operate in an open and transparent manner and are visible in action. This doesn’t mean we should judge others who work differently, just affirm that our movement works “above the ground” by design.

Focus on individual lifestyle – XR was created with the ambition to achieve structural political change that can lead to a strengthening of democracy, in order to let citizens decide what to do to tackle the climate and ecological crises. While we welcome individual lifestyle changes, we recognize that our place in the movement ecology focuses on structural change.

Perhaps the most important reason why some people choose to act covertly may be because it is considered too difficult or too dangerous to act for which they are responsible afterwards. Some people are more at risk or more vulnerable to the adverse consequences of actions than others, and some political contexts are safer than others. Some are unable to give the necessary commitment to take responsible action, often with inevitable legal consequences. More privileged people are often in an easier position to take the risks involved in open and responsible action. However, the visibility that accountability gives to individuals can also be a strength as it often means that how people are treated by authorities can be more easily scrutinized and documented, which can work as a form of protection. Everyone must decide for themselves what type of action suits them best, taking into account their personal and material resources, the political context and their privileges.

Open, responsible and non-violent actions are risky, they have nevertheless been carried out by marginalized populations, in dangerous contexts and have been effective, sometimes remarkably. The American civil rights movement and the anti-globalization mass mobilization in Seattle in 1999 are two examples among many.