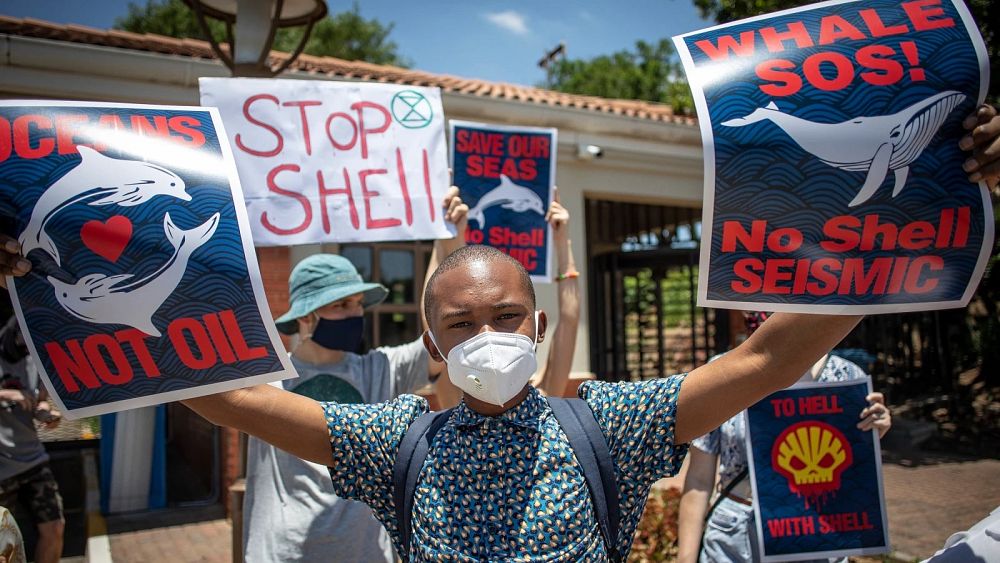 World Africa Day: 5 of the most important climate campaigns to watch

Although it has contributed the least to the climate crisis, Africa is the continent most vulnerable to climate degradation.

Seven of the ten countries most vulnerable to climate change are located in Africa, and its impacts threaten the livelihoods of more than 100 million people already living in extreme poverty. Faced with colonization and the plundering of its natural resources by the North, Africa’s emissions remain the lowest in the world.

To this day, Western countries continue to exploit Africa’s people and resources through traditional oil and gas production, but also through the extraction of rare earth metals that are used to fuel the transition to low-carbon economies in the countries of the North. But this neocolonial approach to climate action perpetuates human rights abuses and exacerbates economic problems.

On this World Africa Day, we are amplifying five powerful campaigns across the African continent that are resisting extractivist industries and fighting for the rights of local and indigenous communities.

Climate justice cannot be achieved without international solidarity, and the fight against oil and gas extraction is a global. We say, “not here, not anywhere”.

French oil giant Total and the Chinese National Offshore Oil Corporation (CNOOC) plan to build the world’s longest heated pipeline through Uganda and Tanzania. The East African Crude Oil Pipeline (EACOP) would stretch 1,445 kilometers (900 miles) and produce more than the two countries’ current combined emissions. It would pass through multiple diverse habitats that are home to endangered species, including Lake Victoria, Africa’s largest lake on which 40 million people depend for drinking water, fishing and tourism.

Another major concern is that the EACOP will result in the displacement of tens of thousands of people. In Uganda, 7,000 people from 13 villages have already lost land to make way for infrastructure. They are relocated to so-called “resettlement villages”, where they live in cramped conditions.

The #StopEACOP campaign has drawn international attention to COP26, and is currently pressuring banks and insurers to drop the project. World leaders are also facing growing pressure to oppose this highly destructive project, and activists around the world are leading the fight against EACOP in the courts and on the streets.

Ahead of Shell’s Annual General Meeting in Lagos, the African Network for Environmental and Economic Justice (ANEEJ) has demanded a halt to oil and gas production in Nigeria and an end to funding of the industry by the of England.

Oil and gas production in the country has a history of human rights abuses, which surfaced in international consciousness after the murder of the Ogoni Nine, in which Shell was directly implicated in the execution. Shell has been present in the Niger Delta since the 1930s, contributing “nothing more than grief, tears and blood” to the region.

The company’s unethical operations and the environmental pollution they have caused have led to poverty, conflict, loss of livelihoods and loss of life. And yet, Shell enjoys impunity: its obscene profits are spent on the best lawyers, who have allowed the company to escape accountability, court rulings and governments.

ANEEJ held a ‘people’s general assembly’ outside Shell’s Lagos headquarters this week, demanding an end to the destruction in the oil-rich Niger Delta region – and this is just the beginning.

‍Virunga National Park, located in eastern DRC (Democratic Republic of Congo), is a UNESCO World Heritage Site and a biodiversity hotspot. It is also Africa’s oldest national park and home to the last surviving populations of mountain gorillas.

The park is run by the Virunga Foundation, a British company that receives millions of euros from the EU. This money is used to employ armed guards and generate hydroelectric power which is sold outside the park, rather than benefiting local and indigenous communities.

The DRC sits on a wealth of untapped resources and the Congolese government has taken advantage of this by approving oil contracts with multinationals such as Efora and Total for exploration and seismic testing – although this is a clear violation of nature conservation and international conventions.

Total alone holds an exploration permit covering 21.5% of the park, putting it at risk of deforestation. The Semliki River, on which thousands of people depend, could become irreversibly polluted if oil and gas exploration continues.

The Fossil Free Virunga campaign, supported by XR Université de Goma (University of Goma), urges the Congolese government to assume its responsibility as a signatory to the Paris Agreement. They have also used non-violent civil disobedience tactics such as sit-ins and artistic performances to educate students and the general public about the dangers of oil exploration in Virunga National Park.

The students advocate for a tripartite management of the park, shared between local communities, the DRC government and the Virunga Foundation – guaranteeing transparency in the allocation of funds and the use of carbon credits.

‍Justiça Ambiental (JA!) is the Mozambican wing of Friends of the Earth, founded in the late 1990s by a group of friends concerned about Mozambique’s development trajectory in the process of globalization. Mozambique is one of the poorest countries in the world and one of the most climate-vulnerable due to its vulnerability to multiple climatic hazards such as tropical cyclones, floods and severe droughts.

Last year, Friends of the Earth (FoE) took the UK government to the High Court over its plan to approve £850m (€999m) funding for a liquefied natural gas project (LNG) in Mozambique, which would displace a number of the communities and emit more than the combined annual emissions of the 27 EU countries over its lifetime. The case was heard in December, with FoE arguing that the project had been wrongly found to be compatible with the Paris Agreement.

In court, something extraordinary happened: the two judges could not agree on whether or not the project violated climate commitments, and gave FoE permission to take the case to court. the Court of Appeal, which will decide whether the ministers acted unlawfully in approving the funding.

Sustaining the Wild Coast (SWC) is a grassroots group working to protect coastal villages in eastern Mpondoland, South Africa, their livelihoods and local culture. The indigenous residents of Amadiba are resisting environmentally damaging developments, such as mining and the construction of highways, in order to protect their land-friendly and sustainable way of life from capitalist and neo-colonial interests.

Last year, the group sued oil giant Shell over its plan to conduct seismic testing in vital whale breeding areas, which would have involved blasting sound waves through a relatively untouched marine environment. SWC successfully argued that Shell failed to meaningfully consult with those who would be affected by the seismic survey, and the court temporarily blocked Shell’s activities which the company tried to justify using outdated legislation .

SWC is now urging the court to issue a final appeal to end Shell’s seismic survey plans, and the case will be heard again on May 30.

This article was originally published on Cambo Stop by Jessica Kleczka.