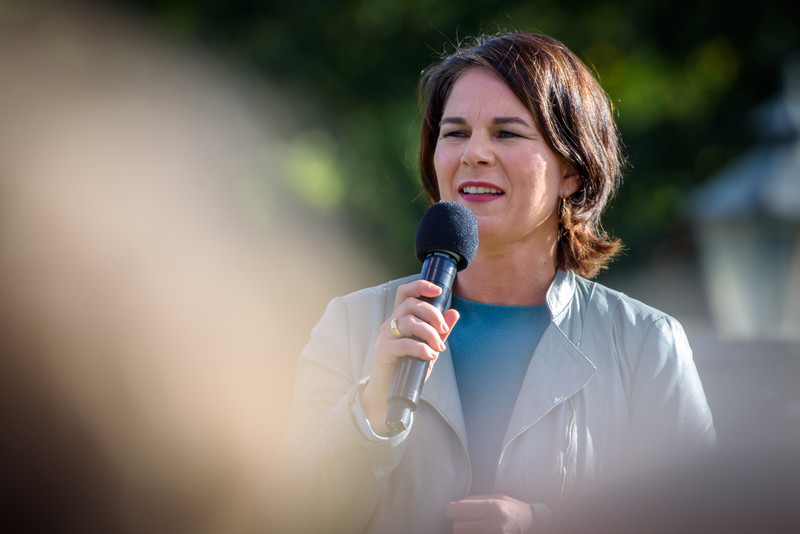 However, even with the three “traffic light” parties (red, yellow, green) signing a 178-page coalition agreement, there are a few roadblocks ahead.

The Greens and the FDP disagreement on major political issues. Although they both support the climate battle, their ways of introducing change are very different: the Greens advocate for stricter environmental laws and regulations, and the FDP calls for market-based solutions.

Yet if the coalition forces can both make concessions on how to finance new climate policies, Germany could enter a much greener post-Merkel era.

For decades, Germany’s reliance on fossil fuels has divided the country’s political landscape. But now that the Greens are in power, the new government could finally do what Angela Merkel never could and curb polluting industries.

So far, the Greens have kept their promises: the new coalition agreement puts climate change at the heart of German policy and includes climate goals that were previously unattainable for the Merkel government.

Merkel may have been dubbed the ‘climate chancellor’, but as a former environment minister herself, her mixed climate heritage left many wondering if she lived up to the title – Germany’s overreliance on fossil fuels being one of her blind spots.

Merkel may have succeeded in advancing the climate agenda on the world stage, but at home she was faced with competing demands influential car and coal industries and criticized for it close relationship with the German automotive sector.

But the winds of change have begun to blow.

The coalition agreement includes a commitment to move to 80% renewable energy by 2030, up from around 40% today. This will be a challenge for Germany which has struggled for years to switch to green energy, falling behind other European countries with the adoption of renewable energy.

The agreement also provides “ideally” for accelerating The exit from coal in Germany from 2038 to 2030 – notably accelerating the transition from fossil fuels to renewable energies. In addition, the three-party coalition aims to have at least 15 million electric vehicles on German roads by the end of the decade.

That said, the Germans themselves are rather reluctant: a survey carried out in 22 countries shows that the The German public is the most skeptical on the viability of electric cars.

Automakers and politicians have also faced trade unions who fear that electrification of the sector will lead to the loss of tens of thousands of jobs.

The importance of this debate should not be underestimated: the German transport sector is the single industry which has not reduced greenhouse gas emissions since the 1990s. Here, renewable energies such as biofuels could facilitate the transition.

Southeast Asia offers a potential alternative. In Malaysia, the national palm oil sustainability program MSPO has reduced deforestation steadily for four consecutive years, with around 93% of the country’s palm oil certified as sustainable.

Biofuels could reduce overreliance on fossil fuels – especially as governments’ plans to phase out fossil fuels fall far short of Paris Agreement targets, according to a UN report.

The Greens against “men who love cars”

Still, the business-friendly FDP could slow the decarbonisation of the German transport sector. Traditionally, they have been considered a group of men who love the car. They are staunch opponents of freeway speed limits and are unlikely to introduce many government targets in the automotive sector.

The automotive industry, at the heart of the new climate agenda, could be a insurmountable obstacle for the Greens. While the Greens aim to protect the environment from polluting industries, the FDP essentially hopes to free these industries from strict regulations.

The Greens have lost perhaps the most powerful office in the country to the FDP’s Christian Lindner, the new finance minister – arguably the most influential role outside chancellor.

This will likely signal a tougher approach to delivering on climate promises.

With Germany being Europe’s largest economy, its government decisions will inevitably shape the continent’s climate policies. Whether or not he leads the European climate battle will depend on how the collisions between the two small coalition parties, the Greens and the FDP, are resolved.