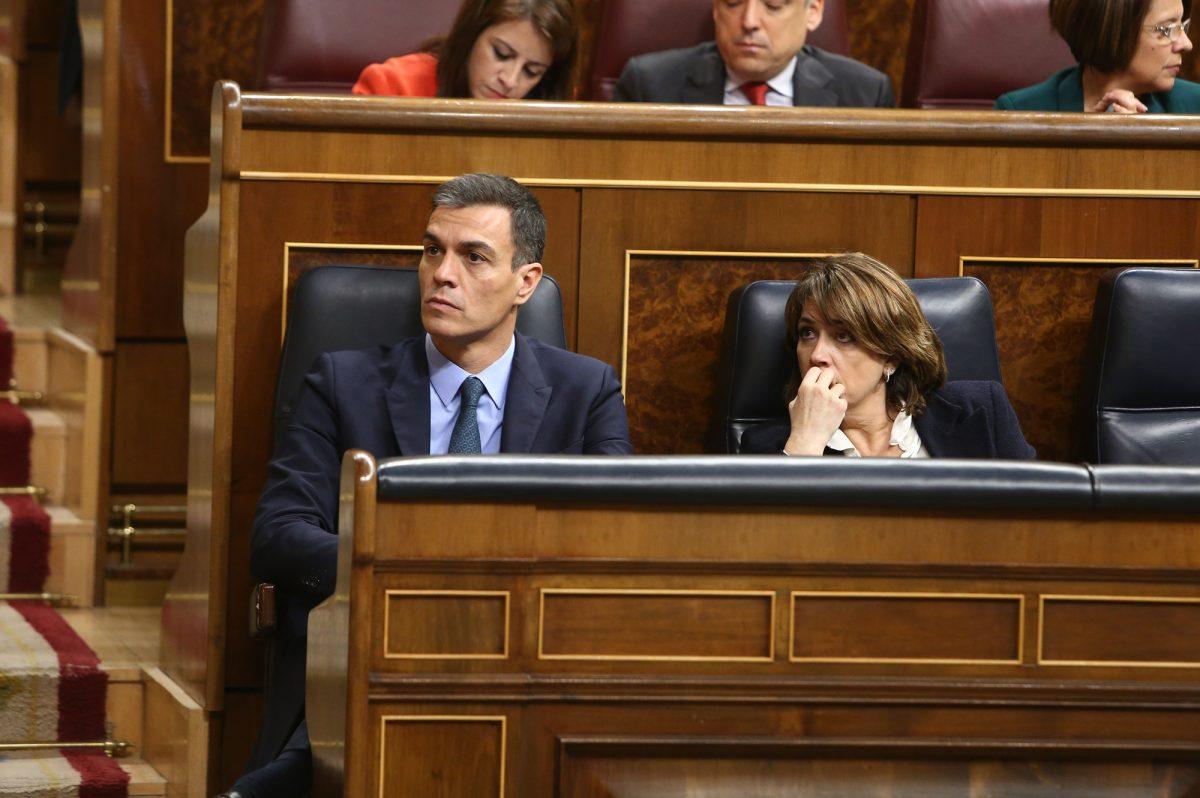 Last Sunday marked the most contested general elections in Spanish history. With a record 75% turnout, nine percentage points above the last election, the Socialist Party won in a political scenario more fragmented than ever. Spanish Prime Minister Pedro SÃ¡nchez called general elections last February after Congress rejected the general state budget. Now SÃ¡nchez is stronger than before but he will need the support of other parties to reach the executive because he did not get the majority enough to rule on his own.

As the polls have indicated, coalitions will be the key to forming a government due to the fragmentation of votes. Aware of the estimates, two inter-party blocs formed during the campaign, replicating the old left-right divide that existed before.

The Socialist Party (PSOE) and the anti-austerity party Unidas Podemos (renamed after the alliance between Podemos, the traditional left party Izquierda Unida and the environmentalist party EQUO) represent the Spanish left wing. The two left most of their differences behind to focus on a common enemy, Vox. However, the 123 seats won by the PSOE plus the 42 seats won by Unidas Podemos are not close enough to the majority (176 seats). This is where the nationalists can play an important role, especially after their brilliant results in Catalonia and the Basque Country.

On the other hand, the right-wing bloc was formed by the Conservative Popular Party (PP), which had the worst result in history (only 66 seats) and the liberal Ciudadanos (Cs), which increased its seats to 57. and aspires to be the leader of the opposition after the great defeat of the PP. Note also the entry of the new far-right party, Vox, in the Spanish Congress with 24 seats. After these elections, Spain will no longer be an exception to the European trend of far-right populist parties to gain popularity and seats.

In this context, it is not surprising that most of the economic proposals of the five parties largely reproduce the slicing into blocks. The clearest example is fiscal policy proposals. PP, Ciudadanos, and Vox promised a considerable reduction in taxes, especially with regard to income tax and its maximum rate. The three right-wing parties have argued that in order to increase consumption and grow the economy, people need to spend less than part of their income on the state.

Another important part of their tax manifesto is the reduction in inheritance and gift tax, as well as corporate tax, which they consider too heavy a burden for entrepreneurs. PP and Vox go even further by promising the complete elimination of wealth tax.

In contrast, the progressive bloc defends the progressivity of taxation as a mechanism for the distribution of wealth. The two Podemos and PSOE aim to increase the contribution of large companies and higher income taxpayers to â€œstate coffersâ€. In addition, the two parties have proposed the creation of new taxes such as the digital tax or the tax on financial transactions to offset social spending estimated in their manifestos.

For its part, Podemos wants to create a specific Tax both for the banking sector and for large fortunes while reducing VAT on basic products and supplies such as heating, gas and electricity. The aim is to protect and expand the Spanish welfare state by increasing income, unlike the liberal bloc, which intends to stimulate the economy by reducing the tax burden on individuals and businesses.

The other main pillar of economic manifestos is use, the pending subject of Spain. Despite the economic recovery, the unemployment rate is still at 14% and job insecurity has increased due to labor reforms aimed at making the labor market more flexible after the economic crisis. The main concern is linked to temporary work, which accounts for 26% of total contracts, i.e. twelve percentage points above the EU average. Aware, all political parties have made their fight against precariousness.

Regarding temporary contracts, the proposals go from one extreme to the other. Unidas Podemos proposes to ban temporary contracts of less than one month and to set a maximum of six months, after which the contract must become permanent. For its part, the PSOE has promised to simplify the types of three-party contracts (indeterminate, temporary and training), while the Vox manifesto speaks of reductions of 10% in social contributions to companies that create new permanent contracts for the unemployed. But Vox will only apply these incentives when companies hire workers of Spanish nationality, excluding migrants despite their legal status.

PP and Ciudadanos focused on self-employed in their manifestos, proposing tax cuts and incentives to encourage entrepreneurship while Unidas Podemos insists on the need to fight against the growing phenomenon of â€œbogus independentsâ€.

There is also a great contrast when it comes to the minimum salary, which already saw an increase of 22% in January after the agreement between the PSOE and Unidas Podemos. We are now at 900 â‚¬ ($ 1,030) per month but both parties claim to continue this trend and Unidas Podemos proposes to reach 1,200 â‚¬ ($ 1,340) per month during the next mandate. The PP has repeatedly viewed this measure as irresponsible because it could discourage hiring, while Ciudadanos prefers to introduce “wage supplements” for workers with less income instead of increasing the minimum wage.

Paternity leave has more consensus among the blocs, at least between Ciudadanos, PSOE and Unidas Podemos, they all agree on the progressive equalization of paternity leave to maternity leave up to 16 weeks in order to remedy the under-representation women in the labor market by encouraging a better sharing of family responsibilities. However, the differences predominate most of the time, especially when it comes to labor market regulation. Podemos wants to repeal the labor reforms introduced by the PP and the PSOE during the economic crisis. The PSOE wants to derogate from it in some parts to strengthen the role of the collective agreement as a guarantor of workers’ rights. And PP wants to deepen the flexibility of the labor market in order to create more jobs.

When the Spaniards voted yesterday, they chose not only the future government but also the future economic model, and more government interventions won the battle against economic liberalism.