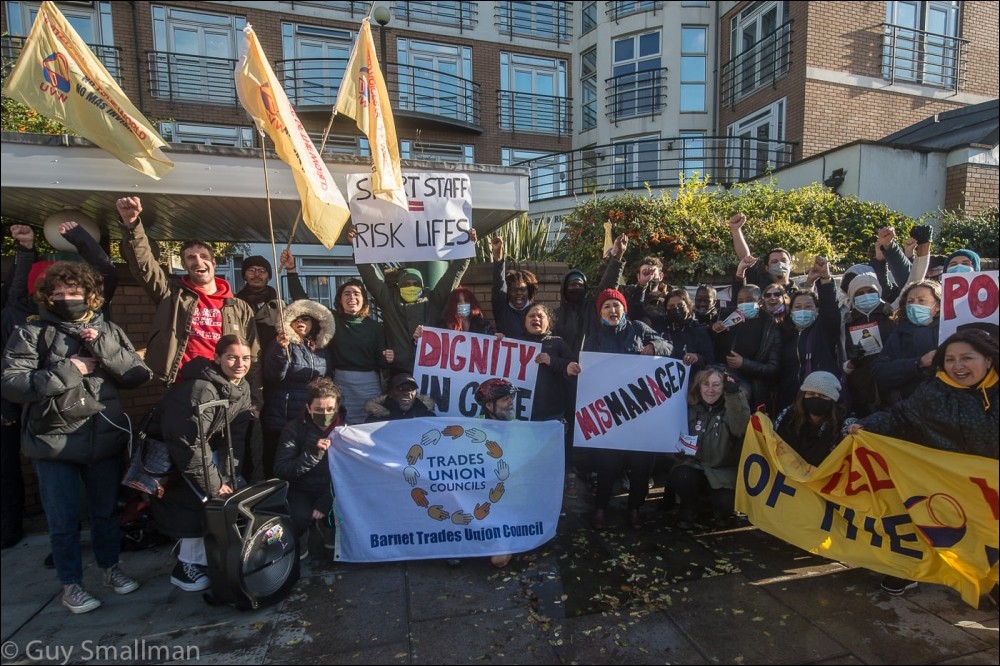 From The Socialist newspaper, November 24, 2021

Workers at Sage nursing homes in Golders Green, north London, have won an 11% pay rise to at least £ 11.05 an hour following a strike. The conflict began at the start of the pandemic in March 2020 when workers were forced to make their own PPE, and it escalated from there.

Members of the United Voices of the World (UVW), who work in care, housekeeping and maintenance, will now receive the London Living Wage. UVW described the move as a “huge victory for pandemic heroes”.

Bile, a senior social worker at Sage, said: “We have gone above and beyond to stand up for what we deserve. We know that none of us acting alone can be successful and we understand that there is still some way to go. way to go.”

UVW anticipates that this strike will be a historic turning point for caregivers. The courage of these workers could certainly serve as a lesson and an inspiration.

But for this strike to lead to more widespread industrial action, as the Socialist said in February: “It is vital that not only the UVW, but other big unions – Unite, GMB and Unison – come up with a plan. to popularize these demands and connect workers across the sector. This could spur some of the lowest paid workers to join a union and fight for a set of sweeping demands. “

The working class strangled by price hikes and wage cuts

Poorest retirees swindled by the ceiling on social benefits

Cancellation of the East line of HS2: Fight for a workers’ plan for public transport

The history of racism and elitism cricket

Midwives March Against Dangerous Staff and For Adequate Funding

Ending sexism and violence against women

What did you think of Socialisme 2021?

Support the walkout of university workers on wages and pensions

History of the working class

Chartism: the first workers’ movement in the world

The fight for accessible workplaces and an inclusive society

West Sussex: payments for council bosses, cuts for us