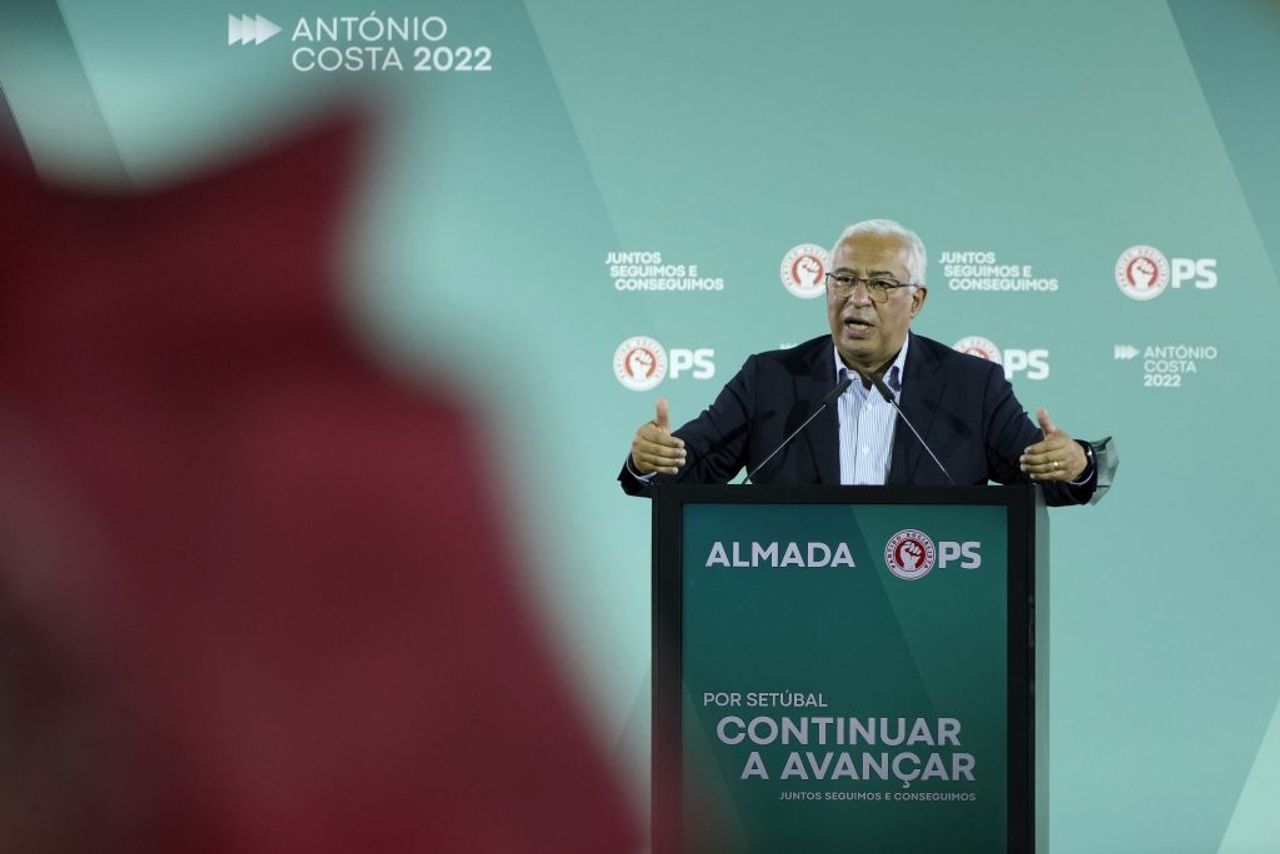 Portugal’s social-democratic Socialist Party (PS) was returned to power in the general elections on January 30, winning a surprise absolute majority.

The PS won 117 seats out of the 230 seats in the Assembly of the Republic, and just under 42% of the total vote. It is only the second time in the country’s history that a single party has been able to govern alone. The other was in 2011, when the right-wing Social Democratic Party (PSD) won over 50% of the vote.

Meanwhile, the petty-bourgeois Left Bloc (BE), a long-time parliamentary ally of the PS, saw its vote plummet from third party in the Portuguese Assembly to sixth. In the last elections of 2019, BE won 19 seats and almost 10% of the popular vote, dropping to just five seats and 4.5% of the vote on January 30.

The Democratic Unitary Coalition (CDU), an electoral alliance between the Stalinist Portuguese Communist Party (PCP) and the Greens (PEV), also saw a significant drop in support, dropping 12 seats and 6.3% of the vote in 2019. to six seats and 4.4% this year. These six seats went to PCP candidates, with the ENP losing all parliamentary representation for the first time.

The election took place as the pandemic continued to rage in Portugal. As in the rest of the world, COVID cases have exploded in this country over the past two months, fueled by the much more contagious Omicron variant of the coronavirus. The seven-day average hit an all-time high of around 55,700 daily cases over election weekend, with deaths averaging 40 to 50 a day in late January, the highest since last February.

According to health authorities, around one million people self-isolated due to COVID infection or contact with a confirmed positive case on election day, almost 10% of the Portuguese population. . Those in quarantine were, however, allowed to leave their homes to vote in elections, over fears that soaring infection rates would lead to mass abstention, in what was already a largely unpopular election.

While turnout was ultimately the lowest since the 2011 election, only 57.9% of voters cast their ballots, in a country where voter turnout has steadily fallen since 2005. When turnout is taken into account , the PS received the support of less than a quarter of voters. Portuguese voters.

No party was expected to secure an outright majority, with opinion polls ahead of the election predicting stagnant or declining support for the PS from their 36.3% vote in 2019. The polls had anticipated a tight race between the PS and the PSD, which was to increase its parliamentary representation.

This had sparked speculation about the possibility of forming a minority PSD government with the support of the fascist Chega party. PSD leader Rui Rio, however, ruled out the formation of a coalition government with Chega, declaring in a debate “I don’t want power at all costs”, and that there are “fundamental differences [between Chega and the PSD] that interfere with an agreement.

The snap elections were called in early November after Prime Minister Costa’s minority PS administration collapsed for six years amid mass strikes. The previous week, Costa’s government had failed to pass its 2022 budget in parliament, with the BE and PCP unexpectedly voting against. It was the first time a budget had been defeated since the 1974 Carnation Revolution toppled the State Novo regime of fascist dictator António Salazar.

The vote against the budget by the BE and the PCP was not the sign of a principled opposition to the austerity measures that the PS government planned to impose and has already been imposing for years. Both parties have loyally supported every PS budget since the party came to power in 2015 and are fully complicit in the attacks on the living standards of the workers who have accompanied them.

Between 2015 and 2019, the minority PS government governed through an alliance known as the geringonca (a “strange contraption” or “improvised solution”) with the BE, the PCP and the PEV – a confidence and supply agreement by which the pseudo-left and Stalinist parties agreed to support the government during all major votes. Since the 2019 elections, the BE and PCP have continued to support the PS from outside government, with no written agreement in place.

The BE and PCP’s last-minute decision to vote against the budget came amid a wave of strikes across Portugal, involving tens of thousands of workers from different industries. Railway workers, pharmacists, teachers, subway workers, firefighters, nurses, civil servants and prison guards all took part in industrial action between September and November, mainly calling for higher wages in the face of a significant rise in the cost of living. Terrified by the growing anger of the working class over years of declining living standards, the BE and the PCP felt compelled to vote against the government they supported, to maintain the charade they opposed to the austerity and stifle social opposition.

During the election campaign itself, the BE had crawled before the PS government, begging Costa to bring them back into a formal coalition. “For five years, the BE made possible the budgets of the minority PS on the basis of agreements to solve the problems of the country,” said BE leader Catarina Martins in November. “It is our will.”

While the tactical vote to prevent a far-right coalition of PSD and Chega may have played some role in increasing the vote for the PS at the expense of its pseudo-left supporters, the roots of the disintegration of the BE and PCP reside in larger processes.

The BE and PCP are deeply discredited after years of open support for the PS government’s right-wing policies. They no longer have any credibility as a supposed “alternative” to the PS, having worked hand in hand with the government to impose austerity and break strikes for seven years. Many voters would have seen no reason to vote for parties which are, except in name, an appendage of the PS.

The other big beneficiary of the collapse in support for pseudo-left parties was the far-right Chega (Enough), which increased its seats by one to 12. Its share of the vote, although still low , was multiplied by nearly six. , from 1.3% in the last elections in 2019 to 7.2% this year.

Chega became the third party after the PSD, which won 76 seats (three less than in 2019) and 29.3% of the vote. While Chega won a smaller percentage of the vote than in the presidential elections last year – when his candidate and party leader, André Ventura, won almost 12% and more than 100,000 more votes – he has made significant gains in the three years since its founding.

Ventura celebrated the party’s increase in votes, declaring in an election night speech “What a big, big, big night.” He continued: “António Costa, I am suing you now”, stating that he wants to build a “great right-wing alternative to replace the ruling PS… We will be the opposition in Portugal”.

Chega’s ability to present itself as the only “opposition party” in Portugal is due to the reactionary role played by the Left Bloc and the PCP. The example of many ‘left populist’ petty bourgeois parties across Europe shows the failure of any perspective aimed at pressuring the ruling class to adopt ‘progressive’ policies.

Wherever these pseudo-left tendencies have come to power, such as Syriza in Greece, Podemos in Spain and the Left Bloc in Portugal, they have manifested their hostility towards the working class, loyally carrying out the austerity dictates of the banks, large companies and the European Union. Workers in Portugal, Europe and the world must break definitively with these pro-capitalist organizations and build sections of the International Committee of the Fourth International in each country to fight for socialism.

Review of the WSWS

This review examines the response of pseudo-left political tendencies internationally to major global political events of the past decade.

Patterns of eukaryotic diversity from surface to deep ocean sediments

5 of the most award-winning environmental campaigns of 2021