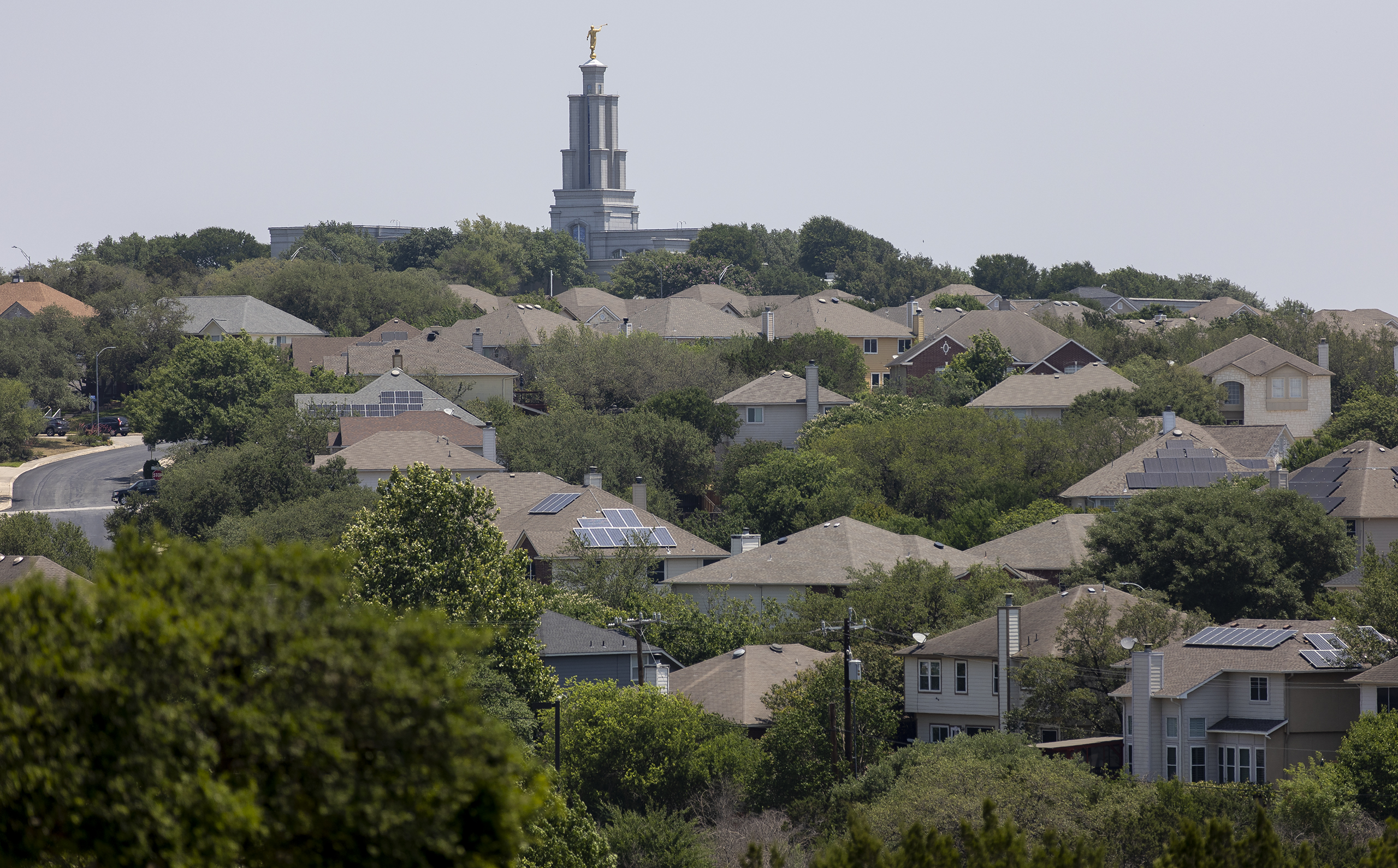 It’s been almost 300 years since San Fernando Cathedral was erected right in the center of San Antonio in the mid-1700s. An engraved marker embedded in the floor of the cathedral proclaims it the geographic center of the city. But stay in San Antonio for a while and it soon becomes apparent that Faith has been the cultural and societal center of this town since its inception.

When Spanish Catholic missionaries flocked to the South Texas area to convert natives and establish trading posts, they built five missions in that area alone, as if they couldn’t stop building until the city has become synonymous with the Catholic faith.

Now, hundreds of years later, San Antonio has become a tourist destination for many reasons, but one of the main draws remains its historic places of worship. Designated in 2015 as UNESCO World Heritage Sites, the main attraction at each site is the chapel, a church sanctuary where, in some cases, mass is still celebrated weekly.

Reverend Ann Helmke, the religious liaison for the city of San Antonio, said faith runs deep in the city’s DNA. An example of this is the traditional blessing ceremony at San Fernando Cathedral for all newly elected City Council members before they take their oath.

“They are reminded that San Antonio was founded on faith,” Helmke said. “It’s not just about changing policy or building sidewalks. We want to be the best people possible to take care of ourselves and each other.

During the city’s tercentenary celebration in 2018, Helmke said no less than 26 different religions were represented by individual religious leaders who were invited to share blessings and pray for the city.

This diversity of religions represented at an official city event is a testament to how the city has remained religious, but has also come a long way since the culture of the 1700s when Catholic Christianity was the only religion recognized by the government. Spanish or Mexican.

After Texas gained independence from Mexico and eventually became part of the United States, new non-Catholic churches began to appear in the city.

Temple Beth-El, a synagogue founded in 1874, is one of San Antonio’s oldest houses of worship, the oldest synagogue in South Texas, and a monument to the city’s growing religious diversity at that time.

But if Temple Beth-El was the city’s first Jewish congregation, it certainly wasn’t the last. Today, San Antonio has about 12 different synagogues and Jewish organizations.

According to the data collected in 2020 by the Public Religion Research Institute, Bexar County has a religious diversity score of 0.803, which is well above the national average of 0.625. The institute’s Census of American Religion found that at least 1% of Bexar County’s population identified as Jewish, 1% was Muslim, and 1% Mormon.

However, the actual numbers may be higher than the survey shows, as it recorded the Hindu and Buddhist population as 0%, when in fact there are several Hindu temples in San Antonio and at least five Buddhist congregations in the city.

One of the most striking examples of Hindu presence in Bexar County is the elaborate temple built in 1989 in the hills of Helotes. A large Mormon Temple, one of only four in Texas, was also built in the city’s Stone Oak neighborhood in the early 2000s.

The Muslim presence in the city has also increased in recent years with at least nine mosques, as well as other Muslim organizations springing up in the city. Khadija Aboueisha is the director of public affairs and civic engagement for the local chapter of the Muslim American Society. She believes the growing presence of Muslims in the city and the interfaith work they do can help educate the public and crack down on discrimination.

“We are collaborating with other local churches or mosques in the area to bridge this gap between other communities,” Aboueisha said.

Many other religions are represented in San Antonio’s diverse houses of worship, including thriving Sikh and Mennonite communities, a distinctive Quaker meetinghouse designed by a leading architectural firm, several Greek Orthodox churches, Baha congregations Churches and Unitarian Universalists and, of course, many Evangelical Christian and Catholic churches.

Anthony Blasi, a retired sociologist who taught at UTSA and Tennessee State University, literally wrote the book on Religious Diversity in San Antonio, an in-depth research project titled An urban ecological sociology of religion: the case of San Antonio, Texas. He said the emergence of many different religious groups in San Antonio can in most cases be attributed to the city’s industries that attract immigrants from many parts of the world.

The Hindu temple of Helotes, for example, probably came into existence because a significant number of South Asian immigrants sought employment opportunities in health care or technology over the past decades and decided to settle in San Antonio. Blasi said that development was happening on the northwest side of the city at that time and that is why the temple ended up in Helotes.

“My dentist’s name is Patel, my cardiologist is Patel, my oncologist is a hyphenated Patel,” Blasi said, explaining that an influx of immigrants from India and other countries is helping to strengthen the community on the northwest side of San Antonio.

Blasi said the universities and military bases in San Antonio have also played a role in bringing new cultural and religious groups to the city, which is why there are Filipino and Korean church groups near the bases. military.

While economic factors may have attracted different cultures and religions, Helmke says there’s something unique about the way religious communities in San Antonio thrive alongside one another, and it hasn’t. produced by accident. At many critical times in recent history, Helmke said, religious leaders in San Antonio have worked together peacefully to bring about change.

“During the civil rights movement, San Antonio didn’t have riots,” she said. “There were religious leaders who got together and said, ‘We’re not fighting here, because that’s not who we are.'”

Instead of leaving it to young people, groups of San Antonio clergy from different faith traditions staged their own sit-ins at the Majestic Theater and other venues, which helped the city integrate more peacefully. in the 1960s, Helmke said.

She believes this type of interfaith cooperative activism for justice and social causes began to define San Antonio’s faith communities from then on.

“All of these things stand on their own,” Helmke said. “Decades of service-oriented and collaborative leadership to meet people’s basic human needs. You know, for God’s sake, let’s help people and stand up for civil rights as leaders.

During his years as the city’s religious liaison, Helmke said he witnessed many acts of interfaith cooperation, such as the time a congregation of Latter-day Saints donated a mobile bathroom unit. costly for a Catholic charities project.

This attitude of cooperation and religious acceptance has created an environment that, according to Rabbi Mara Nathan of Temple Beth-El, continues to facilitate the establishment by various religious groups of their own religious communities in San Antonio.

“It’s a progressive city, so it’s a comfortable place for a lot of different religions to flourish,” Nathan said. “There’s a perception that people can be themselves in a more progressive city so they don’t have to hide their faith.”

Helmke thinks San Antonians benefit from being exposed to so many different religious traditions.

“When you become curious about others and [are] by learning from them,” she said, “you not only gain awareness of others and what you find in terms of common humanity, but it also brings greater self-awareness of who you are.