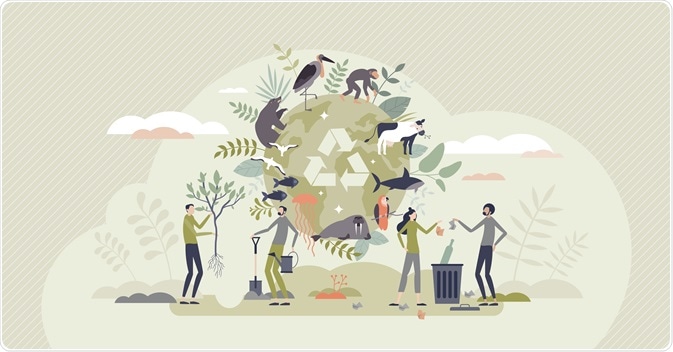 The diversity of life on Earth

Life on our planet displays an astonishing diversity. That’s what we call biodiversity. This article will address this topic, exploring the variety of organisms and why this diversity is important for the continuation of life on Earth.

Life is a complex web, with each species interacting with each other, from the simplest bacteria and viruses to humans and other complex multicellular organisms. Each organism has evolved to uniquely adapt to its environment.

The term biodiversity is applied to life at all levels, from its genetic makeup to the entire ecosystem in which individuals reside. Biodiversity encompasses evolutionary, ecological, behavioral and cultural aspects. The study of biodiversity is interdisciplinary, having experienced exponential growth since the end of the 20e century when concerns about biodiversity and habitat destruction began to enter mainstream discourse.

Human culture and diversity can also be considered part of biodiversity due to the effects of human society on nature. We both affect and are affected by the species we share the planet with as well as the sea and landscapes around us and those in which we live.

We have altered the world in unique and sometimes damaging ways throughout human history, altering the makeup of species in entire ecosystems. In turn, life forms such as animals and plants have adapted to our influence.

The diversity of living species and the importance of biodiversity

1.2 million species have been discovered by scientists. Insects constitute by far the largest proportion of all life on Earth identified. For every person on Earth, there are about 1.4 billion insects (about 10 quintillions in total). Much mystery surrounds the species that have not been discovered.

Biodiversity is important because, in addition to the interdependence of living species that maintain healthy ecosystems, human society benefits from it for many purposes. We use different species for food, medicine, research, nutritional supplements, clothing, etc.

It is generally accepted that there are five main groups of organisms on Earth, although there is some debate about this. The five main accepted realms are:

All members of this major branch of life are eukaryotic, multicellular, and heterotrophic, and must consume other organisms in order to live.

Animals exist in almost every ecosystem on Earth, from the highest mountain peaks to the abysmal depths of the ocean. The kingdom also contains the most species, due to the inclusion of insects (which account for over 90% of all life discovered to date.)

Animals are generally divided into two main groups: vertebrates and invertebrates. Some groups of animals include:

With a few exceptions, animals are mobile and many have adapted to thrive in their own ecological niches. Some are more specialized than others, and many animals are used by humans for food and materials.

The Plantae kingdom contains all species of plants. Multicellular eukaryotes are also found in a wide range of ecosystems. Capable of making their own food through photosynthesis, they also differ from animals by a cell wall that surrounds their cell membrane. Plants exhibit an array of characteristics that make them suitable for their environment, such as floral structures, intricate roots, shoots and leaves.

The plant kingdom is divided into five subgroups. These are:

Plants play a vital role in sustaining life on Earth by producing oxygen. They are used by humans for food, construction, medicine, and a plethora of other commercially important applications.

Fungi are a distinct kingdom of eukaryotic organisms which include yeasts, molds, and fungi. A defining characteristic of fungi is cell walls containing chitin. Fungi also share characteristics of animals in that they are heterotrophic and must digest external nutrients in order to live. They are the main decomposers within environments and therefore play a key role in several nutrient cycles.

Fungi are ubiquitous in many ecosystems and have long been used in food production. Some are parasitic in nature and many produce toxins that make them harmful to human health. Fungal species such as penicillium mold have been used to provide antibiotics to combat pathogens.

Fungi can produce sexually, asexually, via homothallism, genetic exchange via parasexual mechanisms and via spores. Unlike animals and plants, the fossil record of fungi is patchy: this is due to a variety of factors, including the lack of fruiting preservation and the microscopic nature of many fungal structures.

In 2019, scientists discovered a fossilized mushroom, Ourasphaira giraldae, which may have existed on earth around a billion years ago, making terrestrial fungi much older than their plant counterparts.

Protists are unicellular eukaryotic organisms. This kingdom includes amoeba, paramecia, euglena and trypanosoma. Many species in this kingdom are parasitic, and many exhibit animal behavior such as motility and predation. They also lack a cell wall, which distinguishes them from algae. They feed by heterotrophy. More than 50,000 species of protozoa have been identified to date.

Species belonging to the Monera kingdom are prokaryotic (one-celled) organisms that do not have a true nuclear membrane in their cells. Bacteria and blue-green algae are members of this kingdom.

Many are pathogenic in nature, while some contribute to important processes such as the nitrogen cycle. Various species are also symbiotic and make possible several biological processes (such as gut bacteria in humans and mammals.) Several species in this kingdom have vital commercial applications.

About 30,000 species of bacteria are known and constitute the majority of the biomass on Earth. It is estimated that there are as many as 1,000 billion species of microbes, which shows how little we know about the true diversity of life on Earth.

Archaea, the oldest form of life on Earth, is now considered a separate kingdom, and there is debate over whether viruses are technically alive.

Biodiversity: a crucial element of life on Earth

The fact remains that human influence has had an extremely harmful effect on the environment. Every day more and more species are threatened or extinct. Several species still to be discovered, which could provide us with products of industrial importance, are perhaps already threatened. Several are perhaps already extinct without our knowing their fate. Therefore, the protection of ecosystems and their biodiversity is a primary concern for scientists and governments.

Entertainment workers: keep fighting for what you deserve

URI researcher works for diversity, inclusion in science, one journal at a time – URI News