The distribution of the Covid-19 vaccine is a disaster 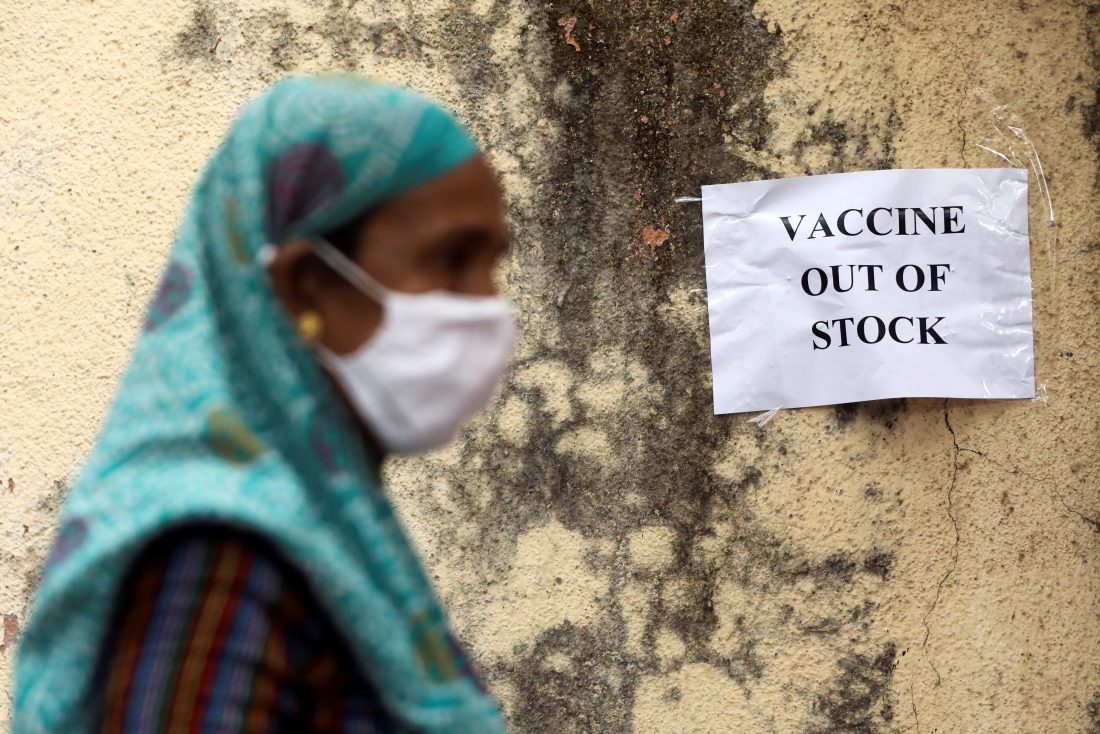 On April 8, in the midst of India’s second deadly wave of Covid-19 infections, a vaccination center in Mumbai ran out of stock. PHOTO: Francis Mascarenhas / Reuters

“It’s like putting a band-aid on a gaping hole,” said Andrea Taylor of Duke University, discussing wealthy countries in North America and Europe giving their own citizens Covid-19 vaccine boosters before that the rest of the world does not receive their first injection.

Covid-19 is a global pandemic. It respects no national borders and will continue to spread and mutate if it is not controlled everywhere. Keys to control are several very effective and universally available vaccines. Instead, Taylor’s statement exposes a great disparity on a global scale. Inequality is a problem that can be solved, but don’t expect it to be solved under capitalism. Instead of making vaccines universally available, manufacturers are simply doing what they do best: making a profit no matter who lives or dies. Governments around the world who want to block vaccines are paying money to for-profit manufacturers under complex trade deals. Public money funded research on the vaccine, and then the product was turned over to private companies to produce and resell governments to distribute. It’s impossible to say how many 200-foot yachts or 100-room mansions vaccine sales have funded.

Science, for profit. The World Health Organization (WHO) has announced that 31 vaccines have passed phase 3 clinical trials and are ready for use in humans. 184 others are under development. The fact that so many effective vaccines have come so quickly is a testament to talented scientists around the world.

But the unspoken goal of the WHO is to ensure that scientific discoveries can be patented and remain in private hands, not to protect the health of the world. The lucrative distribution of the Covid-19 vaccine is just one example. In most cases, scientific discovery begins in public universities and medical institutions. But the private sector controls almost all production and distribution. Their so-called public-private partnerships bring the products to market and collect the profits. Examples include the University of Oxford / AstraZeneca contract in the UK or the National Institutes of Health / Moderna arrangement in the US

By the end of 2021, major vaccine makers Moderna and Pfizer-BioNTech will achieve at least $ 70 billion in combined revenue primarily from Covid-19 vaccines. And, in China, Sinopharm and Sinovac are also there for the money – despite China’s impressive national vaccination campaign and its pledge to donate 2 billion doses to the world in 2022.

Vaccine supplies go to the highest bidder. The United States, the European Union, the United Kingdom and Canada have so far spent more than $ 100 billion on the manufacture and distribution of vaccines as well as the purchase of related supplies. And, they bought most of the vaccine supply from Pfizer-BioNTech, Moderna, Johnson & Johnson / Janssen, and AstraZeneca.

The haves and have-nots. The United States has partially immunized 60% of its population, but the rest of the Americas is far behind. A tragic illustration. Guatemala paid for the Russian Sputnik vaccine before acquiring the ultra-cold storage capacity necessary for its conservation, which risked altering the doses. Guatemala has vaccinated about 2% of its population. The right-wing government used the money earmarked for vaccines to buy military equipment to quell a native-led uprising. Leaders of the protest said it was, in part, against government corruption, which has done little to help the poor or stop the pandemic.

The rich countries of greater Europe, France, Germany and the United Kingdom, are more than 60% vaccinated. But Romania only vaccinated 20% of its population.

In Asia, wealthy Singapore has plenty of money for vaccines and has vaccinated 70% of its residents. But in the Philippines and Indonesia, only 11% and 10% of the population, respectively, have been fully immunized. In Vietnam, only 1.5%.

In India, in late spring, the Delta variant was spreading at a breakneck pace and coroners had to burn bodies in temporary crematoriums in parking lots. The situation is improving but only 30% of its 1.3 billion inhabitants have been partially vaccinated.

And there is no greater tragedy than in Africa, where people in 47 out of 54 countries have not received any vaccines. Zero!

WHO recognizes this injustice and has warned of it from the start of this epidemic and previous ones. But it is controlled by the very economic structure that is causing the problem. On paper, “COVAX” (an alphabet soup of organizations including the WHO) seeks to ensure equitable distribution of vaccines throughout the world. But in reality, this is a boondoggle founded at the World Economic Forum in Davos, Switzerland, where the wealthiest of the world’s elite meet every year. Miserable statistics show that COVAX is only effective in protecting its masters.

If there has ever been a case for genuinely cooperative public research and equal public vaccine manufacture and distribution, this is it. The human beings infected, hospitalized and killed by this global pandemic are the workers and the poor in every country. Meanwhile, the pharmaceutical giants have already made enough money on this disease to vaccinate every person on the planet. It becomes more and more urgent as capitalism continues to destroy ecosystems, so the next pandemic is likely already underway. (See “How Environmental Destruction Fuels Epidemics Around the World.”) The profit system has dragged us into this crisis, but we cannot expect it to get out of it.

Why do people of color join the ultra-right?