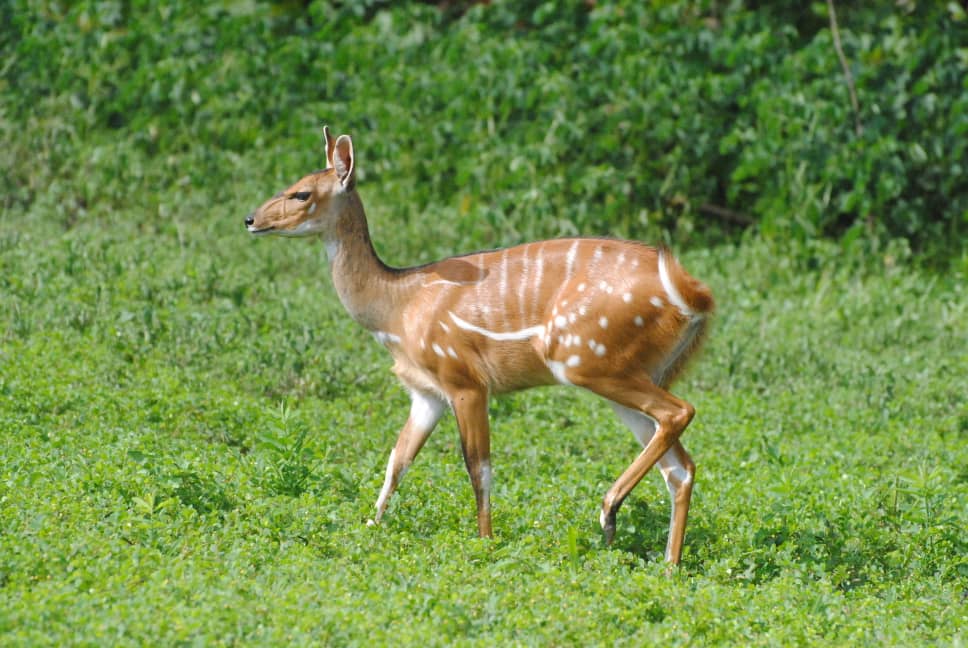 Researchers from ETH Zurich have concluded that the current climate is not the main reason why biodiversity is lower in tropical rainforests in Africa.

In contrast, biodiversity stems from the dynamics of mountain building and climate change.

Led by the professor of landscape ecology, LoÃ¯c Pellissier, the researchers used a new computer model that allowed them to simulate the diversification of species over millions of years of evolution.

The researchers say that the pantropical diversity disparity (PDD) is a good illustration of the uneven distribution.

Evidence, according to research, suggests that the different environmental and tectonic histories of the three tropical forest regions over tens of millions of years have had an impact on different levels of biodiversity. For example, the formation of mountains, islands or arid and desert areas.

“However, it is difficult to distinguish between the two factors in the current history of climate and the environment.” The research said. â€œThe results of historical simulations largely coincide with the patterns of biodiversity distribution observable today. ” He added.

â€œOur model confirms that differences in paleoenvironmental dynamics have produced an unequal distribution of biodiversity, rather than current climatic factors,â€ explains Pellissier. â€œGeological processes, along with global temperature fluctuations, determine where and when species emerge or disappear. “

According to research, one factor is crucial for high biodiversity on a continent: geological dynamics. Active plate tectonics promote both the formation of mountains, like the Andes in South America, and the emergence of archipelagos, like in Southeast Asia.

Both processes, he said, result in many new ecological niches, which in turn give rise to many new species.

Africa’s rainforest belt, however, has had less tectonic activity over the past 110 million years and is relatively small as it is bordered by arid lands to the north and south, limiting its spread.

“Species from humid regions can hardly adapt to the dry conditions of the surrounding arid lands,” said Pellissier.

The â€œgen3sisâ€ model developed by ETH Zurich researchers was only recently presented in the journal PLoS Biology. It is a mechanistic model in which primary constraints such as geology and climate are represented as well as biological mechanisms from which biodiversity models can materialize.

â€œWith these four basic rules, we can simulate the dynamics of populations of organisms under changing environmental conditions and offer a very good explanation of how organisms arose,â€ said Pellissier.

Researchers can simulate species diversity using the model without needing to enter data for each species. However, the model requires data on the geological dynamics of the continents considered, as well as on humidity and temperatures from climatic reconstructions.

Researchers are now refining the model and performing simulations to understand the emergence of biodiversity in other species-rich regions, such as the mountains of western China. Fashion code and paleoenvironmental reconstructions are open sources.

Gardening for wildlife enhances bird diversity beyond your own backyard