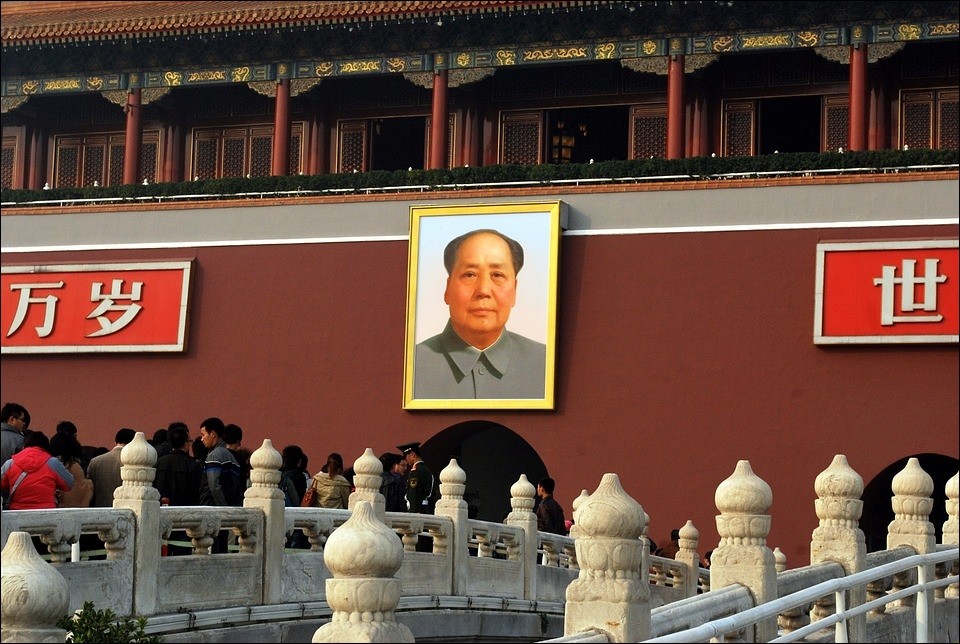 the benefits of the planned economy stifled by bureaucracy

This year marks the 70th anniversary of the Chinese Revolution. In the second in a series of articles marking this event, Tom Baldwin looks back on the period following the declaration of the People’s Republic of China

The Chinese revolution of 1944-49 freed millions of people from the yoke of capitalism and imperialism in the most populous country in the world. However, the society that replaced him was not really socialist. From the start, it was, in the parlance of Marxism, a “deformed workers state”, modeled on Stalinist Russia, albeit with its own characteristics.

Steps have been taken to collectivize agriculture, nationalize private enterprises and plan the economy. However, this plan was not under the democratic control of the workers. Instead, society was run from top to bottom by a dictatorial and bureaucratic clique at the head of the Chinese Communist Party (CCP), led by Mao Zedong.

This meant that politics were dictated by the whims of the bureaucracy, and sometimes subject to abrupt changes as a result of splits and power struggles within the ruling group.

Despite these enormous distortions, the planned economy was still able to prove its superiority over the capitalist market by bringing about rapid development and improvements in the lives of the masses.

During the 1950s, the economy grew by 10% per year, with industrial production growing twice as fast. These gains meant that the Chinese Revolution, like the Russian Revolution before it, was viewed internationally, especially by national liberation movements in colonial countries.

However, given the bureaucratic and forced nature of the way these changes were implemented, they also came at a high human cost.

An example of the regime’s sudden and brutal leadership changes was the Hundred Flowers movement and its aftermath. From the end of 1956, this was started by Mao in an attempt to appease frustration with the bureaucracy.

Quoting a poem – “May a hundred flowers bloom, a hundred schools of thought clash” – he encouraged constructive criticism of the regime. At its peak, millions of letters were sent to CCP offices and public discussions on the issues facing China took place.

The policy was then halted in July 1957 and abruptly reversed. The “anti-right movement” that followed saw purges within the CCP and crackdown on dissidents. Many of them were persecuted for the criticisms they had previously been encouraged to make.

Internationalism, the spread of revolution and the construction of a world socialist production plan are vital for genuine Marxists. However, the Stalinist bureaucracies feared the prospect of revolutions elsewhere raising the people against them.

This self-preservation at the expense of the world working class was summed up in the Stalinist theory of “socialism in one country”. Nationalism is in the DNA of Stalinism, in its Soviet and Chinese forms.

This nationalist rivalry meant that from the late 1950s the bureaucracies in Moscow and Beijing became increasingly hostile to each other.

Before that, the USSR had been an ally, providing assistance after the revolution. This despite the fact that the so-called Stalinist â€œCommunist Internationalâ€ had encouraged the CCP not to take power and to subordinate the Chinese revolution to capitalist forces.

The Sino-Soviet split meant that China and the Soviet Union were without the enormous benefits that true cooperation could have produced. This increased the pressure on the bureaucracy around Mao to try to force the development of the economy.

The dangers of bureaucratic mismanagement of the planned economy have been vividly illustrated by the failure of the Great Leap Forward. It was heralded in 1958 as a mad rush towards industrialization. Workers and peasants were even encouraged to install backyard ovens for steel production.

The policy failed to produce the desired industrial growth, but instead meant the neglect of agriculture. This resulted in a famine in which tens of millions of people starved to death.

A consequence of this catastrophe was the effective demotion of Mao by others within the regime. In response, he launched the Cultural Revolution in 1966, mobilizing 22 million “Red Guards” against opponents of the CCP.

Under the guise of deepening the revolution and reducing the privileges of the bureaucracy, young people in particular have been drawn into a frenzy of activity.

They were instructed to destroy “the old four” – old customs, old culture, old habits and old ideas. Irreplaceable cultural and historical artifacts have been destroyed, a method completely foreign to the true traditions of Marxism. Hundreds of thousands of workers and young people have died as a result of this power struggle.

By calling on forces outside the bureaucracy to wage a fight inside, the Mao wing had unleashed forces that risked slipping out of its control.

While Mao had called for a cultural “revolution”, the whole bureaucracy feared a real revolution, an independent movement of the working class that could threaten its power and institute workers’ democracy. Mao eventually used the army and militia to violently suppress the Red Guard.

Mao’s death in 1976 again altered the balance of power within the bureaucracy. The ‘Gang of Four’ were leaders of the CCP who rose to prominence during the Cultural Revolution, led by Jiang Qing, Mao’s last wife.

After Mao’s death, they were denounced as counterrevolutionaries, removed from power and accused of treason. This allowed Deng Xiaoping, who had been purged during the Cultural Revolution, to become the most prominent figure in the CCP regime.

Deng initiated the first steps that culminated in the re-emergence of Chinese capitalism, the dominant trend in China today (see Socialist next week).

The history of Mao’s China demonstrates the power of the planned economy but also the crimes of the Stalinist dictatorships. It is a lesson for workers that in order to harness the full potential of the socialist plan and avoid the danger of capitalist restoration, bureaucratic tendencies must be fought at every stage.

The Socialist Party follows the tradition of Leon Trotsky, a key leader of the Russian Revolution, who spent the latter part of his life fighting against Stalin’s dictatorship. Trotskyism enshrines the need for workers’ democracy and internationalism as vital to the program of socialist revolution.

Read the first article in our series … “The Chinese Revolution of 1944-49: The Second Greatest Event in Human History” on socialistparty.org.uk