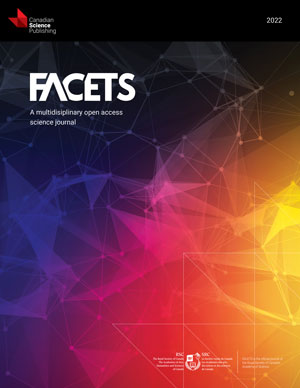 Temporal diversity patterns of fungi and mites associated with the decay of Sporobolus pumilus (Spartina patens) in the Minas Basin, Nova Scotia

By Verlene D. Cartwright Last updated Jul 11, 2022
Share
This study was conducted in the Wolfville Salt Marsh in Wolfville, Nova Scotia, Canada, on the Minas Megatidal Basin, which experiences diurnal tides. The marsh faces north on the Cornwallis River, with a second fragment on the north bank. Three sites were chosen, two of which were located in the western and eastern parts of the southern part of the marsh, divided in the middle by Wolfville Harbour. The third site is located in the northern part of the marsh, separated from the other two sites by the Cornwallis River (Fig. 1). Site 1 (45.094672°, −64.355659°) was located southeast of the marsh. The site was lower than the other two, allowing for more frequent tidal flooding. Wetter sediments allowed greater coverage by Sporobolus alterniflorus (Loisel.) PM Peterson & Saarela (formerly Spartina alterniflora), although the site is still dominated by Sporobolus pumilus. However, the relative abundance of S. alterniflorus compared to sites 2 and 3 is the most obvious distinguishing feature between the three sites. Site 2 (45.097542°, −64.364201°) was southwest of the marsh, near the bank of a creek, 0.75 km northwest of Site 1. This site was more higher than Site 1, resulting in drier sediments and a virtual monoculture of S.pumilus. Vegetation cover was very dense at this site, devoid of any bare sediment. Site 3 (45.104801, −64.365388°) was in the northern part of the marsh, 0.85 km north of Site 2 and 1.35 km northwest of Site 1, only a few meters from the north bank of the Cornwallis River, which was rapidly eroding the edge of the marsh. This site was also entirely composed of S.pumilus; however, vegetation cover was thinner than at Site 2, with prominent patches of bare sediment between plants. Individual plants tended to grow shorter here than at Sites 1 and 2. Further discussion of the marsh plant composition of the Wolfville Salt Marsh can be found in Chapman (1937), from a period when the marsh was heavily disturbed due to agricultural activity. , where the author notes S.pumilus (as Spartina patens) form isolated clumps rather than dominating the high marsh as it does now, except for an area in the northern part of the marsh where S.pumilus was not collected for hay, and in this part grass was the dominant species.