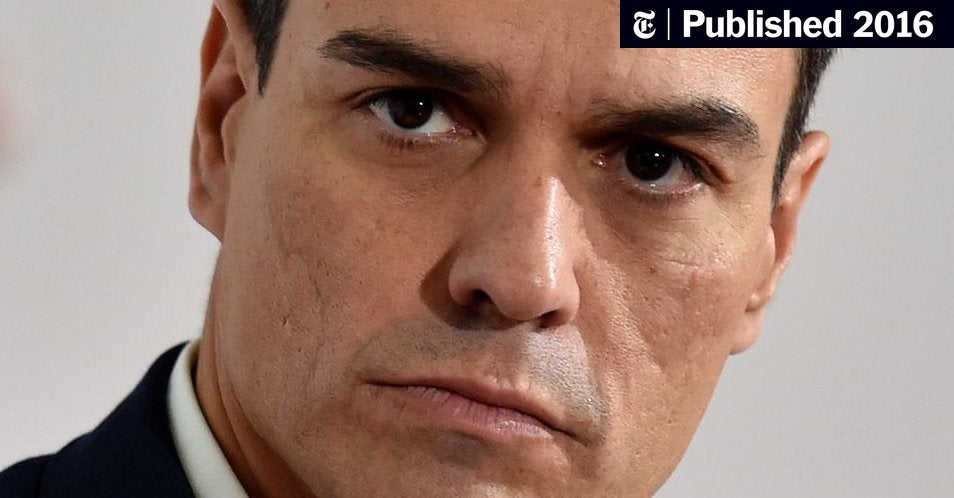 The political stalemate in Madrid also comes as the Catalan regional government continues its plan to separate from the rest of Spain. Catalan leader Carles Puigdemont said on Wednesday that Catalonia would hold an independence referendum in September 2017 if Madrid did not accept such a plebiscite before then. Mr Rajoy and the Spanish courts have previously quashed any attempt to hold such a referendum, on the grounds that it would violate the Spanish Constitution.

Mr. Rajoy and Mr. SÃ¡nchez have long been at daggers drawn and their relationship has at times been publicly acrimonious.

Mr SÃ¡nchez, 44, was a relatively unknown candidate when he was elected party leader in 2014. At the time he benefited from feuds between more established socialist politicians.

While he has since led the party to two defeats in national elections, he has managed to hold off Podemos, an upstart and radical party that hoped to get ahead of the Socialists to become Spain’s main leftist party. Instead, Podemos failed to add seats in the last election in June and has since been torn by internal strife.

On Wednesday, opponents and supporters of Mr SÃ¡nchez disagreed over whether the party’s statutes allowed the leader to continue. The executive committee initially had 38 members, two of whom had resigned earlier, while another member has died. With 17 members resigning on Wednesday, it was not clear whether the committee had an active majority, sparking a dispute over whether it could meet again or how the votes should be counted.

Whether Mr SÃ¡nchez holds up or not, Mr Rajoy seems like a good bet to stay in power, especially since he has managed to keep his party unified and stifle any effort to replace him.

â€œRajoy’s way of playing a winning hand is to hang on and not have to play his hand,â€ said Antonio Barroso, Spanish policy analyst at Teneo Intelligence, a policy consultancy. â€œRajoy was already the leader of a unified and hierarchical party with more parliamentary seats, but he is now also facing a party in rupture with vitriol, whose institutional renewal will be complicated and will take time, especially knowing that the fragmentation of the left is here to stay. “