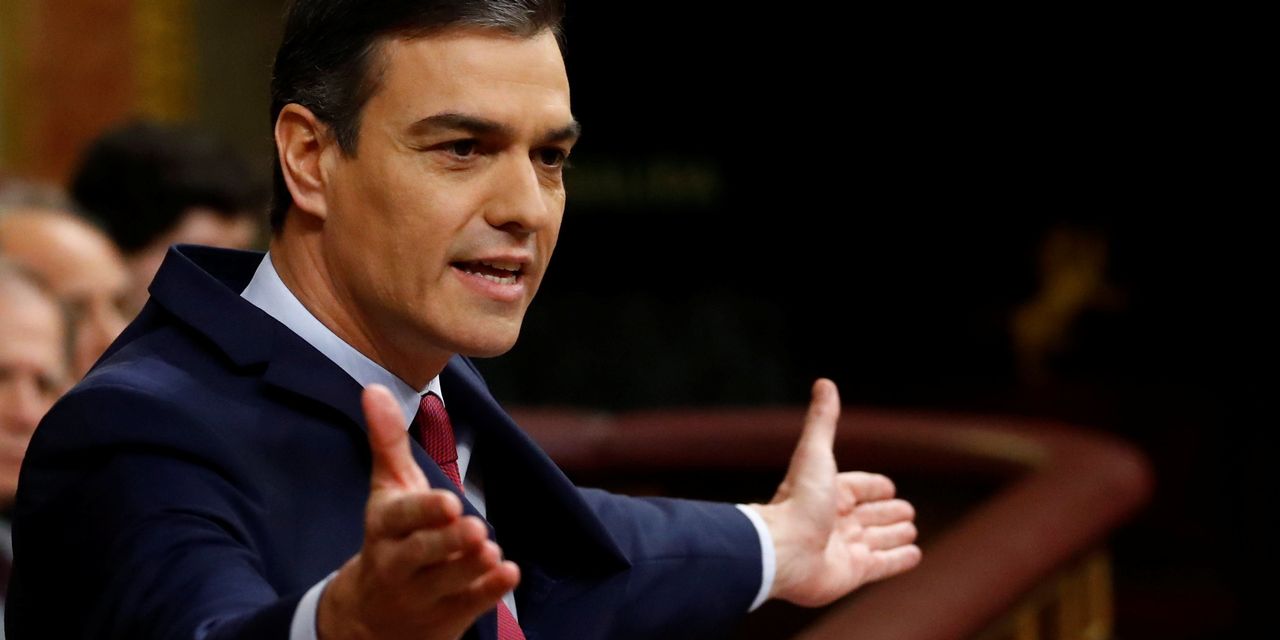 The Spanish Parliament in Madrid elected Pedro SÃ¡nchez Prime Minister, at the head of a coalition government between his center-left socialists and the far-left party Unidas Podemos. The government will be formally formed in the coming days but, even together, the two parties do not have an absolute majority in Parliament and will have to rely on the support of minority factions, including the Catalan separatists.

The country’s struggle to form a government and the fragile administration that has emerged is a symptom of political fragmentation in many European democracies, where the loss of voter confidence in many established political parties has made it difficult to find stable majorities. .

Spanish socialists and conservatives have alternated in power for decades, but neither can win the elections out of hand. Europe’s long financial crisis has accelerated the rise of insurgent parties such as Podemos, fracturing the landscape. The Socialists came first in the November elections, but with just 28% of the vote, while their main conservative rivals got just 21%.

Do you think Catalan will vote at the same pace to form a government? Why or why not? Join the conversation below.

The new government won the support of 167 out of 350 deputies in parliament, winning the vote thanks to the abstention of some Catalan and Basque nationalists.

Mr SÃ¡nchez, 47, became prime minister in mid-2018, but has been acting prime minister since elections in April last year. These elections, and a new vote in November, made the Socialists the largest party, but left them well below the majority.

The government of Mr. SÃ¡nchez will have to deal with the problem of Catalonia, a troubled and internally divided region where a nationalist movement advocates secession from Spain. Tensions between Madrid and Catalonia have been at their height since the region held an illegal referendum on independence in 2017. Late last year, the imprisonment by a Spanish court of the secessionist Catalan leaders who led the unauthorized plebiscite led to weeks of protests and riots in Catalonia.

Mr SÃ¡nchez, who relied on the abstention of 13 Catalan nationalist lawmakers to win Tuesday’s vote, was less confrontational with Catalonia than Spain’s conservatives. Mr SÃ¡nchez says he wants to solve the problem through dialogue and potentially greater autonomy for Catalonia.

“We will live in a time of dialogue, necessary to overcome territorial disputes,” SÃ¡nchez told Parliament on Tuesday.

However, he has repeatedly ruled out a referendum on independence, which remains the main demand of Catalan nationalists.

“This government will try to stabilize the patient, which is the Catalan conflict, but I think it is very unlikely that it will find a solution,” said Pablo SimÃ³n, political scientist at Carlos III University in Madrid.

Under Spain’s constitution, Mr SÃ¡nchez will serve as prime minister for four years, unless an alternative parliamentary majority installs a rival leader – a scenario that seems unlikely, given that some small parties would need him withdraw their support and regroup around another leader.

More difficult than mere survival will be the adoption of laws, including a budget, which must be done in the months to come. Mr. SÃ¡nchez wants to raise taxes for corporations and high net worth individuals while raising the minimum wage.

This and other legislative ambitions, such as giving more autonomy to the regions, will force it to find parliamentary majorities question by question. He will have to negotiate frequently with Catalan and Basque nationalists as well as with independent legislators.