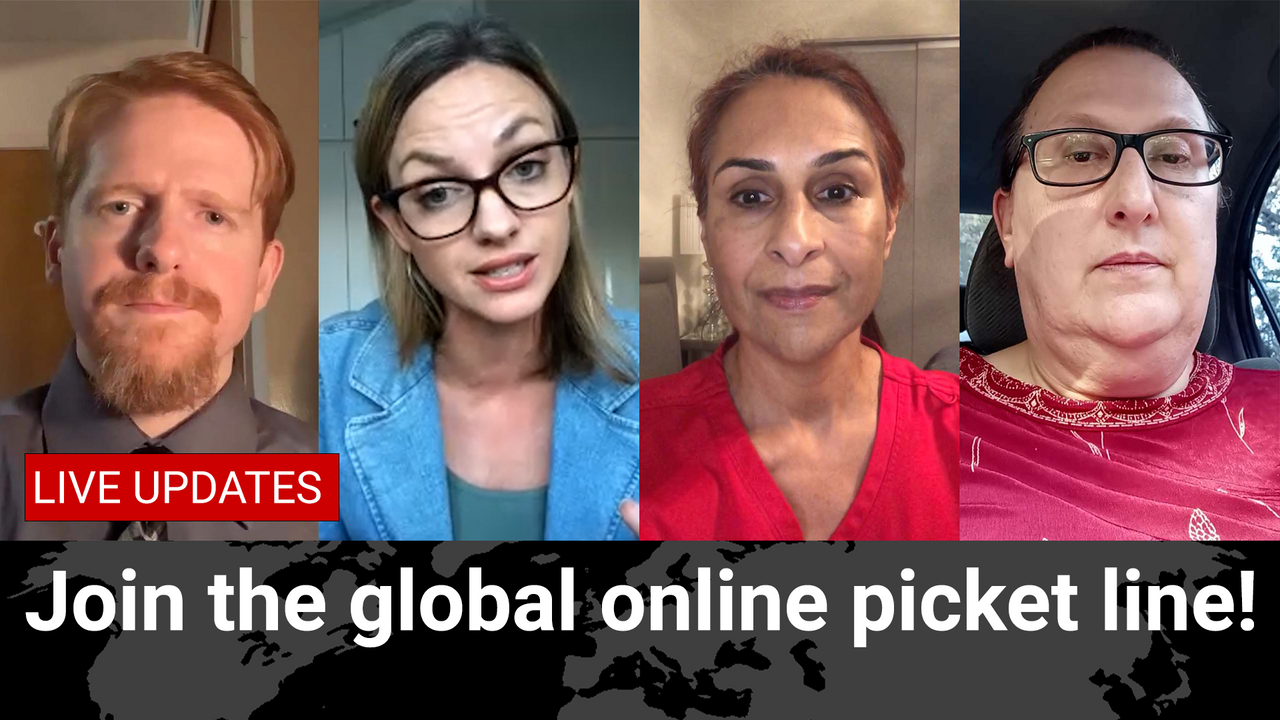 The Podemos party once protested against the “1978 regime,” a reference to the two-party system that followed the 40-year dictatorship of General Francisco Franco. He is today the most ardent defender of the Spanish bourgeois constitution on which this regime was established.

The electoral manifesto of the pseudo-left party of April 28 is divided into 10 chapters reflecting the articles of the Constitution. His goal is to secure ministerial posts for Podemos in a coalition government led by the Socialist Party (PSOE). Podemos claims that by being part of a PSOE government, rather than supporting it from the outside like he has done for the past 10 months, he will be able to exert more direct pressure and make turn the PSOE one way or another to the left.

Podemos leader Pablo Iglesias said: â€œThe Constitution must be present in this campaign; I hope those who claim to be constitutionalists are prepared to do so.

“We defend the strict application of the articles of the Constitution which protect people, but are not implemented,” he added, referring to articles relating to the provision of full employment and housing systems, “decent” health and social protection.

These concessions were included in the Constitution of 1978 to legitimize the filthy compromise between the PSOE and the Communist Party (PCE) with the Francoists, the Church and the Spanish army to â€œforgive and forgetâ€ the crimes of fascism. They were an integral part of the PSOE and the PCE ensuring the so-called “peaceful transition” to bourgeois democracy after Franco’s death by preventing a revolutionary account with the Spanish bourgeoisie by the working class.

The clause in Article 128 stating that “essential resources or services may be reserved by law for the public sector, especially in the case of monopolies” was explicitly promoted by the Stalinists during the transition. PCE leader Santiago Carrillo said he would “make socialist transformations possible” through parliamentary reform and without revolution.

The essential role of the PCE in preventing the workers’ struggles of the 1970s from turning into a revolutionary overthrow of the regime was understood by the Financial Time, the authoritative voice of British finance capital. He trumpeted in December 1978 that the PCE, “which controls the majority trade union confederation CC.OO and the best organized political party in Spain”, had been “crucial” during the Transition. “The active moderation shown by the Communists … was decisive in preventing Spain from falling into an abyss of civil war”, concluded the FT.

Socialist â€œtransformationsâ€ have never been on the agenda. Spain has experienced decades of high unemployment – in the past 40 years it has only fallen below 10 percent once, peaked at 27 percent in 2015, and remains at 15 percent ( 32 percent among young people). Since the global economic crash of 2008, years of austerity have seen a continued decline in real wages, an explosion in temporary employment contracts and the undermining of public services.

Today – October 1, 2021 – Parents, teachers and workers in countries around the world are backing British parent Lisa Diaz’s call for a one-day school strike to fight the deadly reopening of schools as the COVID-19 pandemic is raging.

Today, Spain is going through a deep economic and political crisis, reflecting the postwar collapse of order. The two-party system that has dominated Spanish politics since Franco’s death is collapsing as a result.

In the past four years, there have been three general elections, two prime ministers, more than 10 months under unstable interim governments, and two budgets that were not passed by parliament. As elsewhere in Europe, authoritarian forms of police government are brewing. The Francoist ideology is manifested again openly under the guise of the rising Vox party, which demands major revisions of the Constitution to roll back regional autonomy, ban secessionist and Marxist parties and restrict the right to strike.

The trajectory of the PSOE has been to move further to the right. In 2010, Article 116, which deals with states of emergency, was used by the Zapatero PSOE government to put air traffic controllers under military discipline. The following year, the PSOE, with the support of the Right People’s Party (PP), amended Article 135 to “ensure fiscal stability”, making public debt repayment a priority over social spending. This provided the legal framework for the austerity supported by the EU. In 2017, Article 155 was used to suspend the elected regional government of Catalonia by Prime Minister PP Mariano Rajoy with the full support of the PSOE.

During his few months in power, the current PSOE government backed by Podemos and led by Prime Minister Pedro SÃ¡nchez has proven indistinguishable from that of Rajoy. He implemented austerity measures, inundated the military with billions of euros, supported US-led regime change operations in Venezuela, stepped up the crackdown on migrants and continued the crackdown on Catalan nationalists . SÃ¡nchez said he would not hesitate to reuse section 155.

In the next election, less than half of young people under 25 are expected to vote and 41% of all voters are expected to be undecided. It is not clear whether the PSOE, which leads the polls with around 30%, will be able to rule again even with the votes of Podemos and regional nationalists. The PSOE is feared an â€œAndalusian scenarioâ€ – a reference to the regional elections last December when the PSOE, which had ruled the region for 38 years, lost power to the right-wing parties (the PP, Ciudadanos / Citoyens and Vox ) because of the massive abstentions. Podemos has also seen its share of the vote collapse and is torn by factional disputes, desertions and a collapse in membership. The old allies, the Stalinist-led United Left (IU) and regional nationalist parties, are moving away.

The PSOE could ally with Ciudadanos, but so far its leader Albert Rivera has refused to make a deal with SÃ¡nchez.

It is not clear whether the combined right-wing parties can win enough votes to secure a parliamentary majority.

So we talk about Spain without a government for months and the possibility of yet another election.

Polls indicate that social issues are of greatest concern to voters. The majority are worried about unemployment (61%), followed by corruption and fraud (33%), political parties and politics (29%), economic problems (25%) and the public health system (17%). Only 11% of the electorate are concerned about Catalan separatism, even though the issue has received saturated media coverage.

Growing layers of the population are struggling. According to the Spanish Confederation of Professional Organizations, the working hours lost due to strikes in Spain amounted to 13,369,478 in the first quarter of the year, an increase of 163% compared to the same period in 2018 The number of workers involved – 728,186 – rose by 54 percent.

This growing activism and social anger will meet determined opposition within the ruling elite, whatever government ultimately concocted. Its response, as elsewhere in Europe, is to step up the movement towards a police state. The illusion sown by Podemos that he can put pressure on the PSOE to â€œsocializeâ€ the Constitution therefore carries great dangers.

Podemos has shown that where he is in power in local government at the head of â€œchange municipalitiesâ€ or â€œrebel councilsâ€ he has embraced austerity. In the capital Madrid, the Now Madrid (Ahora Madrid) coalition led by Podemos and Manuela Carmena took power in 2015, ending the PP’s 24-year reign.

Two years later, Carmena announced cuts of around 173 million euros, prompting Iglesias to declare that “it makes sense for municipalities to comply” and assuring everyone that Carmena would be a candidate again. the town hall in the next elections. (Carmena has since dumped Podemos and allied with former Iglesias number two ÃÃ±igo ErrejÃ³n.)

A new â€œleftâ€ government, if it came to power, would impose a pro-austerity and militarist policy indistinguishable from the right and would strengthen the neo-fascists, who, without having a mass base, received broad support within the state apparatus, the army, the Church and the media.