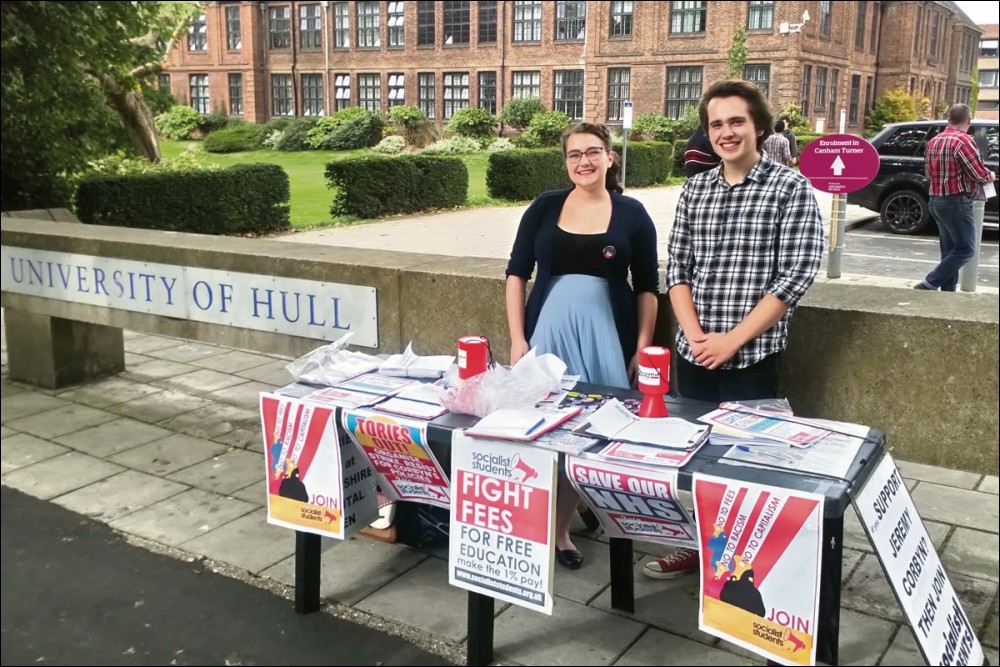 Socialist students in Hull held a campaign booth on the first day of the University of Hull student fair on September 17, calling for the expulsion of Tories and for socialist policies. 40 students have registered.

When we first met, â€œwhat is socialism? 12 people attended with others indicating that they would participate in future activities.

A meeting on Marxist economics was arranged for the following week with plans for campaign activity to follow.

Ten copies of the Socialist Student Magazine “Megaphone” were sold with students delighted to see Socialists campaigning at the University of Hull.

Socialists and activists protest against cuts to Leicester’s NHS