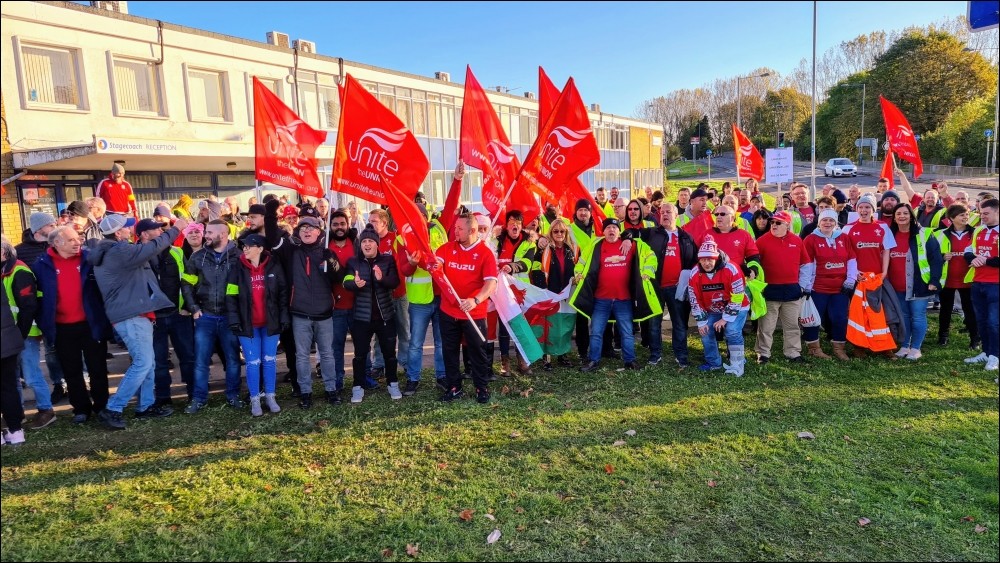 Socialist Party :: Victory of the diligence

From The Socialist newspaper, December 15, 2021

When the strike started, we had nothing. We were just individuals – standing alone under our umbrellas. But people were fed up with being £ 9.50 an hour. There was no way to get more without becoming a supervisor. Some even used to “hit” on each other to try and climb the ranks.

On the picket line, people worked together. They bonded and I stepped back and let them fix it. In the end, they had barbecues.

And we had support. One day nurses came down from the Pontllanfraith recreation center where they were giving injections and gave us money from a whiplash they had done for us.

The strike has really boosted morale. When we voted on the offer, only two voted against. They just loved being on strike!

We made £ 10.50 an hour, retroactive to April. And drivers are ready to do whatever they need to do in the future. Because now they realize that they run the union as members – it’s not just the secretary and the president. We are stronger than ever.

The manager tried to make us pay our own raise. One of his tricks was to offer existing drivers a pay raise – but new hires would be at the old rate. If we had accepted this, he would have just gotten rid of us over time.

Now he’s trying to come back to what we agreed to. He wanted us to take our Sunday break away because it was not specifically named in the agreement. In Brynmawr, he wants to change their schedules. But our ballot is good until January, so I told him we can come back on strike tomorrow if we have to.

Part of the problem is that Stagecoach has different agreements for each area of ​​the board. So they took the roads away from us and sent them to depots where they set up shop for less.

National Express is currently in talks to buy Stagecoach, but they won’t want the local routes we do. The Welsh government would like a Transport for London style arrangement and just set fares and pay levels.

But Unite’s position is that Transport for Wales take buses in public ownership. Then we could have investments in green transport. And that would be good for the passengers – with just one ticket on the bus and train network.

The latest is that the manager wants to review all the issues in January, but we can vote again. These days, what drivers say goes! “

The stagecoach workers demonstrated how we build the union: we organize. Then we act. Then, we build at the industrial level to federate union actions. After that, we take the fight to the political level.

Workers won a £ 1 an hour hike to £ 10.50 backdated to April, as attacks on sickness benefits and newcomer rights were pushed back as well.

Drivers and passengers should not be at the mercy of private companies with their sky-high prices and disregard for driver pay. We demand that the Welsh government take the bus companies into public ownership – and create an integrated public transport system owned and operated by Transport for Wales.

With decent rates of pay for all public transport workers – and reasonably priced tickets that passengers can use on the bus and train network.

Conservative cuts and privatization leave the NHS in crisis

Tips for getting workers to pay, again

End of the USSR

The legacy of the collapse of Stalinism

Sharon Graham: 100 days as General Secretary of Unite – the challenges ahead

Support the tube workers who fight back

Guards fight over their grades on the CrossCountry rail

Barts health workers on strike for a pay rise

Why we joined the Socialist Party