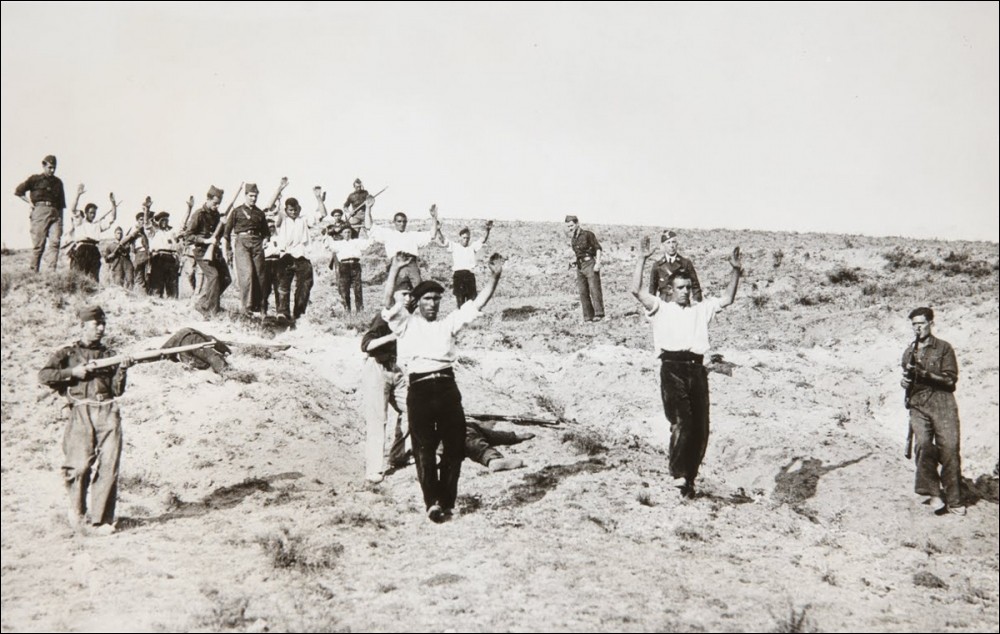 Fighters of the militia “POUM” captured at the Battle of Guadarrama – at the start of the Spanish Civil War, POUM fighters held the line before other forces organized (Click to enlarge)

This month marks the 80th anniversary of the ‘May Days’ in Barcelona during the Spanish Civil War in 1937. Here is an answer to an article in the Observer of May 7 (this and a shorter version were not published) by Socialist Party General Secretary Peter Taaffe.

Professor Paul Preston’s attack on George Orwell and the veracity of the latter’s account of the events in Barcelona in 1937, “Homage to Catalonia” (Observer May 7), is a scandalous distortion of events and cannot go unanswered.

Orwell was a relatively accurate account of the attempts of the POUM (Workers’ Party of Marxist Unity) to defend and expand the gains of the Spanish Revolution against the ongoing Capitalist-Stalinist counterrevolution. in civil war.

Admittedly, the POUM made a big mistake by entering the Catalan government, sacrificing its class independence. But the attempt by the â€œPopular Frontâ€ government to seize the Barcelona telephone exchange (Telefonica) – a symbol of workers’ control – in May 1937 met with mass resistance.

The government’s attempt to seize the telephone exchange led workers in Barcelona to arm themselves and build barricades. Very quickly, all of Barcelona was in their hands.

Anthony Beevor, a capitalist historian but more honest than Preston, wrote: â€œThe anarchists had an overwhelming numerical majority, holding almost 90% of Barcelona and its suburbs.

He added: “These overwhelming advantages were not used because the CNT-FAI knew that further fighting would lead to a full civil war within the civil war, into which they would be cast as traitors, even if the nationalists were unable to take advantage of the situation. “

Yet a â€œcivil war within civil warâ€ was already taking place through the assault of the counter-revolution against the gains of the working class. Such processes take place in all revolutions, which see shifts to the left leading to counter-revolution attempts and a new forward movement of the revolution.

It was a classic case where a small determined revolutionary party like the POUM could have won the masses. But, instead of openly campaigning for a policy of militant and conscious resistance and for the completion of the revolution, the leaders of the POUM opted for behind-the-scenes diplomacy with the leaders of the CNT. This gave the initiative to the counter-revolution, which denounced the POUM and the anarchist organization, the Friends of Durruti, as â€œagents provocateursâ€.

Encouraged and organized by the Stalinists, the counterrevolution crushed the movement in Barcelona and effectively liquidated the Spanish revolution. All the horrors of Stalinist barbarism were now unleashed in secret prisons, the use of torture, the assassination of POUM leaders Nin and Andrade, and the similar deaths of anarchists and other workers, which Preston concedes. .

The events in Barcelona represented the culmination of the revolution. The “civil war” then took on a purely military character. As a result, the masses have become increasingly indifferent to its outcome.

Get rid of the conservatives! Corbyn can win

Kick the Tories: For a government led by Corbyn

Tories out! Corbyn can win with socialist policies

The Corbyn manifesto: an important step in the right direction

TUSC does not confirm any candidates in June

Corbyn could reclaim Scotland with a socialist approach to independence

One in three borrows to rent, Corbyn promises housing revolution

31,000 more children at risk of abuse or neglect

Financing the fight against the Tories

Comments and criticisms of the Socialist Party

Hull workers who fought in the Spanish Civil War