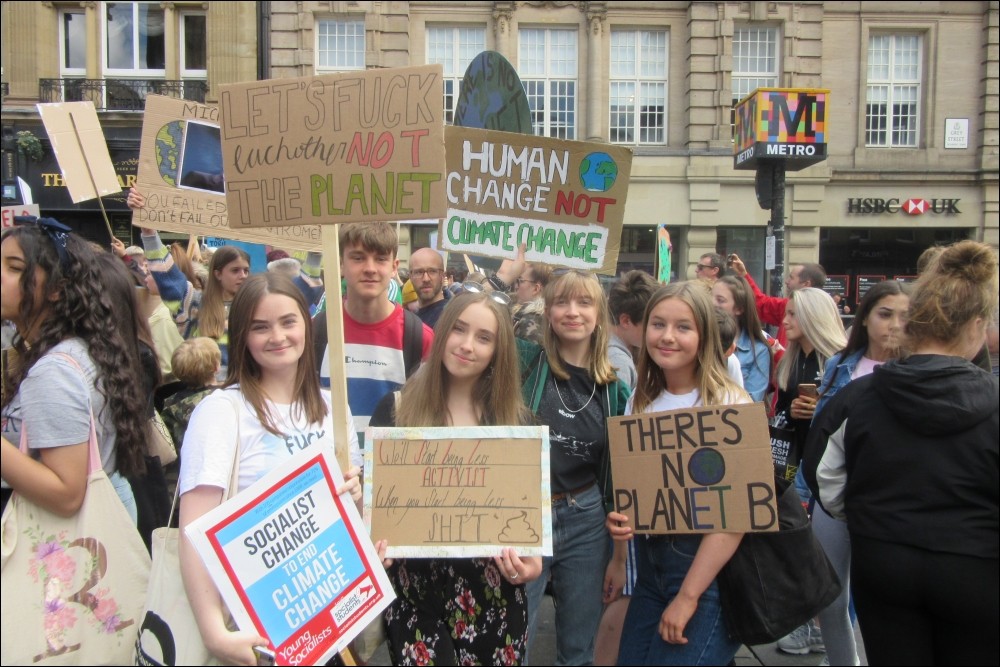 It’s been three years since the UN suggested 2030 as a deadline to avert a climate catastrophe. Since then – who can say that we are on the way to ecological disaster?

We understand more and more that to stop climate change, a radical transformation of society is necessary.

A recent report from the International Energy Agency suggests that an investment of $ 4 trillion per year is needed to generate clean and secure energy. What capitalist government, and what for-profit company, will ever make this level of investment? If we wait for the ruling classes to make serious changes, we will be waiting for a climate catastrophe.

It’s fair to say that most people feel responsible for helping prevent climate change. Most people also recognize that a commitment to recycle and purchase plastic-free products is not enough. People are starting to realize that a bottom-up mass movement is needed to achieve real change.

Tens of thousands of people will demonstrate at COP26 in Glasgow and elsewhere on November 6. Unions represent 6.5 million workers in the UK with the potential to cripple society. A glimpse of this force can be seen in the workers’ strikes taking place in Scotland at the COP26 conference.

Worried about their future, hundreds of thousands of students have taken to the streets over the past two years to demand climate action, garnering huge public support. We need the unity of youth movements with workers to demand what is needed to end climate change.

15% of Britain’s carbon emissions come from housing. The climate change movement must demand public spending to modernize old gas heating systems and inefficient insulation, with the work being done by skilled workers, well paid and recognized by unions.

Rather than punitive road taxes that make commuting for workers unaffordable and cuts to bus and train services, the climate movement must demand free and accessible public transport.

The movement must demand that the richest in society pay, not the poorest. By nationalizing energy companies and placing them under democratic public control, investments could be directed towards a rapid transition to renewable energies. As part of a socialist plan based on democratic public ownership of banks and big business, investing in the creation of well-paying and secure green jobs could provide a decent future for young people and the planet.

The situation is simple: those who currently run the company are driving the planet into the ground. As the German revolutionary Rosa Luxemburg once said – it is “socialism or barbarism”. It is “socialism or climate catastrophe”.

News from COP26 in brief

Financing the struggle for a socialist world

Fight for a real wage increase for all

Race to the top for bankers

NEU: a strategy needed to bring members together to take national action

Unite supermarkets to get support for fires and Weetabix rehire strike

Sexism, security and the profit system