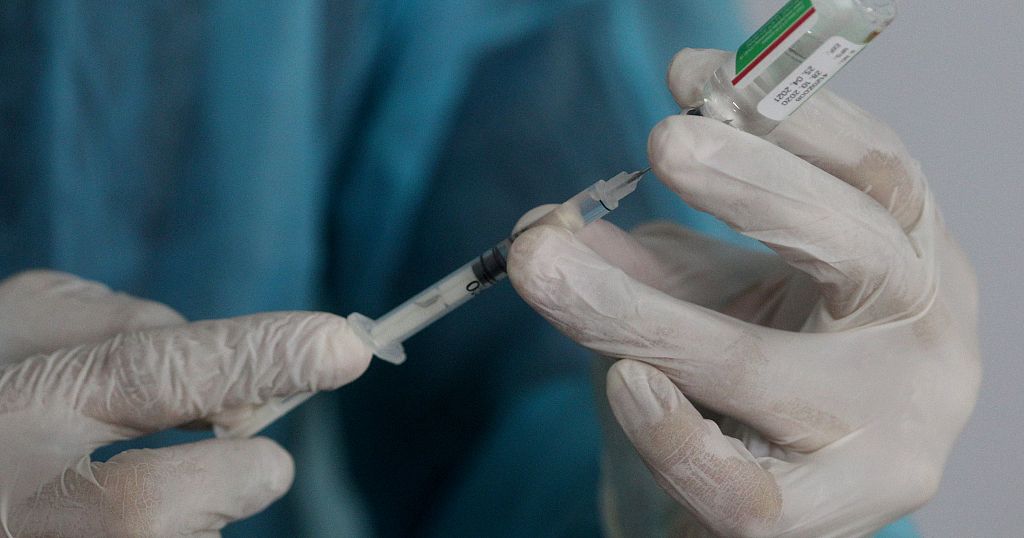 Anti-vaccine sentiment, often fueled by rumors spread on social media, is already thriving in the West.

“There is a high level of skepticism,” said Ayoade Alakija, chief Africa strategist for Convince, a campaign to encourage confidence in Covid-19 vaccines.

Explanations for mistrust vary, she said, noting that suspicion of government elites and misinformation about vaccines play a role.

Skepticism also extends to the summits of some governments. At the end of January, Tanzanian President John Magufuli described the Covid bites as “dangerous for our health”.

Andry Rajoelina, the president of the island state of Madagascar, also touted an untested herbal remedy for Covid-19.

Many African countries are currently grappling with an increase in coronavirus cases, but few have experienced epidemics as large as in the West, which some say has led to a decrease in the sense of urgency.

Most African countries are also months – at best – from the start of vaccinations, with wealthier countries sourcing in the global vaccine race.

Moise Shitu, a 28-year-old who works as a driver in Nigeria’s capital Lagos, told AFP he would refuse a vaccine.

“Our government is in the fraud,” he said. “They say there is a coronavirus in Nigeria to make money.”

In the town of Kano in northern Nigeria, Zainab Abdullahi, 41, also said she would refuse a jab.

“We are seeing reports of serious side effects from people who have been vaccinated in the West and they still want to bring us the vaccine,” she said.

The image is not uniform. Waiters at a cafe in Addis Ababa, the Ethiopian capital, for example, wanted a vaccine because of their risk of contracting the virus.

â€œPeople said to themselves that this is not a disease that affects black people,â€ he said. “It’s the job of governments to challenge all this misinformation.”

There are few reliable studies on attitudes to the Covid-19 vaccine in Africa, but preliminary surveys suggest that large groups of people are suspicious.

In December, the African Centers for Disease Control released the results of a survey in 18 countries showing that only a quarter of those polled believed Covid-19 vaccines would be safe.

Still, the study found few vaccine deniers: around 79 percent said they would take a “safe” injection.

But rumors related to the Covid-19 vaccine have also “spread like wildfire” online, he said, and are a “real problem”.

In an April TV interview, for example, two French scientists suggested that companies first test vaccines in Africa – sparking a row of racism and fueling long-standing fears about medical exploitation.

“People said, ‘Yeah, you see, now we can confirm that Africans are guinea pigs,'” Mihigo said, noting that the case had done “a lot of damage.”

Ousseynou Badiane, head of Senegal’s immunization program, said that alongside access to vaccines, “fake news” was one of the biggest challenges for his country’s future campaign.

Much of the disinformation shared in Senegal comes from France, he added, which is the former colonial ruler of the West African state and one of the most hesitant countries in the world. in terms of vaccination.

Cheikh Ibrahima Niang, Senegalese professor of medical anthropology, said the brutal legacy of the slave trade, as well as a history of authoritarian governments, may explain the reluctance to vaccinate.

Scandals such as the death of 11 Nigerian children in 1996 after receiving an experimental meningitis vaccine from Pfizer have not been forgotten either.

African governments must proactively engage citizens hesitant about vaccination, he said, in a sentiment echoed by other public health experts.

Some are already doing it: Last week Ethiopia launched an information campaign on vaccines to allay concerns.

Some national leaders, such as Guinean President Alpha CondÃ©, also released tapes of themselves being beaten.

Ayoade Alakija, confidence in vaccines activist, warned of particular difficulties in tackling misconceptions in countries with low confidence in government.

Biomass – Campaigns challenging the use of woody biomass for energy lack key facts, according to IEA Bioenergy