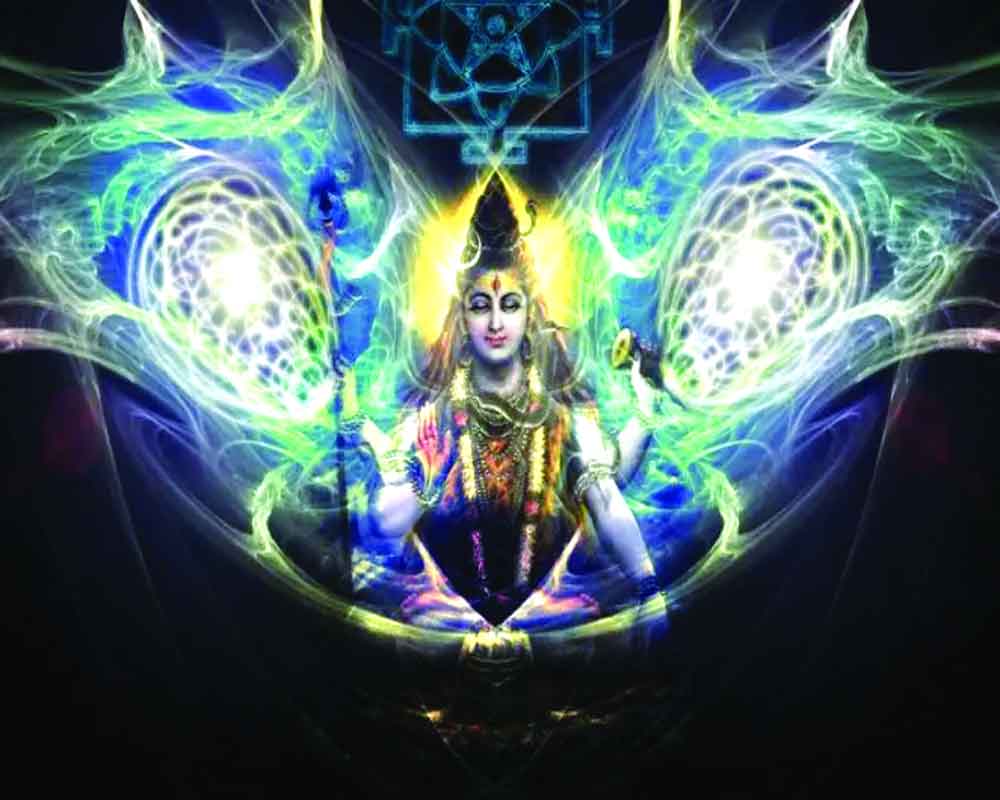 Continuing the discussion of Lord Shiva’s entourage, divine beings are the personification of cosmic forces, vital for the creation, sustenance and recycling of the existential order. Human beings armed with a level of intelligence and consciousness, higher than other creatures, it is incumbent on them to serve the existential order to ensure a qualitative existence, individually and collectively. Diabolic existences involve ignorant people with a relatively lower level of intelligence and driven primarily by animalistic instincts. They are therefore not expected to be aware of their collective obligations. It also involves any negative orientation of the mind that can prove detrimental to a harmonious and peaceful coexistence.

Lord Siva, despite the evolutionary barrier of incommunicability between the various creatures forming his entourage, by his selfless force of love, remains in tune with all of them at once. Overlooking their individualistic whims, He makes no difference. It’s not that he wouldn’t be aware of their individualistic limits, as his half-open, half-closed eyes would signify. This implies that knowingly ignoring their limits, He remains in agreement with them.

Why? Is Lord Shiva compelled to do this? Absolutely not. He does it on purpose. For, He knows that all creatures, by themselves, are imperfect, and unable to meet their existential needs on their own. But all of them together complement and complement each other to form together a self-sufficient world. If each of them is bound by individual limitations, they are simultaneously also armed with such virtues, which would be necessary to nourish and sustain the collective existence.

Take the case of a seemingly trivial termite, which is otherwise known to spoil wood, paper and, if left unattended, can also spoil crops. But then they dig a hole deep inside the soil structure to facilitate the entry of oxygen and activate the creative potential of the earth mass. In the process, the termite eats dirt mass. To digest it, his body releases the necessary enzymes. Consuming a small part necessary for its survival, it excretes the rest, and which being rich in enzyme, further adds to the fertility of the soil. The termite, however, meets his end before the harvest dawns, but not before he has served the cause of greater existence. Likewise, the bacteria in a drain or sewer pit treat nighttime soiling, but for which, life will become habitable over time. There is nothing in existence without a specific assignment in support of collective existence. So we have a common destiny.

Therefore, Lord Siva, in order to get the best out of everyone and facilitate the smooth functioning of the world order, deliberately ignores their individual limitations. But this is not easily done. He absolves everyone of the three types of sins – Daihika (Bound Body), Bhautika (Material) and Daivika (Cosmic), which they attract, as fallout from the chain of cause and effect with which they are bound. He absorbs them all as His poison-fed blue neck would imply. It does so in the larger interest of the existential order, but for which existence itself may become questionable.

Serving as a provider, he nurtures the entire living order with all his resources in hand – the cosmic energy drawn through the lunar crescent, the water current of the Ganges. Remember that we plunder the earth in order to ensure our survival. But the earth, on its side, supports it with benevolence and always sustains us with all the provisions – the food it produces or the masses of water it contains in its belly, vital for our existence. We, knowingly or inadvertently, even vitiate the atmosphere, which could disturb the ecological balance, obviously detrimental to our healthy existence. Nature, however, has been good enough to make arrangements to absorb them all, but for which our very existence would be at stake.

Lord Shiva enjoys the trust of all. For, He serves them all selflessly without any sense of differentiation, with the one noble objective of ensuring the proper functioning of the existential order. His altruism is illustrated by the fact that he is naked, although he is the source and the effective cause of creation, symbolically however.

In summary, Lord Shiva’s model offers us a lesson in interpersonal relationship, essential to the smooth running of life individually and collectively.

The writer is an astrologer, vastu consultant

and spiritual advisor. Connect with him on

Identification and analysis of genetic diversity of Rickettsia at Dermacentor nuttalli in Inner Mongolia, China | Parasites and vectors