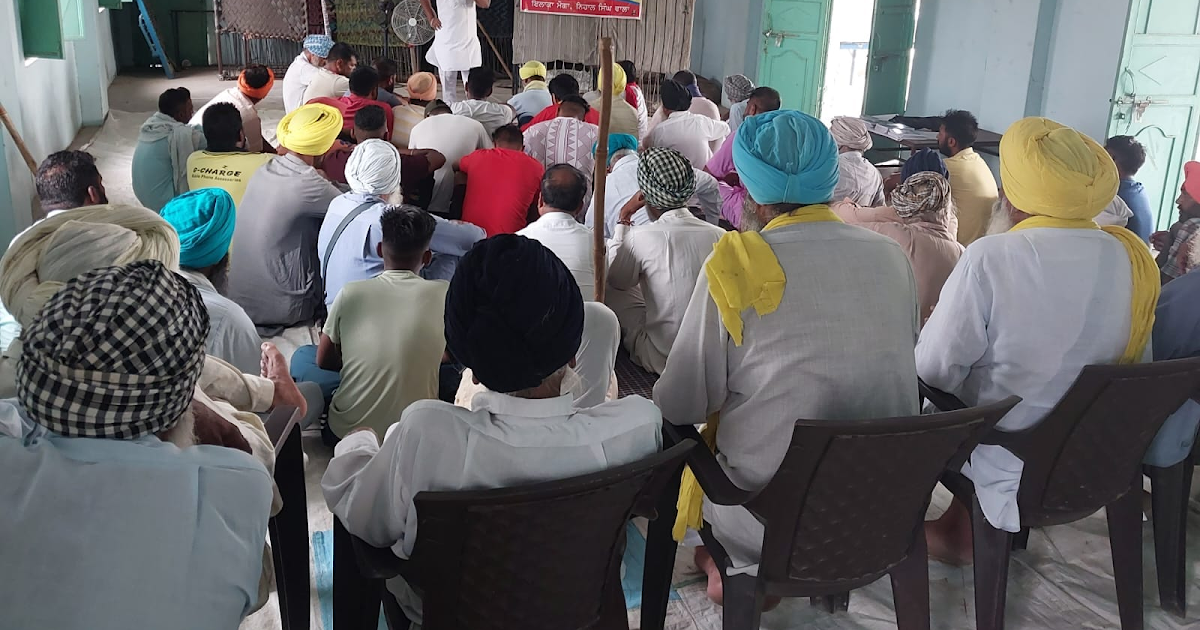 By Harsh Thakor*
Punjab civil rights organization Lok Morcha, launching a campaign engulfing 14 districts in the state, has taken the position that there is a need to ‘expose’ the true nature of 1947 independence to the light of its 75th anniversary. Organizers have particularly targeted the Congress, pointing out how the party has strayed from the path of Shaheed Bhagat Singh, Sukhdev and Rajguru by “diluting the cutting edge of the class struggles of the working class and the peasantry”.

Civil rights leaders have sought to analyze the various junctures of the freedom movement – be it the Quit India movement, the non-cooperation movement or the civil disobedience movement – where they say Congress “cancelled the resistance militant of the broad masses”. “
According to them, the Congress and the Muslim League “never led a secular resistance” to fight partition, but rather danced to the rhythm of the “notorious policy of divide and conquer of the British”. They added that there was a clear dichotomy of the paths of Gandhiji and the Congress leaders vis-à-vis those of Bhagat Singh and the Ghadar party.
Speakers discussed how the base of feudalism, imperialism and capitalism was not “erased” and how foreign capital was allowed to enter India. Examples were given to show how “servile policies” continued in factories, fields, educational institutions, transportation and health centers. They said the land reforms initiated by Congress were “superficial,” while noting that industrial workers’ right to strike was cosmetic.

Giving examples of how the Telengana armed struggle and the Naxalbari movement were crushed, they claimed, Congress leaders adopted diversionary tactics in order to subdue the democratic revolutionary student and youth movements of the 1970s. as well as the JP movement.
Pointing to the removal of rights during the Indira Gandhi-imposed emergency, they insisted, Congress “encouraged Hindu communalism.” At the same time, they condemned the “diverting nature of Akali Dal and Sikh fundamentalism”. In fact, they said, laws were introduced of the type that existed in the colonial era to “suppress” democratic movements and activists.
They believed that liberalization and globalization from 1991 broke the backbone of the organized movement of the working class, leading to large-scale entrenchment, entrapment of the peasantry in debt, leading to mass suicides and destroying the livelihoods of the tribal community, along with the multinationals. taking over their land.

It was explained how the monopoly of the exploiting classes reached an unprecedented level during the reign of Congress, pointing out that agro-friendly or local industries were liquidated and farmers were unable to obtain seeds at affordable prices.
Regarding what they called Hindutva fascism, they said, the Narendra Modi era from 2014 was riddled with fundamentalist ideology penetrating all spheres of society on an unparalleled scale, bolstered by the suppression of democratic dissent.

The manner in which Democratic activists were charged with false accusations and Muslim minorities were stripped of their rights, they said, recalls the dark days of the emergency in a more pernicious form. They gave the example of the Anti-Terrorism Unlawful Activities Prevention Act (UAPA), currently used to suppress dissent.

Economic disparities have reached new heights, they said, adding that industrialists and businesses were allowed to profit without any restrictions, strangling the broad masses like never before. Rising prices in recent years have wreaked havoc among the masses with no control over inflation.

The leaders asserted that true independence could only be won with a genuine revolutionary movement where the class struggle of the people was sharpened and no stone was to be turned over to challenge the exploitative base of the social order.

Rallies were held in several districts including Barnala, Bhatinda, Faridkot, Patiala, Moga, Sangrur, Muktsar, Ludhiana and Amritsar with an average of around 400 people gathering at each of the meetings.

There was token participation of the Punjab Students’ Union (Shaheed Randhawa) and Naujwan Bharat Sabha in these meetings. Executives from the Bharatiya Kisan Union (Ugrahan) and the Punjab Khet Mazdoor Union also participated. Jagmel Singh and Shireen Kussa were prominent speakers.
Many leaders have said that it is debatable whether the independence of 1947 was genuine or whether it was simply a transfer of power or whether leaders like Gandhiji made a positive contribution. However, no one can deny the glorious contribution of comrades like Bhagat Singh, Sukhdev and Rajguru, the Ghadar party or the Kakori martyrs, and how Gandhi and other leaders gave little respect to popular revolutionary uprisings.

Some wondered if the Lok Morcha Punjab campaign could serve as a model for other states in India by exposing the alleged failure of the current social order. The decentralized method of undertaking the campaign was, however, felt to be “impressive”.
—
*Freelance journalist who has covered mass movements all over India, especially in Punjab

Take off your gloves as Bolsonaro and Lula launch campaigns