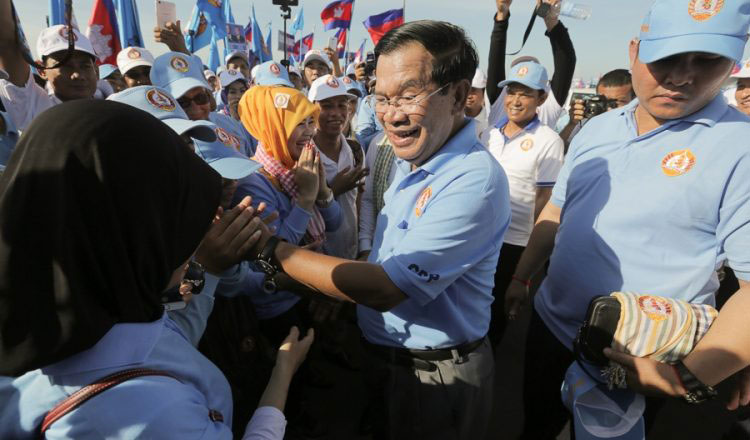 Prime Minister Hun Sen, in a message released today ahead of the June 5 communal elections, called on people to go to the polls and vote for the Cambodian People’s Party.

Hun Sen, who is also the leader of the Cambodian People’s Party (CPA), pledged to implement policies that would maintain the nation’s peace, stability and development as the parties kicked off the campaign election today.

In the statement, Prime Minister Hun Sen also said that the CPP is committed to improving public services, increasing social protection, helping the poor and vulnerable for the overall development of the nation, which will benefit the people at all levels.

The Prime Minister said that over the past 43 years, the PPC has led the nation through innumerable obstacles and difficulties to forge ahead and achieve great achievements in all fields since the overthrow of the genocidal regime of Pol Pot on January 7, 1979.

In the statement, he cited the social measures taken as part of the development of the municipality such as the creation of new businesses and jobs, the tax exemption of family farmland, the construction of transport infrastructure in the municipality, the food security, access to drinking water and electricity. , and finally, free Covid-19 vaccination for all localities.

Mr. Hun Sen added that the Cambodian people now live in peace and are united to develop society and improve their lives.