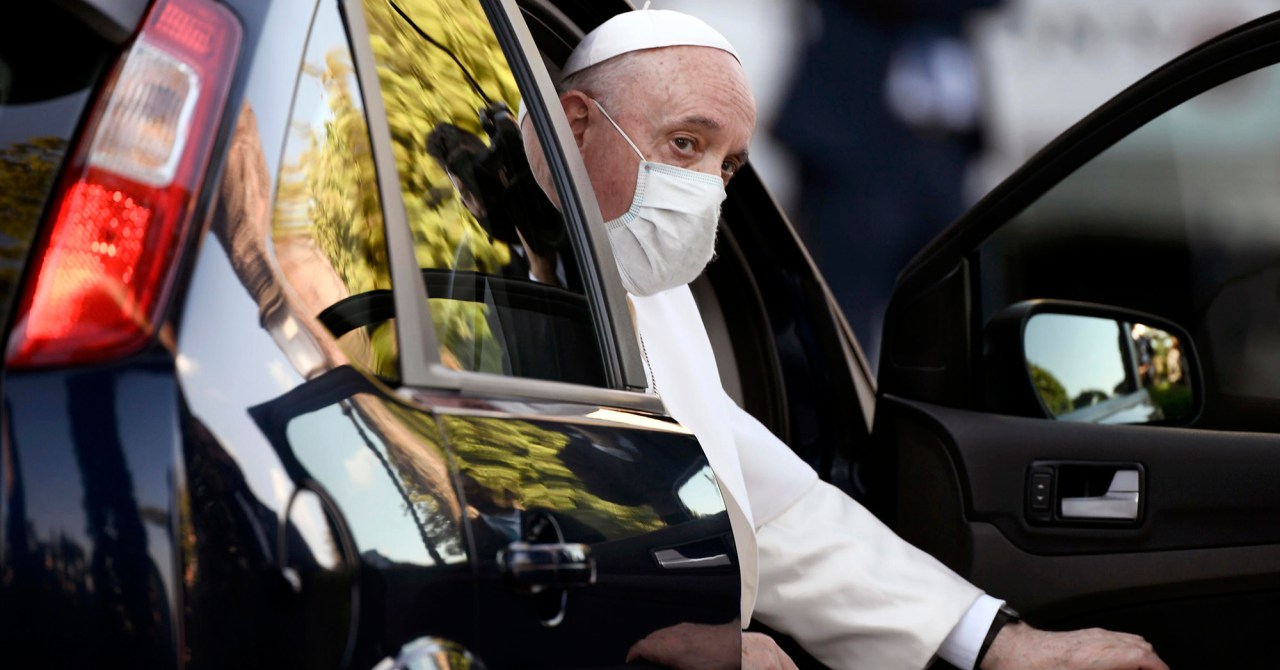 Francis spoke in his annual address to the diplomatic corps accredited to the Vatican, sometimes referred to as his “state of the world” address because it is a broad overview of the world situation.

His words to diplomats from nearly 200 countries marked the closest he has ever come to de facto support for vaccine mandates, which have become controversial in Italy and other European countries.

“We realized that in places where an effective vaccination campaign took place, the risk of serious repercussions of the disease decreased,” he said.

“It is therefore important to continue the effort to immunize the general population as much as possible”.

Francis, who devoted about a fifth of his six-page speech to the pandemic, cautioned against ideological statements about vaccinations.

“Unfortunately, we increasingly see that we live in a world of strong ideological divisions. Often people allow themselves to be swayed by the ideology of the moment, often reinforced by unsubstantiated information or poorly documented facts,” he said.

“Vaccines are not a magic cure, but they surely represent, in addition to other treatments that must be developed, the most reasonable solution for the prevention of disease,” he told the diplomats gathered. in the frescoed hall of the Vatican. Blessings.

By saying that “health care is a moral obligation” in the context of a speech in favor of vaccinations, Francis appeared to be responding to Catholics and other Christians, especially in the United States, who say they have a right of objection. from conscience based on religion to vaccines.

Francis, who is fully vaccinated, called for global political commitment “to pursue the good of the general population through prevention and vaccination measures.”

He renewed his call for a fair distribution of vaccines to poor countries, saying “monopolistic rules” regarding patents should be set aside for the greater good.

Francis also reiterated his defense of migrants, saying that each country should accept as many as possible and that the responsibility for their integration should be shared.

On climate change, he said the outcome of last year’s COP26 summit in Glasgow was “rather weak considering the seriousness of the problem” and hoped action on global warming could be consolidated during the COP27 scheduled for Egypt in November.

He reiterated calls for dialogue in areas of conflict or crisis such as Lebanon, Ukraine and Myanmar as well as his call for the prohibition of the possession of nuclear weapons.

The Vatican, the smallest state in the world, maintains diplomatic relations with 183 states.

Information about Covid-19, vaccines, how to control the spread of the virus and potential treatments is constantly changing. Under Regulation 11(5)(c) of the South African Disaster Management Act, it is prohibited to publish information by any means with the intention of misleading people about government measures to combat against COVID-19. We are therefore disabling the comment section on this article to protect both the commenting member and ourselves from any potential liability. If you have any additional information you think we should know, please email [email protected]