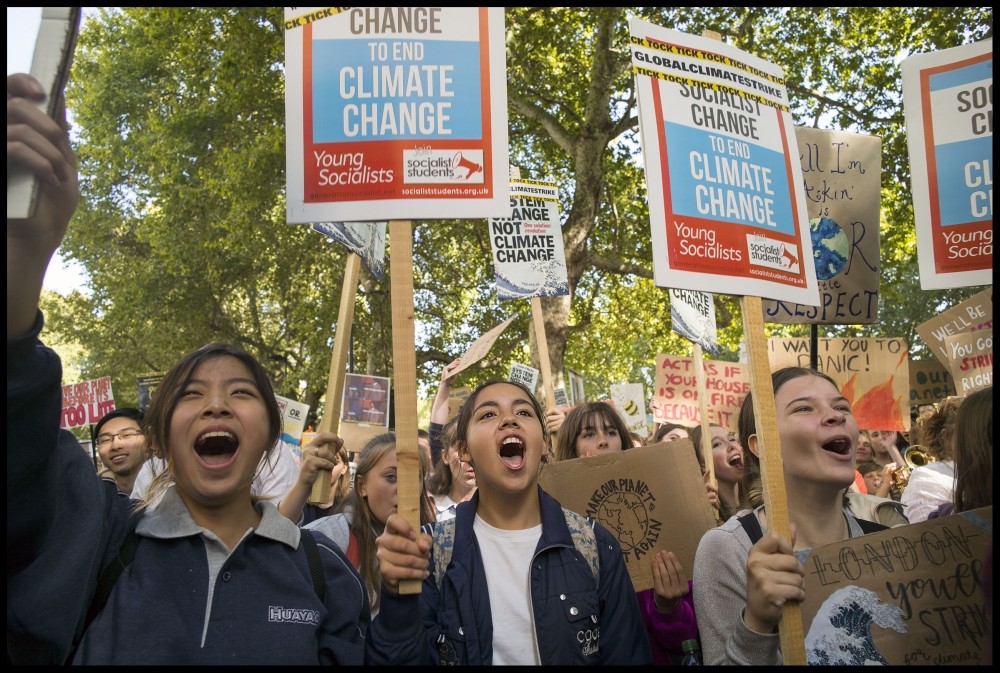 Parti Socialiste :: The green hypocrisy of the G7

Excerpt from The Socialist newspaper, June 9, 2021

As the G7 summit arrives in Cornwall, the group of seven wealthy capitalist nations have been found to have bailed out the heavily polluting aircraft and car industries to the tune of $115 billion.

As Johnson launches soundbites about “building back better,” these actions set a precedent in supporting environmentally harmful industries for decades to come.

The Tearfund report found the same applied to major oil and gas producers. The seven countries pumped $42 billion more into fossil fuels than into clean forms of energy during the pandemic. The vast majority of these grants were not accompanied by any preconditions for companies to reduce their emissions.

The G7 summit could have been an opportunity for the world’s major economies to show that they have a plan for the future of our planet beyond Covid-19. Representing barely 10% of the population, they are still among the most polluting in the world, contributing to a quarter of global CO2 emissions.

While discussions over the three days are sure to be full of green rhetoric, their actions tell a very different story. But what else do we want from a system that puts dirty profits above our environment and our livelihoods?

Murder of Dea-John Reid: Jobs, homes and services, no racism

Conservative Schools Catch-Up Plan: Fight for the Funding Our Schools and Colleges Need

The green hypocrisy of the G7

“Let’s fight to win on NHS pay and funding”

We are preparing for the NHS protests on July 3

Goodlord striker speaks out: How we unionized and fought the bosses

Douwe Egberts workers strike against pay cuts of up to £12,000 a year

If unions lead by example, workers are fully prepared to fight and achieve victories

Fight for a socialist leadership in the PCS, build a combative and democratic union!

The lessons of history

The occupation and work of Upper Clyde shipbuilders in 1971

Hundreds of people demonstrate to abandon the Silvertown tunnel project

Shame on Clarion – another exploitative owner

Palestinian self-determination – is the solution one state or two?