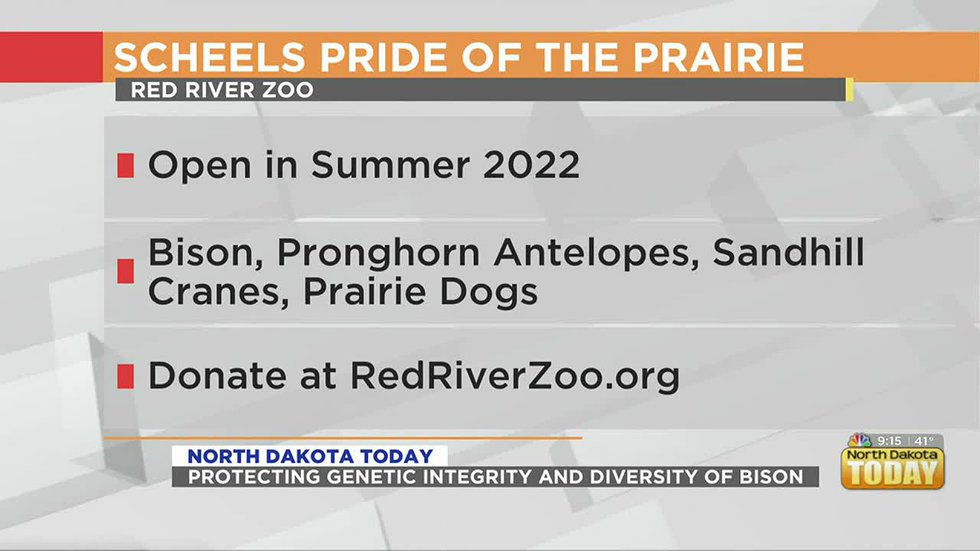 Since forming their ZPP in 2018, RRZ and WICA have collaborated on field interventions to improve the health of black-footed ferrets and prairie dogs and the bison and antelope populations that roam the area. Grassland habitat of the park’s nearly 34,000 acres.

RRZ and WICA join nine other ZPP pairs involving national parks across the country under the ZPP Project hosted by the Wildlife Restoration Foundation and supported by a Memorandum of Understanding between the National Park Service and the Association of Zoos and Aquariums.

The WICA bison herd has become an important resource for preserving and protecting the genetic integrity and diversity of bison. The herd of 14 founding members arrived by train from the New York Zoological Society (now the Bronx Zoo) in 1913. Bison have bred regularly and throughout WICA’s history as an area. distribution of bison. WICA has distributed over 1,500 small bison to 34 Native American tribes and private conservatories. These bison are sometimes used as “satellite” herds that serve as safety nets for the park herd and also result in bison offspring distributed to supplement or train herds elsewhere. RRZ’s receipt of three bison, one bull and two females, will mean that a zoo now also holds a storehouse of these valuable genetics.

The zoo’s new group of three bison will live in the new Scheels Pride of the Prairie habitat which is designed to resemble the rolling grasslands of WICA. The bison exhibit, scheduled to open to the public in the summer of 2022, is the first major exhibit in the zoo’s 20-year strategic growth plan.

As part of its ZPP commitment, the zoo will engage the tribes as well as the park in interpreting the cultural and ecological significance of these bison. Visually captivating signage, online and educational messaging will place wildlife recovery efforts within the context of the history of the United States and the ZPP and other efforts that continue today. All exhibits encourage public pride in North Dakota’s conservation heritage, encourage the public to visit and enjoy Dakota National Parks and manage their resources.

“Our zoo-park partnership with the Red River Zoo increases our ability to conserve native Great Plains wildlife and expands opportunities for the public to see bison and understand their vast prairie conservation role and cultural value.” said Leigh Welling, superintendent of WICA. â€œBy providing a home for a small conservation herd, the zoo will help us preserve vital genetics and aid in bison restoration. “

â€œThe Red River Zoo is delighted to welcome these bison to the zoo. Our location in Fargo gives us the opportunity to reach out to the farming and ranching community around us and we also plan to partner with Tribes and make sure we can interpret the entire West Bison story well. Said Sally Jacobson, director of RRZ.

â€œWildlife is part of the historic landscape that our nation’s parks support and interpret. The zoo’s partners bring their expertise and resources to help the parks meet the goals of wildlife health and population recovery in the United States, â€said Julie Anton Randall, President of the Wildlife Restoration Foundation.