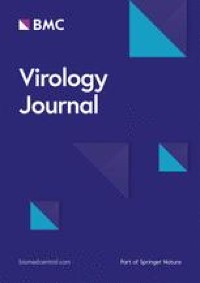 The fecal pellet samples were homogenized, diluted 1:10 with PBS, suspended, and vortexed for thorough mixing. The samples were then centrifuged at 2000 rpm for 10 min at 4°C. Following this, the supernatants were transferred to a fresh tube and centrifuged for 10 min for complete removal of cell debris, bacterial cells, and other impurities. Supernatants were filtered through a 0.22 μm syringe filter (Jet, Guangzhou, China) and concentrated. The filtrate was centrifuged in an SW55Ti rotor using a Beckman ultracentrifuge at 45,000 rpm for 2 h. The precipitates were resuspended in PBS and passed through a 0.22 μm syringe filter. Samples were then stored at -80℃ until further analysis.

Sequencing libraries were generated using the NEBNext® Ultra™ DNA Library Preparation Kit for Illumina (NEB, USA), according to the manufacturer’s recommendations. Index codes have been added to assign sequences to each sample. Briefly, the DNA samples were fragmented by sonication to a size of 300 bp, and the DNA fragments were then end-polished, A-tailed, and ligated with the Illumina full-length sequencing adapter to facilitate further PCR amplification.

Finally, PCR products were purified (AMPure XP system) and libraries were analyzed for size distribution using an Agilent2100 bioanalyzer and quantified using real-time PCR. According to the manufacturer’s instructions, clustering of index-coded samples was performed using a cBot cluster generation system. After cluster generation, library preparations were sequenced on an Illumina HiSeq2500 platform and paired-end reads were generated.

Prinseq software (version 0.20.4) was used to assess the quality of the sample data, filter out poor quality and repetitive sequences, and the rodent genome was the reference genome. Bowtie2 software was used to delete host DNA sequences and Mira software (v4.0.2) was used to splice and assemble sequences. Assembled and unassembled sequences were searched in the local NCBI virus database using the BLASTX and BLASTN tools of the BLAST+ software package to obtain virus annotations. Geneious version 2019.2.1 was used to predict the ORF of the new annotated virus.

BHK-21 has been used to propagate wild mouse fecal suspensions and detect viruses according to previously published methods [11, 12]. Briefly, supernatants from the homogenized fecal pellets were filtered through a 0.22 μm syringe filter and inoculated onto BHK21 cells, followed by incubation for 2 h to allow virus adsorption. After adding fresh medium, cells were incubated at 37℃ and monitored daily for up to 7 days post-infection to develop CPE. Infected cells were passed blindly three to six times until CPE appeared. The supernatant harvested from CPE-positive BHK-21 cells was then inoculated onto BHK-21 cells to detect the presence of infectious virus.

BHK-21 cells were inoculated with supernatant collected from CPE-positive cells and incubated for 36 h. Real-time fluorescent quantitative reverse transcription PCR (RT-qPCR), immunofluorescence detection (IFA) were used to analyze the presence of astrovirus in inoculated cells. For RT-qPCR analysis, primers that specifically amplify target astrovirus genes were designed based on the assembled contig sequences.

Sequences of reference strains showing strong similarity to the virus described in this study were downloaded from the NCBI. A phylogenetic tree was constructed using MEGA software based on the composite maximum likelihood method with 1,000 bootstrap replicates to analyze phylogenetic relationships.

MetaStat was used to analyze the 10 most abundant taxonomic sequence tags from the three samples. The differences were considered statistically significant when the P-the value was less than 0.05.