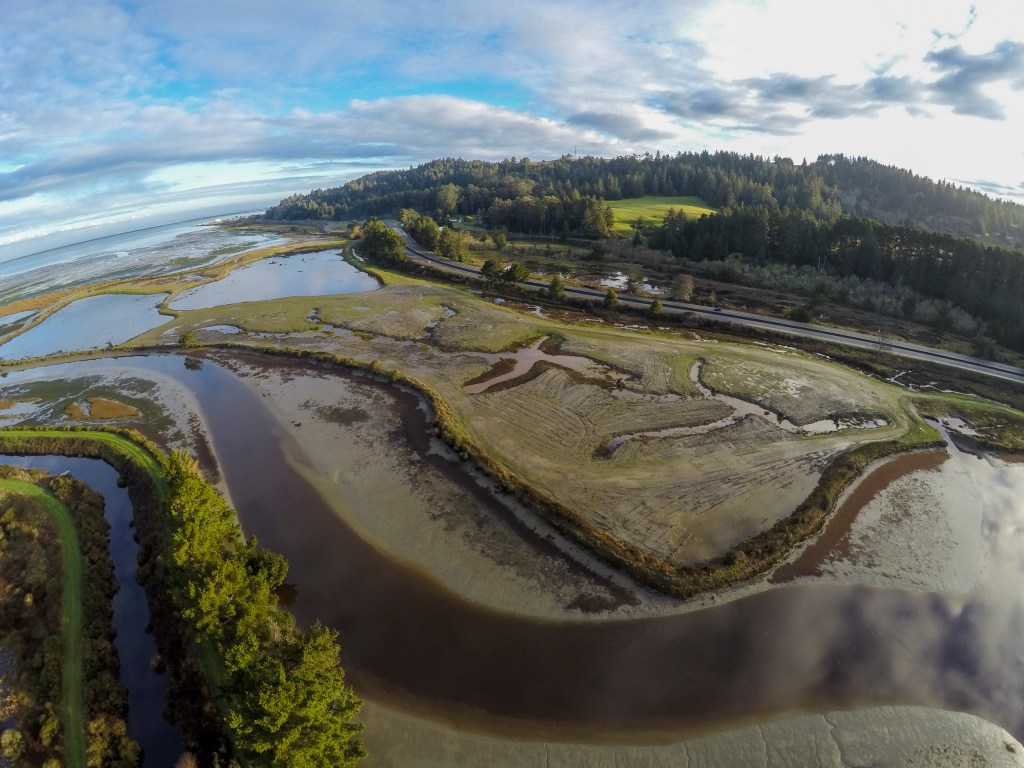 After a tide breached a seawall in Humboldt Bay in 2014, threatening to destroy the bay’s marshes, the White Slough Tidal Wetland Restoration Project began repairing the salt marsh habitat of the region.

The project — which took place on approximately 41 acres on the Humboldt Bay National Wildlife Refuge — was a partnership between the U.S. Fish and Wildlife Service and numerous other state agencies, and was completed in fall 2021. The site will be monitored until 2023 to ensure the results are carbon neutral.

The project helps strengthen the viability of local farms, protect local animal species and reduce the risk of flooding for U.S. Highway 101, according to John Heil, deputy deputy regional director for external affairs in southwest Pacific for US Fish and Wildlife. A service.

“It’s what they call salt marsh habitat and it serves a very important function for ecosystems and species and also provides a buffer for the ocean, so it’s a type of habitat that has gone extinct 90% Humboldt Bay,” Heil said. “This project, in particular, is very critical to providing that necessary habitat diversity.”

Species that depend on the habitat to survive include several migratory birds like sandpipers, ducks, geese, and other shorebirds.

With a healthy marsh in Humboldt Bay, the risk of damage to or flooding from Highway 101 is significantly lessened, which is an especially pressing concern as sea levels rise, according to Heil.

“One of the really special things about this project is that it could really serve as a model for the future for these types of projects. In addition to addressing the failing levee, sea level rise and loss of important habitat, it also provides a resilient living shoreline and flood protection for ranch lands and roads. , and part of that is 101,” Heil said.

A particular challenge with this project was transporting the correct soil required for the swamp, a costly and potentially disastrous undertaking if not done correctly. The project raised the surface elevation of many parts of the marsh using 180,000 cubic meters of soil, many of which were conveniently donated by another local ecological restoration initiative: the Eel River Restoration Project. The Martin Slough Restoration Project has also helped provide needed sediment for Humboldt Bay.

“It’s put in place to protect against sea level rise in the future, but part of that is the monitoring process to make sure it’s going to continue to be in a good place in the future. future, but it’s definitely the word resilient that describes it in that the ability to be able to withstand future climate change issues that come up,” Heil said.

More information about the project can be found at fws.gov/cno/newsroom/Featured/2022/Model-for-the-Future.