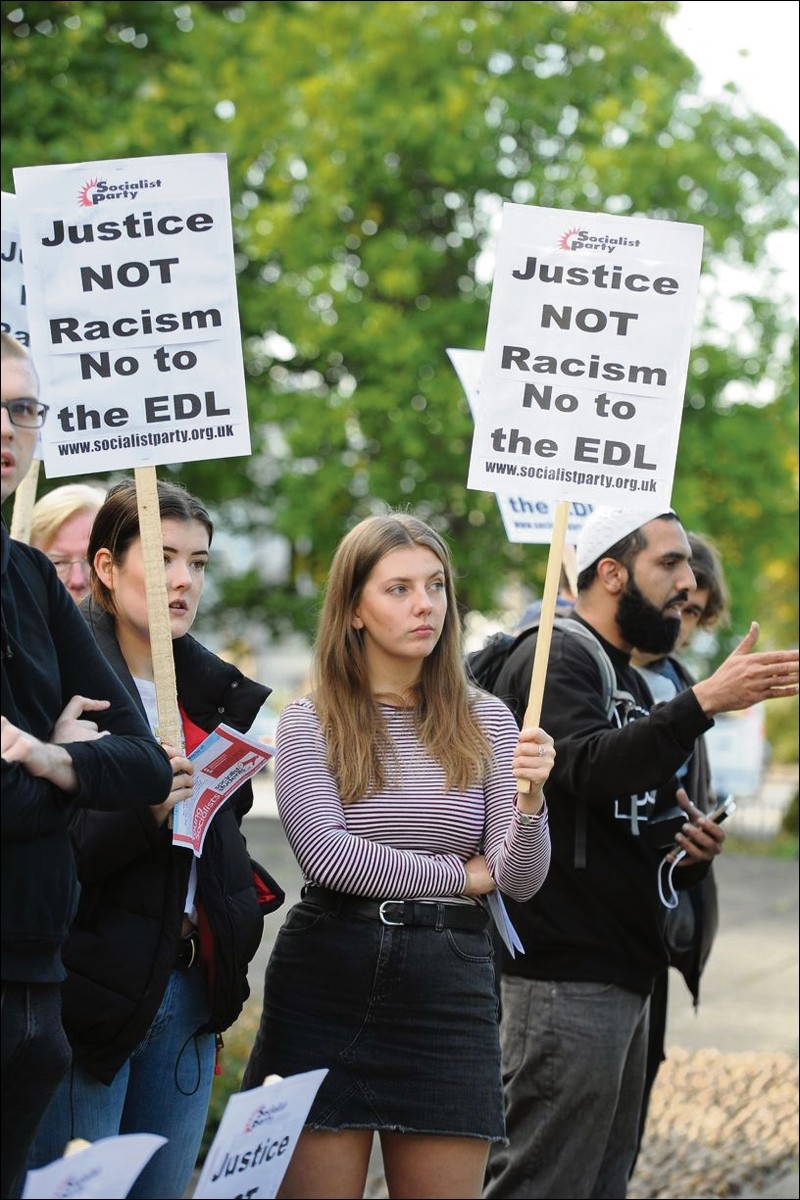 Protest against EDL in Huddersfield, 5.9.18, photo of Huddersfield Socialist Party (Click to enlarge)

Protesters joined a call to action by the Huddersfield Socialist Party to oppose a far-right English Defense League (EDL) protest on September 5 outside the city district court , where 31 predominantly Asian Muslim defendants were charged with sex crimes against young women and girls.

Sexual crime is a vile stain on our society and we stand in solidarity with all victims everywhere. It is clear that sexual abuse can occur where conditions permit – in schools, churches, football clubs, the entertainment industry, etc.

But instead of offering real solutions to this complex problem, the EDL only offers the racist scapegoat for part of the community.

The importance of our counter-demonstration was demonstrated by the insulting cries of the dozen EDL members present, and their ostentatious video of everything and everyone – especially any passing Asian people.

Although unpleasant, no serious incident occurred. Our presence, slightly more numerous than the support of the EDL, meant that they did not have carte blanche with the national media covering these trials.

We welcome the support we received that day from the working class of Huddersfield, as well as Labor, Greens and Anarchists, who supported this action alongside members of the Socialist Party.

We need a serious mobilization of the labor and trade union movement against the extreme right. The Huddersfield Socialist Party intends to continue to play its role in building a mass movement to challenge racism wherever it occurs.

Socialists and activists protest against cuts to Leicester’s NHS