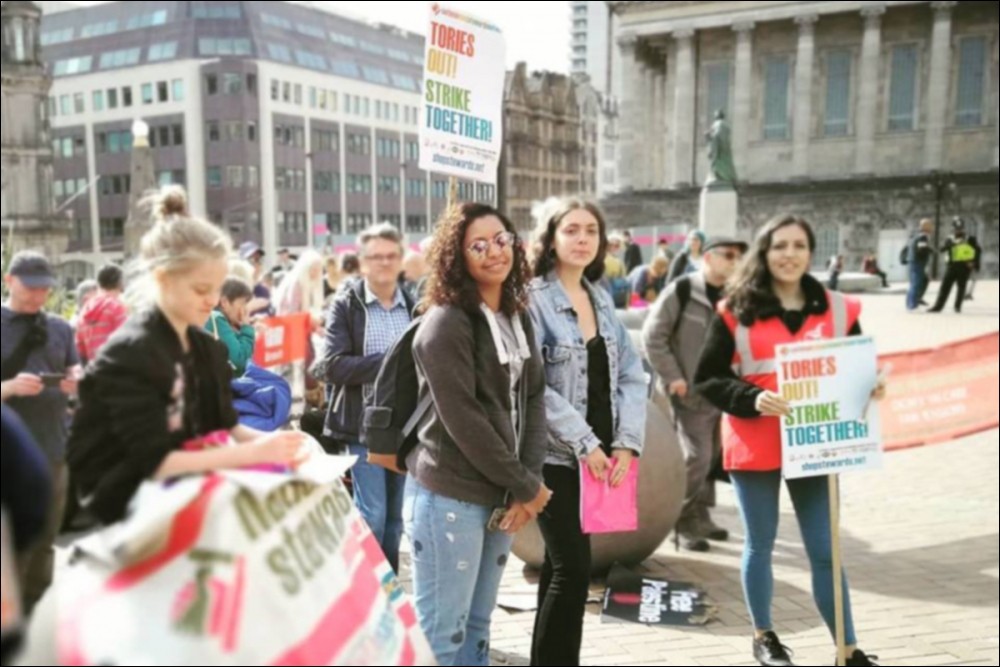 Rally of striking home care workers in Birmingham, 15.9.18, photo by the Socialist Party of Birmingham (Click to enlarge)

“Are you Tories in disguise?” was just one of many chants addressed to the Birmingham Blairite Council on September 15 at another fantastic rally for striking home care workers.

Their action is due to the fact that the Labor Council imposed new contracts that reduce their hours and wages.

A multitude of enthusiastic speeches delivered by caregivers, service users and supporters have hammered home the importance of a true anti-austerity strategy, not only at the national level, but also at the local level, for what is a vital service. for the inhabitants of the city.

Due to our active role in the home care conflict, attending the early morning picket lines each week, many Socialist Party members were invited to the platform – including Rob Williams, who sent the solidarity of the National Shop Stewards Network, Unite member Kris O’Sullivan, and PCS member Bill Murray.

After these inspiring and combative speeches, the caregivers led an incredibly lively march through the city center, whistling, chanting, handing out leaflets, raising money for the strike and rallying support for their bravery in their fight. frontline against austerity.

The Birmingham Socialist Party would like to extend its continued solidarity to the carers and we will continue to support them in any way we can – victory for the home carers in Brum!