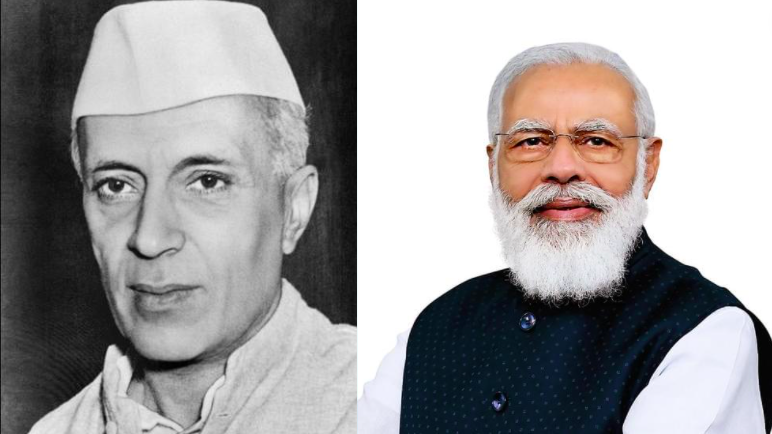 Harmony vs Polarization: Difference Between Nehru and Modi Polling Campaigns

The significant decline in Indian democracy after Prime Minister (PM) Narendra Modi took office in 2014 has been broadly calibrated by indices prepared by several respectable institutions.

As the country prepares to celebrate the 75e year of its independence – Azadi Ka Amrit Mahotsav – it is important to ask whether the electoral process has returned to the pre-1947 era both in spirit, at least, if not in words?

The question arose while pondering a remark made recently by renowned historian Salil Misra in the flow of a conversation with Newsclick. While talking about the first general elections in March 1952, he dwelt on the campaign of then Prime Minister Jawaharlal Nehru.

Misra’s observations highlighted the contrast between Nehru’s and Modi’s approach to the election and how this highlights the difference in their raison d’être in politics. While Nehru was propelled by the idea of ​​balming the trauma of partition and the community riots that followed, Modi is driven by the goal of inflaming passions.

A quick reminder is in order in this post-truth era where assertions are made on the basis of arguments separated from facts. After independence, following an inclusive and largely non-violent national movement over several decades, the Constituent Assembly agreed on two essential traits for the new India. First, India would not be established on the basis of religion and second, there would be universal suffrage. These are the reasons why nearly 35 million Muslims remained in their native land and did not migrate to the newly formed Pakistan.

Due to the commitment of Indian leaders to establish a secular and democratic state, these Muslims also agreed to abolish their separate electorate, which had existed since 1907 – although the right to vote before 1947 had been reserved for the elite. Although they never had a presence in legislatures commensurate with their population, their faith in India was unshakeable for a variety of reasons, including being highlighted as a community in political dialogue.

However, the situation has changed dramatically. Now, Muslims are mentioned in political discourse only as a reviled community, an image carried by this regime and head-on by Modi. There is no one in the Bharatiya Janata Party (BJP) to remind its leaders of Raj Dharma.

First, Nehru strove to develop a basic agreement or consensus among the citizens on the fundamental secular and democratic character of India. In his speeches, he spoke more and more against communalism and its dangers and barely made any promises that could be kept after he was officially elected Prime Minister. He conceded that there would be differences but also drew a boundary within which debates would be conducted democratically.

Another historian, Mridula Mukherjee, wrote that Nehru “converted the election campaign (1951-52) into a referendum on ‘the idea of ​​india‘defying the communal forces responsible for the Mahatma’s assassination who were calling for a Hindu Rashtra’.

Second, Nehru enlisted citizens as stakeholders in the nation-building process. He continued to convey to people that the era of Raja and praja (the ruler and the ruled) was over and that the rulers would not only do their job, but the people should also become “interested parties” in the future of India, which was to be inherently secular.

Nehru did not offer citizens a dream of the future. Instead, he said he was here to garner the support of all communities to collectively aspire to a glorious future based on constitutional principles.

The campaign was hugely successful and won the support of an overwhelming number of people. This became evident when right-wing communal parties collectively garnered just 6% of the popular vote.

Contrary to Nehru’s argument that people should not discriminate on the basis of religious identity, Modi’s regime won elections by incubating division and pitting one community against another.

Uttar Pradesh (UP) Chief Minister (CM) Yogi Adityanath’s assertion that the struggle in the recent assembly elections was an ’80 to 20′ contest embodies the main thrust of the BJP under Modi and contrasts starkly with Nehru’s repeated calls to forge a secular country.

Adityanath remained unfazed even after being stuck on the matter. The CM ‘clarified’ that it had not mentioned the numbers based on people’s religious identity, but went on to say that ‘20% are people who oppose Ram Janmabhoomi, Kashi Vishwanath Dham and to the great development of Mathura-Vrindavan. The 20% are also those who sympathize with the mafia and the terrorists”. He remained firm on his claim because he did what his “boss” did in the elections since 2002.

In more ways than one, the Adityanath formula, with the implicit support of Modi, revives the spirit of a separate electorate when Muslims voted for candidates from their community and vice versa for Hindus. It may not have happened with the legislative seal, but it was certainly effectively observed.

The BJP’s main campaign in UP was that the Samajwadi party was essentially a party of Muslims, Yadavs (read Muslim supporters) and others who supported its “minority appeasement” policy. The success of this ploy is evident in the results of the Center for the Study of Developing Societies post-poll survey.

The BJP scheme ensured that Hindus voted only for the party (read party of Hindus) wherever Muslims were significantly “visible”: in constituencies where Muslims were 40% or more, 69% of Hindus voted for the BJP. In its aim to consolidate a majority of Hindus in its favor, the BJP has never tried to woo Muslims or reach them with a mere token gesture.

Modi has also campaigned for make people actorsnot in nation-building like Nehru, but in pursuit of utopian ideas – doubling farm income, making India a $5 trillion economy, ceasing to be “job seekers and rather become “employers”.

This regime also delights in using the jargon of “awareness” and “participative democracybut it’s a hollow pledge because he insists that only his view of things is acceptable and the ‘right’ one.

The difference between the Nehru and Modi regimes is that the former built consensus democracy while the latter abandoned the consensus political style even within the BJP.

In 1952, Nehru led India to become the largest democracy in the world in which the last person in the lineage had interests. In contrast, this government solidifies the country into an authoritarian democracy where the citizens are nominal stakeholders but are in reality either rubber stamps or “invisible” minorities or those who campaign against exclusivist policies and for an inclusive India, pluralistic and egalitarian.

The writer is an NCR-based author and journalist. His latest book is “Demolition and Verdict: Ayodhya and India’s Reconfiguration Project”. His other books include ‘The RSS: Icons of the Indian Right’ and ‘Narendra Modi: The Man, The Times’. He tweets at @NilanjanUdwi