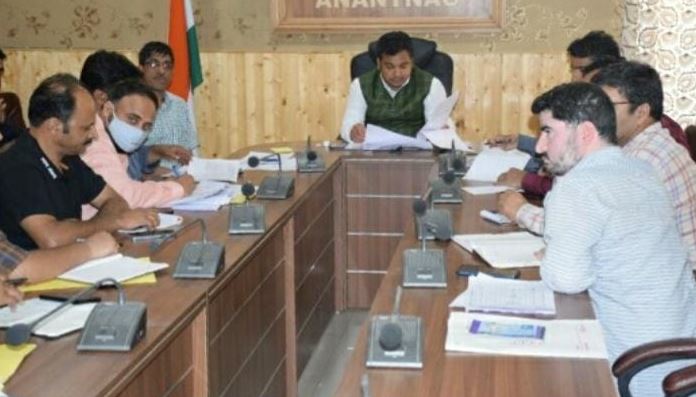 While expressing his satisfaction on the progress made in the framework of the campaign in the district, the DC asked the officers to intensify the IEC activities for the better implementation of the modalities defined for the Har Ghar Tiranga Initiative.

Education, Health, FCS&CA, MCs, RDD and ICDS officials have been instructed to vigorously scale up IEC activities throughout the length and breadth of the district to reach all the inhabitants of the district.

Dr. Piyush continued the IEC action plans of the departments concerned, in addition to asking the SDMs and Tehsildar to review the campaign in their respective jurisdictions and to involve all departmental field officers for the IEC campaigns.

Instructions were also given to the Tehsil and Panchayat committees for the same.

The meeting was informed that the departments have undertaken IEC activities in accordance with their submitted action plans, in particular by the Departments of Information and Public Relations, RDD, Health and FCS&CA.

The DC further stated that the district administration has put in place all the necessary arrangements for the Har Ghar Tiranga initiative and urged all stakeholders to work in coordination and cooperation to observe all events in accordance with the plans. action planned.

He also insisted that all stakeholders strictly adhere to the flag code instructions and follow the standard protocol to honor the national flag.