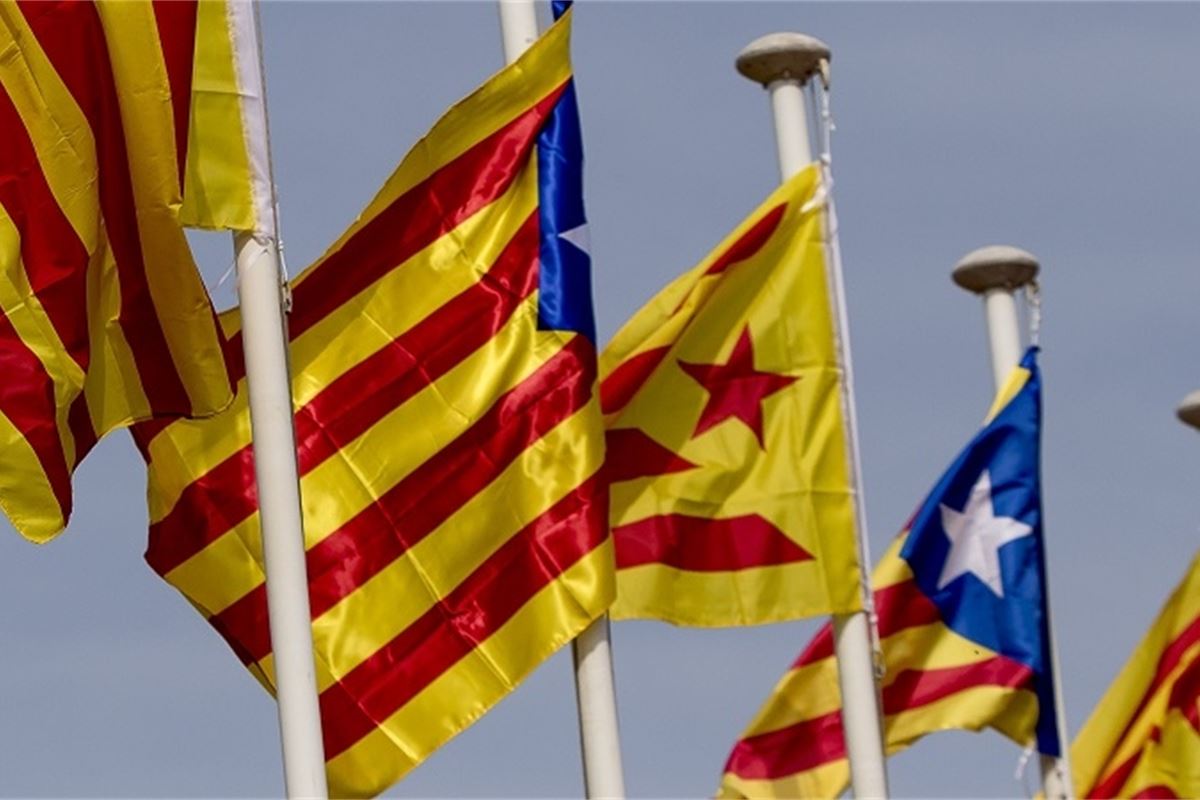 Tuesday’s Spanish court ruling is seen as a move the Spanish government hopes will foster dialogue to prevent the region from deflating its efforts for self-determination.

Spanish courts have sentenced all members of Catalonia’s former government who had not fled Spain, along with two political activists and the president of the regional parliament.

Oriol Junqueras is the most prominent of the jailed leaders and received the longest sentence – 13 years – for sedition and embezzlement of public funds.

Raul Romeva was sentenced to 12 years in prison for sedition and embezzlement of public funds for his role as Catalonia’s foreign affairs chief during the referendum.

Others included Jordi Turull, regional government spokesman in charge of the presidency department during the 2017 crisis, while Dolors Bassa was sentenced to 12 years for sedition and embezzlement of public funds.

Carme Forcadell is the oldest of the jailed leaders and was sentenced to 11 years and six months for sedition.

In a statement, the Verts/ALE group welcomed the decision which comes after what it calls a “disproportionate” judicial conviction and “almost four years of unjust imprisonment”.

“Nine peaceful democrats were unjustly imprisoned for four years simply for their role in organizing a peaceful and democratic referendum. This should never have happened in the European Union” Jordi Solé, Greens/EFA

In a joint statement, Ska Keller and Philippe Lamberts, leaders of the Greens/EFA in Parliament, said: “We strongly support the decision taken by the progressive Spanish government”.

“These pardons should be the first step towards a new stage of dialogue and negotiations. We encourage the Spanish and Catalan governments to seize this important political moment to move towards the political solution we have always demanded. »

“A political solution based on justice and democracy. The dialogue table set up is a good opportunity to move forward in this direction.

Diana Riba, member of the Greens/EFA, added: “The Spanish government has taken the initiative to improve the situation of nine people imprisoned for four years for the organization of a democratic and peaceful referendum”.

“These graces will be positive for their individual situations and obviously for their loved ones. However, the same prisoners, along with political exiles and more than 3,000 people, are still being unfairly prosecuted in numerous other court cases in which they also face prison sentences and huge financial penalties of several million euros.

“We therefore call for a global solution and substantive negotiations in order to allow the Catalan people to decide freely and democratically on their future.”

The European Free Alliance (EFA) group in Parliament also welcomed the announcement, with EFA leader Jordi Sole saying that “while the announcement is a positive first step towards finding a political solution through dialogue , it does not represent the end of the political conflict between Catalonia and Spain, and Catalonia’s right to self-determination must be respected.

“The Spanish government has taken the initiative to improve the situation of nine people imprisoned for four years for the organization of a democratic and peaceful referendum” Diana Riba, Greens/EFA

He also pointed out that the pardons represent only a partial step “since thousands of Catalans could still face legal proceedings for their role in the referendum”.

He added: “This includes action by the Court of Auditors which amounts to economic harassment which could financially ruin many people who simply supported the right to hold a referendum. We must also act to resolve the situation of the Catalan exiles, which must be resolved.

The MEP added: “Although limited in scope, this is a first step in what we hope will be a new phase leading to a political solution to the conflict between Catalonia and Spain.”

“While limited pardons will certainly improve the situation, we cannot ignore that the general crusade against the independence movement by elements of the Spanish state continues.”

“Thousands of other Catalans still face the prospect of prosecution and economic harassment simply for supporting a democratic vote. Their situation must also be taken into account and that is why we call for a general amnesty.

“Nine peaceful democrats were unjustly imprisoned for four years simply for their role in organizing a peaceful and democratic referendum. This should never have happened in the European Union.