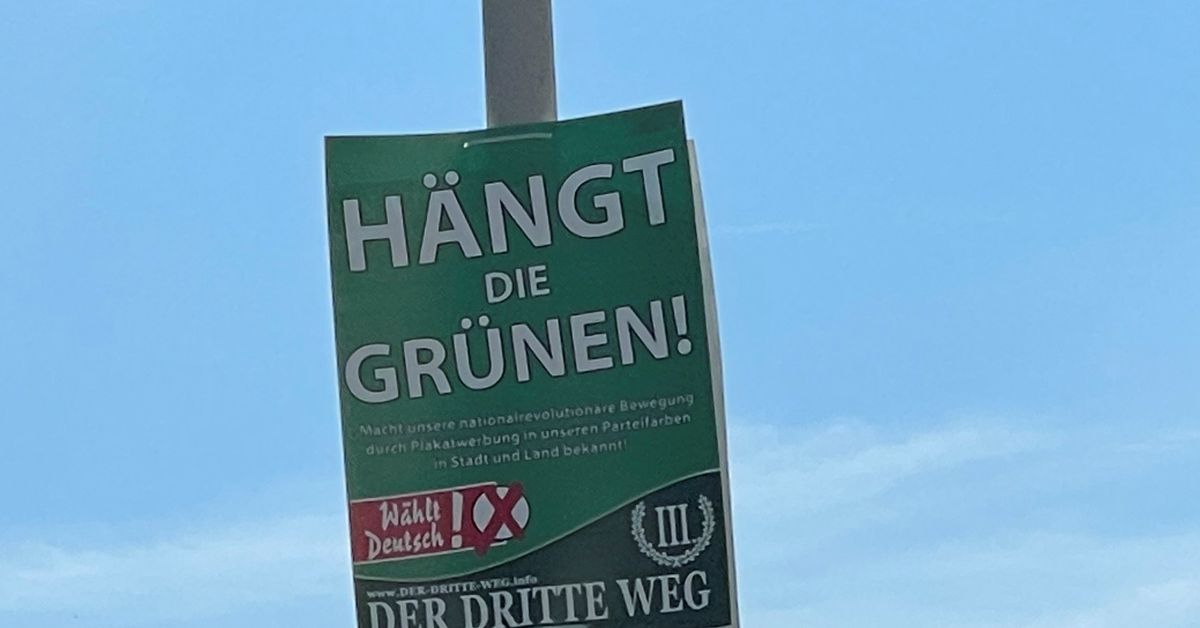 A picture taken September 8, 2021 and obtained September 16, 2021 shows an election poster saying ‘Hang The Greens’, placed by The Third Way, a far-right party suspected of having links to neo-Nazi groups, in Zwickau, in Germany. Radio Zwickau/Handout via REUTERS

BERLIN, Sept 21 (Reuters) – A German court on Tuesday ordered the removal of election posters bearing the inscription “Hang The Greens” displayed by a far-right party suspected of having links to neo-Nazi groups.

The posters were plastered around the eastern town of Zwickau by the Third Way, a small party watched by security services, days before a vote that will determine the course of Europe’s top power after Chancellor Angela Merkel steps down.

The Greens, third in the polls, are expected to form part of a coalition government after the September 26 vote.

The Higher Regional Court in the state of Saxony overturned a lower court ruling that said the posters could remain displayed as long as they were not displayed within 100 meters (yards) of the Greens’ posters.

“The party’s freedom of expression must come behind the protection of public safety,” the regional court said in a statement. He said the posters could be seen as inciting hatred and violence against members of the Greens.

The Third Way had argued that the slogan was ambiguous, particularly in the context of an election, as its campaign posters were themselves colored green, and that there was a free speech justification for keep them ‘hooked up’.

Separately, Germany’s highest court rejected a Third Way petition to have its Facebook page (FB.O), currently suspended, unblocked until after the election.

The Constitutional Court said the party, which fielded candidates in the states of Saxony and Bavaria, had failed to present adequate arguments.

German concerns about far-right violence were heightened two years ago when conservative politician Walter Luebcke was shot dead by a neo-Nazi for his pro-immigration views.