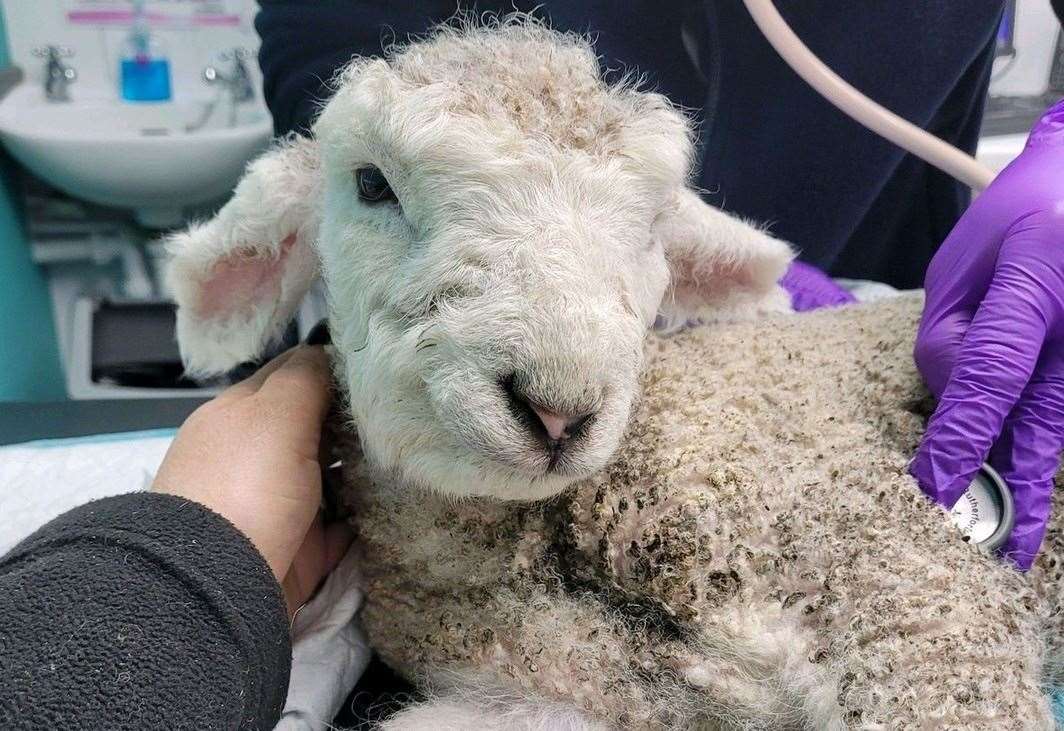 An animal shelter is working around the clock to rescue a helpless lamb found alone and barely responsive by the side of the road in Kent.

Named ‘Jeremy’ or ‘Jezzy’ for short, the lone lamb was discovered lost and freezing cold by a couple who picked him up and took him to FRIEND Animal Sanctuary in East Peckham.

The poor lamb was too weak to even lift its head and a poor sucking reflex meant that milk had to be squirted into its mouth bit by bit throughout the night.

The couple never left him.

A full assessment at Putlands Veterinary Clinic in Paddock Wood revealed Jezzy had an infected umbilical cord stump which had spread to her lungs.

He now needs daily injections of antibiotics and ongoing treatment for which the Bush Road charity is currently raising funds.

Owner Mark said: “He was so weak he could barely stand, he was malnourished and needed to gain weight quickly to have any chance of survival.

“He’s not out of the woods yet but he’s stabilized and that’s a miracle in itself considering where he was a few hours earlier.”

“We wished for better news, but to be honest, it’s all up to him now.

“We give him everything we have but he has to fight.

“We are raising funds for his ongoing care and veterinary bills.”

Mandy says he made it because he was rescued just in time by caring bystanders who brought him to safety at the sanctuary that cares for a myriad of animals including pigs, cows, sheep and ducks.

Mandy added: “Easter is a time when millions of lambs are slaughtered for a meal. Wouldn’t that be something to help us save one instead?”

The shelter has rescued more than 3,000 animals since its inception 28 years ago by late founder Marion Eaton, and its mission is to provide a safe, free-roaming, no-kill refuge for unwanted, neglected and abused animals. .