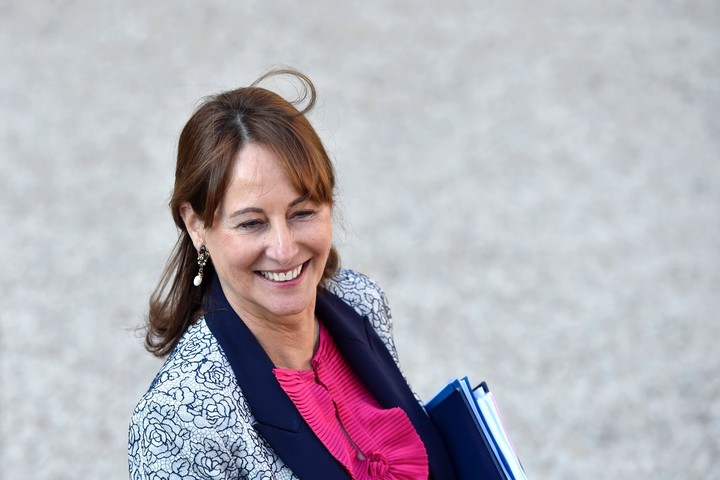 Anne Hidalgo, the socialist candidate for the presidency of France, of Seville origin and controversial mayor of Paris, won only 3% support during the campaign for the April elections. But now she is one of the “elephants” of the PS and a former candidate for the Elysée who tells her to abandon the race or risk making a fool of herself.

Ségolène Royal, the former presidential candidate of 2007, former companion of President François Hollande, mother of his four children and former minister of his cabinet, made this recommendation to him publicly, while the polls give the capricious mayor 3% or fewer votes. intentions.

“She has to take responsibility. If I were her, I would stop now,” Ségolène suggested to the newspaper. The world.

Madame Royal’s proposal fell like a bomb on a socialist party, which is destroyed, without a consensus candidate and with a legendary history, which gave France two post-war presidents: François Mitterrand, between 1981 and 1995, and Hollande, arrived at the Elysée in 2012. Ségolène Royal was minister of both governments.

“I had offered to go there as a candidate,” Royal said. “They said to me, ‘No, it will be Anne Hidalgo.’ I had told the PS that she was available, with my experience, but they didn’t want a primary,” she said.

Again, this Wednesday, he castigated the tenors of the Socialist Party, arguing that “the primary fault lies with the management of the PS which does not organize primaries”.

Today Royal proposes to the left to bow to a “useful vote” and to support Jean Luc Melénchon, former socialist minister of Lionel Jospin, who withdrew from the ranks of the party to found his own, La Francia Insumisa, is populist and openly supports Venezuela and Kirchnerism. The socialist party reacted horrified before the idea.

Hidalgo decided to politely respond to Royal. “I tell him: ‘Ségolène, your family is there, your family loves you, your family wants you to help them. They don’t want you to think that with these kinds of statements, you stay in the game. Entering the game by being useful, ”explained the mayor of Paris.

Before addressing his former socialist colleague, Hidalgo said: “I prefer to get involved positively and not negatively. I never pulled the rug out from under my comrades.

Anne Hidalgo (62), who came to the party and went neck and neck with Hollande, launched her campaign last August, after having destroyed the City of Light during her tenure in Paris, to adapt it to the pressures demanded by ecologists.

Its “construction sites” are real obstacles preventing vehicles from circulating in Paris. Traffic jams have become legendary. The population sells its vehicles and many decide to leave the city in front of the advance of bicycles and skateboards, the streets being reduced to a single lane.

Taxi drivers abandon their job, tired of spending hours without being able to move in the streets and with astronomical rates in the face of the rising cost of living and Covid prevention.

Anne Hildalgo, great promoter of the use of bicycles in Paris. Photo: AFP

Social pressure forced her to reinstall the traditional benches in the capital’s squares, which had been replaced by more ecological pieces of wood.

A campaign entitled “Saccage Paris”, which denounces it for the debt you have incurred, the city’s unsanitary and grime, traffic jams, drugs, lack of social housing, robberies and violence caused enormous damage to his candidacy.

Hidalgo was re-elected mayor in the midst of a pandemic, with a renewal of her mandate and a high abstention rate due to the Covid.

Ségolène Royal’s comments represent a humiliation for what was once a powerful government party, which did not support her in her presidential campaign, which she lost to Nicolas Sarkozy.

Hidalgo launched its campaign last fall with promise to double wages of the 866,500 teachers in France.

The plan, which would have cost at least 20 billion euros a year, was widely derided and she backed down. She now says she wants to increase her starting salary from the current €20,400 to €27,600.

His candidacy went from bad to worse, with media speculation that he would quit. Visiting the island of Guadeloupe last week, she only managed to bring 100 people to see her on the Caribbean island, where there is huge political tension amid the Covid.

Royal, a former environment minister and mother of Holland’s children, has long cold relationships with Hidalgo. He was upset when the mayor became the nominee, a position he wanted for her.

Ségolène is among a host of high profile socialist figures, who believe Hidalgo should give up. In an April presidential campaign polarized on the far right, with anti-immigrant and anti-Muslim candidates, the Socialists believe the PS and the left should ally themselves with the other six candidates and achieve some representation.

Campaign among the far right

Royal urged Hidalgo to support Jean-Luc Mélenchon, 70, leader of the France Insumisa party, who is the most radical of the left-wing candidates.

“He’s the one running the best campaign,” Royal said, in comments seen as a stab by the Hidalgo camp. “He is structured, cultivated. He has experience in presidential campaigns. He can take hits and resist. It is he who is the most solid”, described Ségolène Royal.

Hidalgo expressed dismay at the former minister’s comments, saying, “It’s obviously shocking when someone from the same in-laws doesn’t have your back at a time like this.”

A survey of Odoxa for the magazine The Obspublished Thursday, Place Mélenchon with 11% of the vote, ahead of Yannick Jadot, 54, Europe-Ecology-Greens candidate, with 5% and Hidalgo with 2%.

The far-right candidate for the presidency of France, Eric Zemmour. Photo: EFE

The two main candidates qualify for the second round of the April elections, where, according to the polls, Macron will win everyone he faces.

Royal supporters say if the whole left backed Mélenchon he could hope to make it through to the second round and save face.

Hidalgo’s withdrawal could also spare the Socialists further financial difficulties.. The party leaders received a public subsidy of up to 8,004,225 euros to finance their campaign.

But candidates only get it if they get more than 5% of the vote, which, if the polls are correct, seems unlikely. They would lose those funds.

Mélenchon’s manifesto includes withdrawal from NATO and a public investment program of 200,000 million euros, an amnesty for illegal immigrants, the creation of one million public jobs, a 100% tax on estates over 12 million euros and a cap on executive salaries.

Olivier Faure, 53, the party’s first secretary and an opponent of Ségolène, was asked this week if he intended to “unplug” Hidalgo. “I am not an electrician. I am not unplugging anyone,” he said.

Hidalgo supporters praise his tenacity to persevere. She herself blamed her troubles on what she called an “ugly” election campaign, which “looks more and more like a disgusting spectacle”.

In a newspaper interview The worldAnne Hidalgo deplored a political climate in which “it is better to be a fascist negationist than a responsible leftist woman, with a project of democratic transformation”.

The “fascist negationist” was referring to Zemmour, accused of having tried to rehabilitate the Vichy regime.

TOPICS THAT APPEAR IN THIS NOTE