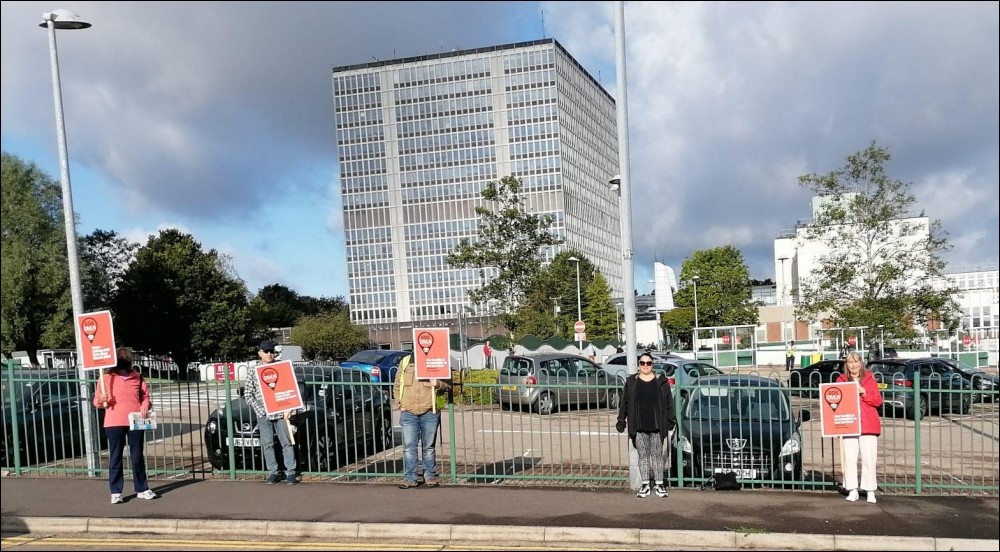 PCS members of the Driver and Vehicle Licensing Agency (DVLA) voted 79% to continue their campaign of advocacy against Covid safety, but sadly the turnout was 39.6%, below the 50% threshold required by anti-union laws.

The first statutory ballot took place in March, with a long campaign of targeted strikes underway since April. As the legal mandate expired after six months under anti-union legislation, it was necessary to hold a new ballot.

Naturally, members and representatives are disappointed with the outcome of the ballot, especially the fact that 60% did not vote. However, the result must be understood in context. There has been a fierce campaign from the top management aided by the media to undermine the confidence of the workforce. For example, they have become the scapegoats for backlogs in processing medical authorizations that existed long before the litigation began.

Although this anti-worker propaganda may have had an impact on the outcome of the poll, the leadership of the left-wing PCS unit at the national level cannot escape its responsibility. They have dragged their feet from the start, only voting for action three months after the massive Covid outbreak last December, refusing to step up action to include all members and refusing to collectively use the law of the United States. section 44 to prevent management from forcing people back to the workplace. Their strategy of selective or targeted action was well supported by affiliates, but had the downside of being insufficient to force management to a settlement and of reducing large numbers of member spectators to their own dispute for long periods of time.

These concerns were expressed by members of the Socialist Party and the Broad Left Network within the union during the conflict. It was clear, especially after Tory ministers intervened to torpedo talks between the union and the DVLA leadership, that strikes needed to be stepped up to include all site members in sustained action.

DVLA members demonstrated extraordinary resilience and determination, and approximately 1,100 members voted to continue the action after nine months of conflict. This is an important statement that members are always ready to fight back, and management would be foolish to view this result as a green light for further attacks on the workforce.

In the meantime, health and safety concerns persist and worsen. Covid cases at the DVLA continue to increase with the cumulative total as of November 11 to 1,232 cases since the start of the pandemic, and 89 more in the first eleven days of November alone. This represents almost a fifth of the workforce to date.

This dispute is not over. Collective use of section 44 remains an option to prevent workers from being forced to work in hazardous conditions. A new statutory ballot should not be excluded either.