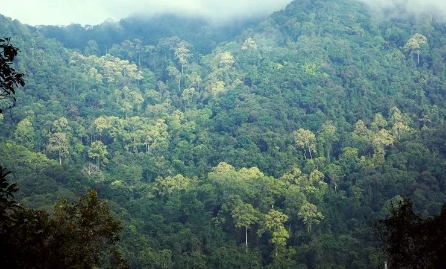 In a study published in Plant Diversity, researchers at the Xishuangbanna Tropical Botanical Garden (XTBG) of the Chinese Academy of Sciences attempted to reveal the underlying mechanisms of species coexistence in species-rich communities. They found that the adaptive genetic diversity of dominant species contributes to species coexistence and community assembly.

The researchers used high-throughput DNA sequencing to derive the adaptive, neutral, and total genetic diversity of two coexisting tree species, a canopy-dominant tree species, Parashorea chinensis, and an abundant tree species in understory, Pittosporopsis kerrii, which can shape the community characteristics of the seasonal rainforest of Xishuangbanna.

They also quantified the correlation patterns between species and the genetic diversity of both species and community species.

The SEM analysis revealed that the two levels of biodiversity were causally related, as increasing adaptive genetic diversity resulted in increased species diversity by promoting coexistence.

/ Public distribution. This material from the original organization / authors may be ad hoc in nature, edited for clarity, style and length. The views and opinions expressed are those of the author (s). See it in full here.

Fear of Omicron has little impact on Council poll campaigns