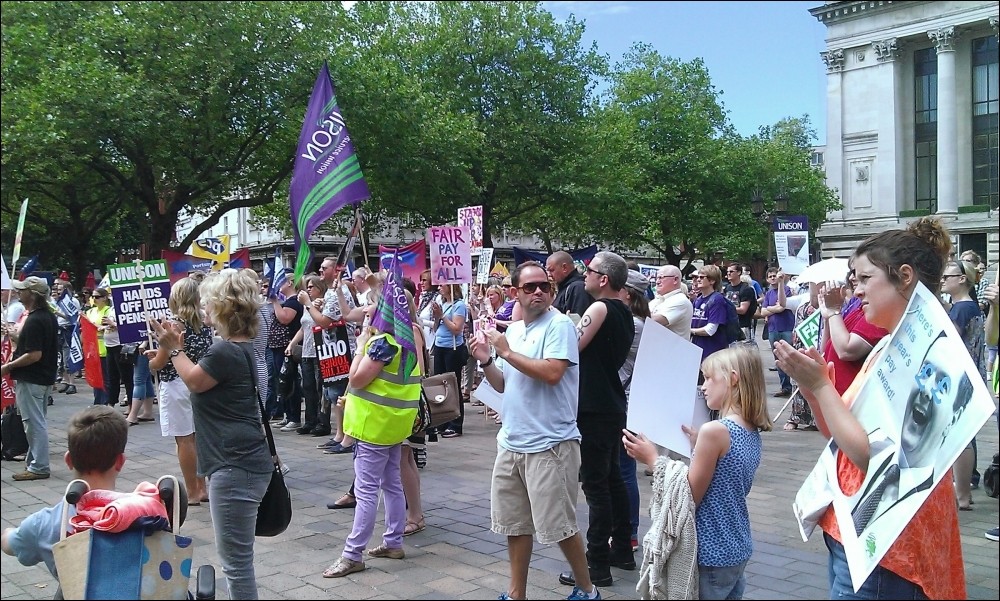 Excerpt from The Socialist newspaper, February 2, 2022

City workers leave. They cannot live off the salaries paid by the council.

The council has pledged to pay the living wage. But Portsmouth council workers should be paid a minimum of £15 an hour. And the board should fight for the necessary funds, not threaten cuts.

There will probably be a 6% increase in council tax. Social housing tenants face a double whammy and rising rents. The council has made cuts of at least £100million over the past decade and is cutting more this year.

Plans to strengthen the board’s “green” credentials have had little or even a negative impact. They include solar panels that aren’t even connected.

The council’s plans for a clean air zone would mean additional taxation, hitting the poorest hardest, who often cannot afford the new ‘cleaner’ cars. If Portsmouth Council took environmental measures seriously, it could properly isolate every council building and place local public transport under public control, so that services could be based on need rather than profit.

What we need is a popular budget – no more cuts, council tax increases or rent increases. This would only be sustainable if the council were prepared to mount a campaign in Portsmouth workplaces, unions and communities to demand the return of the £100million and what is really needed for the people of Portsmouth.

When supporters of Militant, now the Socialist Party, were elected to lead Liverpool in the 1980s, the council was on the brink of bankruptcy. This labor council went on to create thousands of jobs, build thousands of decent homes, claw back £60million from Thatcher’s Tory government.

A mass workers’ party that was prepared to mount such a campaign today could improve living standards and bring down this rotten Conservative government. The Trade Unionist and Socialist Coalition (TUSC) banner is available for anti-cuts candidates. If you agree, please consider running and joining the Socialist Party.

Conservatives attack UC recipients with ‘get any job’ threat

Compulsory NHS vaccination will be dropped

NI’s rise piled on the shoulders of the lowest paid

Gas and electricity bills set to rise 50% this year

It is difficult to cover basic costs, and the situation is getting worse

Why a socialist candidate for Birmingham Erdington is vital

The workers strike back

Wave of winter strikes intensifies as workers fight back and win

NHS workers go on strike for 15% and against outsourcing

Victory at NewVIc College! “The picket line gives us power”

The Scaffs Scaffs strike restarts with a bang, barricades and victory!

May Day greetings: support the newspaper that supports the working class

Why I joined: I’m sick of austerity and the status quo

Belfast: Worth a look at previously airbrushed depiction of worker unity