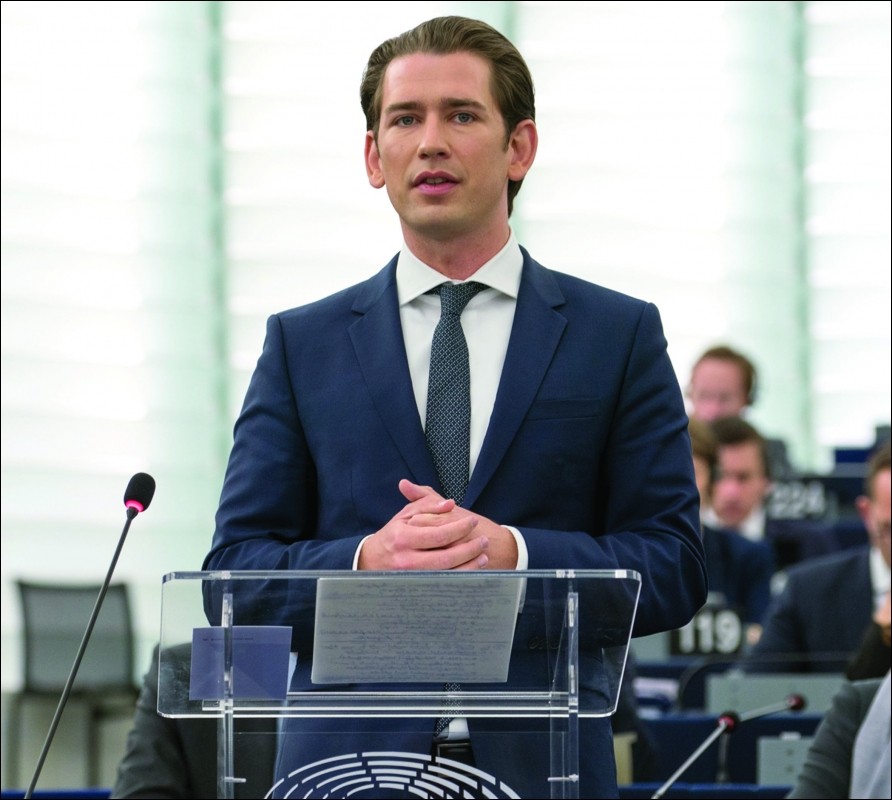 Sebastian Kurz of the right-wing People’s Party (VP), for five years a shooting star of the European conservatives, had to “resign” from the Austrian Chancellor on 9 October. His resignation comes amid criminal investigations against his relatives and allegations of fraud and activities that were at best “deeply immoral” and at worst illegal.

This is the second corruption scandal to rock the Austrian establishment in recent years. In 2019, a scandal destroyed Kurz’s coalition with the far-right Freedom Party (FP).

It was the so-called Ibiza scandal of Heinz-Christian Strache, then leader of the Freedom Party. He was filmed in Ibiza discussing helping someone he believed to be the niece of a Russian oligarch to buy Austria’s biggest tabloid Die Krone (The Crown) in exchange for favorable publicity in the run-up to the October 2017 general election.

This time around, the media scandal involved the tabloid sterreich (Austria) with which Kurz allegedly cooperated to forge opinion polls and paid to gain friendly media coverage while building his political career in 2016-17.

This is just the top of the allegations. Scandals have become so numerous that it is difficult to follow them.

As Kurz tried to cling to power in the first days after the news of the unprecedented police raids on the Chancellery and VP headquarters was announced, it appears he has increasingly faced pressure. from inside his own party.

By 2017, he had secured power in his party, which made him largely independent from the powerful regional VP leaders. It now seems that this power was only on paper and as long as Kurz won the elections for them.

The vice president’s coalition partner, the Green Party, has made it clear that he will only pursue the coalition if Kurz steps down – essentially an ultimatum. If the Greens had not done so, they would have collapsed because their ranks would have rebelled.

When Kurz finally announced his resignation, a sigh of relief crossed the Austrian capitalist class, as an all-party coalition would have been very unstable, especially given the FP’s anti-vaccine stance at a time when the Covid pandemic is not finished. again.

For now, Kurz retains his post as VP party leader and has also taken up his post as head of his parliamentary faction. It seems that as a member of Parliament he will get immunity, but his party has already committed to lifting that immunity.

The place of chancellor of Kurz was taken by Alexander Schallenberg, former minister of the outside. Schallenberg comes from the old aristocracy who became a family of diplomats and is said to be close to Kurz but not involved in the scandals.

Some of the many self-made banners and placards referred to the Kurz scandals, saying, “Don’t put money in media ads, put it in child care.” One of the revelations implied that Kurz had, in order to pursue his career, manipulated a regional government to stop a reform of a previous VP-SP (Social Democrats) coalition that would have given more money to schools and daycares.

A protest by education workers against budget cuts and for better education is scheduled for October 19. The steelworkers are also heading for a confrontation with the bosses over a wage demand. Regional conferences of trade union representatives from the metallurgical sector have been announced for next week to discuss new measures.

Opportunity for the left to build a socialist alternative

In September, the Austrian Communist Party (KP) won municipal elections in Graz, Styria, shocking the ruling class. The huge contrast between the corruption of Chancellor Kurz’s entourage and the KP’s approach in Styria, of taking only a worker’s salary for a political office and giving the balance to causes, has been widely noted. .

A recent opinion poll showed that 70% thought it would be good if politicians only took a worker’s salary like the KP in Graz does. It shows how the long history of corruption and disappointment with the main parties has created an opportunity to build an alternative. The question is: who will take the initiative?

In this situation, it is more urgent than ever to build a new mass workers party that can show a way out. Both the PS and the Greens have proven through their participation in government that they are not trustworthy and that they firmly support the capitalist system.

The PS have been among governments that have introduced cuts, while the Greens’ new “green” tax reform makes working class people pay for climate change instead of big business.

The SP’s own corruption has been one of the reasons for its decline. On the other hand, a new party should channel all the protests that are going on right now and be a tool of struggle, as well as a place where workers and young people can discuss the agenda they need.

The KP Styria and Links Wien (a small formation of the new left with 23 district councilors in Vienna) are responsible for taking initiatives in this direction. Links Wien is starting to develop a capacity for mobilization. On October 7, the day after the police raids on Kurz’s office, they took the initiative to call for a demonstration, during which they, along with other organizations, mobilized up to 7,000 people.

After the elections in Graz, opinion polls were published placing the KP at the federal level at 4%. Beyond that, 42% believe that the KP led by Elke Kahr of Graz is a party they could, in principle, vote for.

It is very likely that the now very unstable situation will lead to new elections within a few months. The KP Graz and Links Wien, as well as the left in general, should take the initiative to unite the ongoing protests and channel them into a new party.

To bring together these larger forces, such an initiative must be open, not top-down, and have a clear set of requirements as a starting point for a discussion about a program.

While it is extremely unlikely that such an alliance will win the next elections, its objective must be to use the electoral campaign to popularize its demands, encourage mobilizations and participation so that it can strengthen itself and gain a foothold in Parliament, which can then be used as a platform to mobilize both popular opposition and support for socialist ideas.

These would be steps towards building a party and movement that can break away from the rotten and corrupt capitalist system and replace it with a socialist society that can end the need and make corruption a thing of the past. pass.

Fighting the cuts in the ballot box in Liverpool