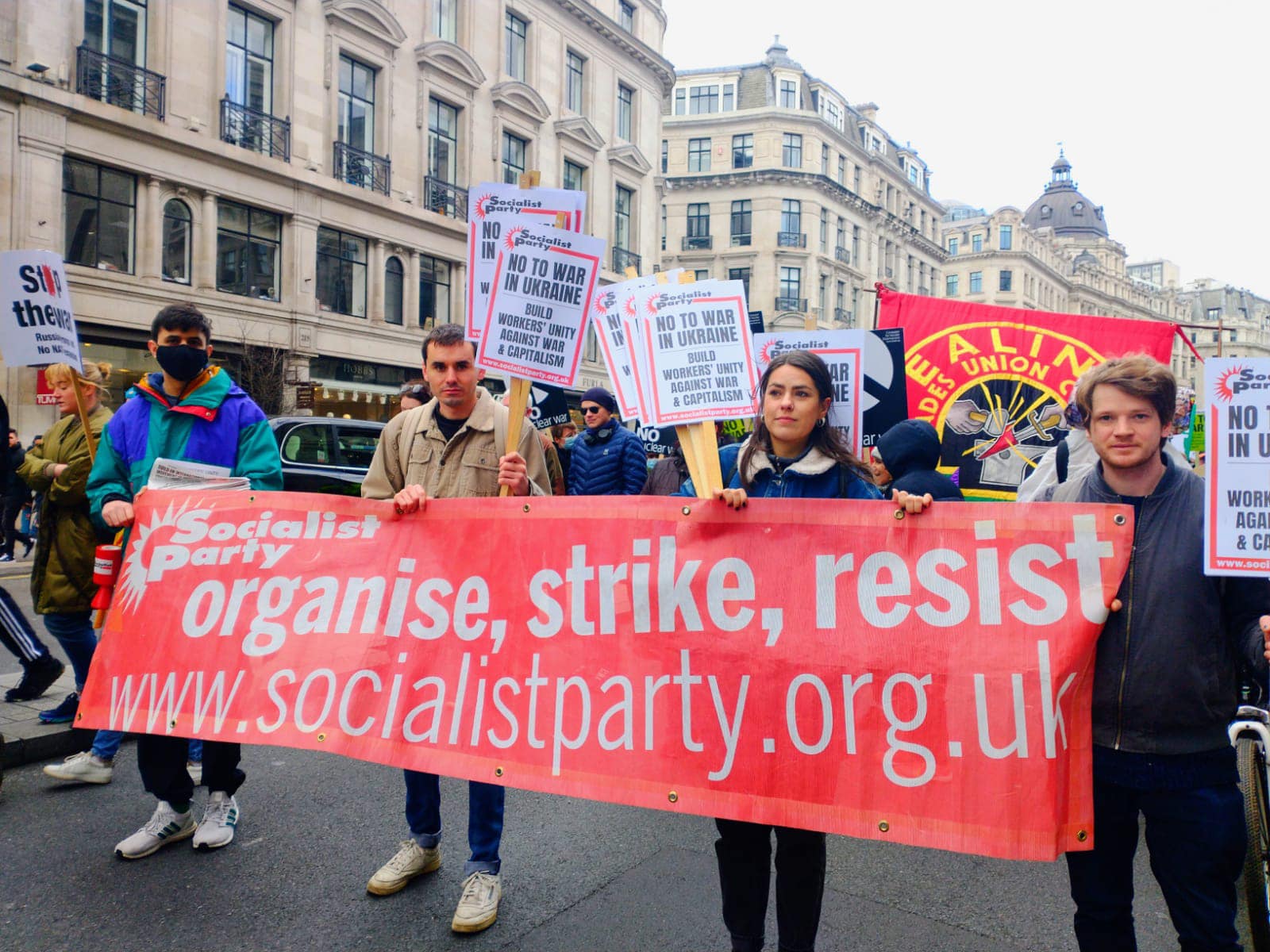 The horror of the war in Ukraine – corpses, houses reduced to rubble and millions forced to flee the destruction – filled the news.

Ukraine and the many conflicts taking place around the world send the message that under capitalism, war and wanton destruction are inevitable.

Capitalism means that there will be conflicts over markets, profits and spheres of influence. So, to end the war, we need a new system – a socialist system.

War exposes in whose interest society is run – the rich. Newspapers supporting capitalism, such as the Financial Times, have joined the campaign to hunt down luxury yachts and other assets owned by sanctioned Russian oligarchs. These yachts, two of which are worth $38 million and $20 million respectively, could be seized by Western governments.

Similar calls have been made for the government to take over empty properties in London linked to Russian oligarchs. But these homes will not be taken over and made available to the ordinary working class – turned into affordable, high-quality social housing to cope with massive waiting lists. Instead, they will be used as a tool to continue the war through sanctions.

Disrupting supply chains and energy supplies around the world, the sanctions are another example of the illogicality of capitalism, for which workers and the poor around the world are paying the price.

US President Joe Biden is pleading with oil companies to increase their fossil fuel extraction to bring down the price of oil. So far this has had the same effect as begging them to switch to renewables – the bosses will only act when they can make a profit.

Every day we are shown on our television screens pictures of tanks burning and rockets being fired – millions of pounds of equipment destroyed. They represent thousands of hours of research, skill and work.

Only on the basis of socialism across the world could the resources and labor spent on the production of weapons (and luxury yachts!) be used to tackle the problems of climate change, pollution, pandemics, poverty and other crises we face.

We could sustainably produce what we need across the planet instead of what earns competing boss blocks.

A socialist world, based on international cooperation and democratic planning, with the working class at its head, would be able to use science and advances in new technologies to improve the lives of us all. The choice before us is capitalism which means war, austerity and destruction of the environment, or the struggle for the socialist transformation of society.