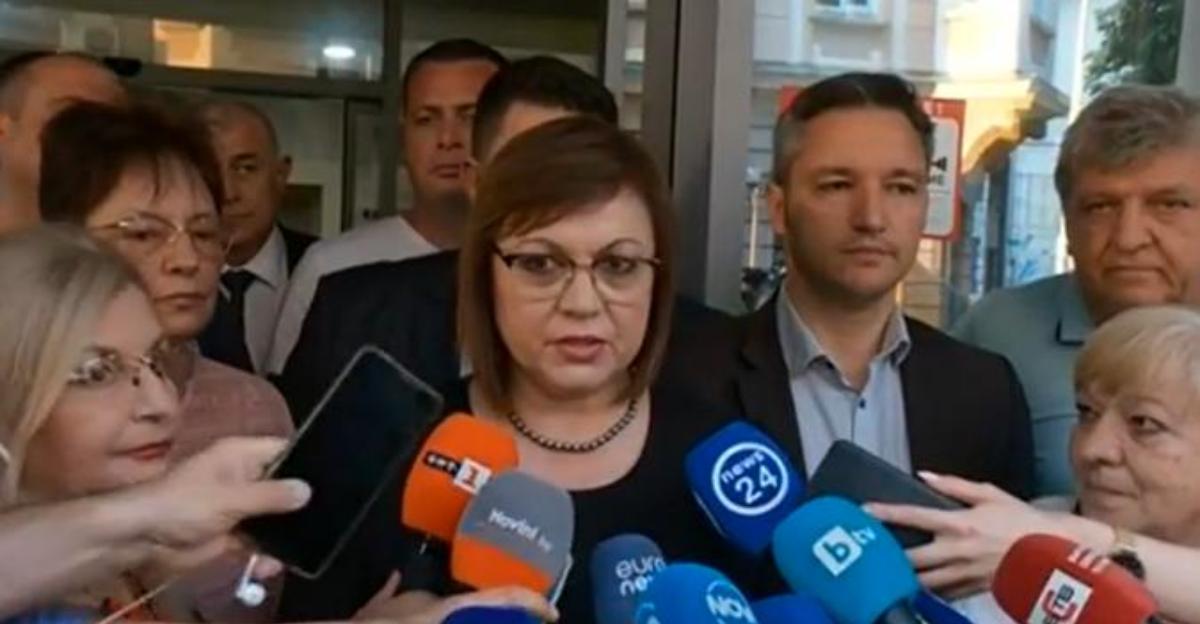 The Bulgarian Socialist Party (BSP), holder of the third and last mandate to seek the formation of a government, has drawn a crossroads for the immediate political future of the country.

Parliament, in its first point on July 27, will be asked to agree to a program that sees 79 bills approved by the end of 2022.

These bills stem from a legislative and governance program agreed by the three remaining parties of the ruling coalition – We Pursue Change (WCC), BSP and Democratic Bulgaria.

If parliament accepts the program, PASB will nominate COE co-leader Assen Vassilev as its prime minister candidate on July 28.

Vassilev had already confirmed that he was ready to accept the appointment, BSP leader Kornelia Ninova told reporters after Tuesday’s meeting of the party’s national council.

The BSP will also propose that the Parliament continue to sit until August for votes requiring urgent solutions, such as the election of a new head of the Energy Regulatory Commission.

If parliament rejects the proposal on the legislative and governance program, BSP will “probably return the unfulfilled mandate to President Roumen Radev on Friday, putting Bulgaria on the path to early parliamentary elections, Ninova said.

The proposal tabled in Parliament by the BSP provides, among other things, for the election of Boiko Rashkov – interior minister of the outgoing government – to head a revamped anti-corruption commission, the adoption of anti-corruption legislation corruption and the appointment of the vacant post of President of the National Assembly.

The package is billed as including social support for families and households and the approval of legislation that will enable the disbursement of EU funds to Bulgaria under the recovery and sustainability plan.

The program runs from July to December 2022.

“Here I stand before the Bulgarian people and say: we have done everything we can to help you in the months to come. The result is this: these laws will ensure peace and security. If they are supported, we move forward. If they are not supported, we will go to elections,” she said.

Ninova, whose party has held the third term since July 18, said: “Over the past few weeks, we have been negotiating to form a government in an absolutely honest way, driven only by the desire to ensure stability for Bulgaria and calm for the people.

“During this time, we have drawn up a management and legislative program for the next six months.

“It is geared towards the following areas – continuing the fight against corruption and theft; the program contains anti-corruption legislation, the election of the anti-corruption commission, with Boiko Rashkov at its head,” she said.

“The third part is support for families and households in the difficult months ahead of us, and the fourth part concerns the laws that must be adopted as part of the recovery and sustainability plan to guarantee all the measures in the years to come. come,” Ninova said.

Please help keep Sofia Globe’s independent journalism alive by clicking the orange button below and registering to become a supporter at patreon.com. Becoming a sponsor of the Sofia Globe costs only three euros per month or the equivalent in other currencies.