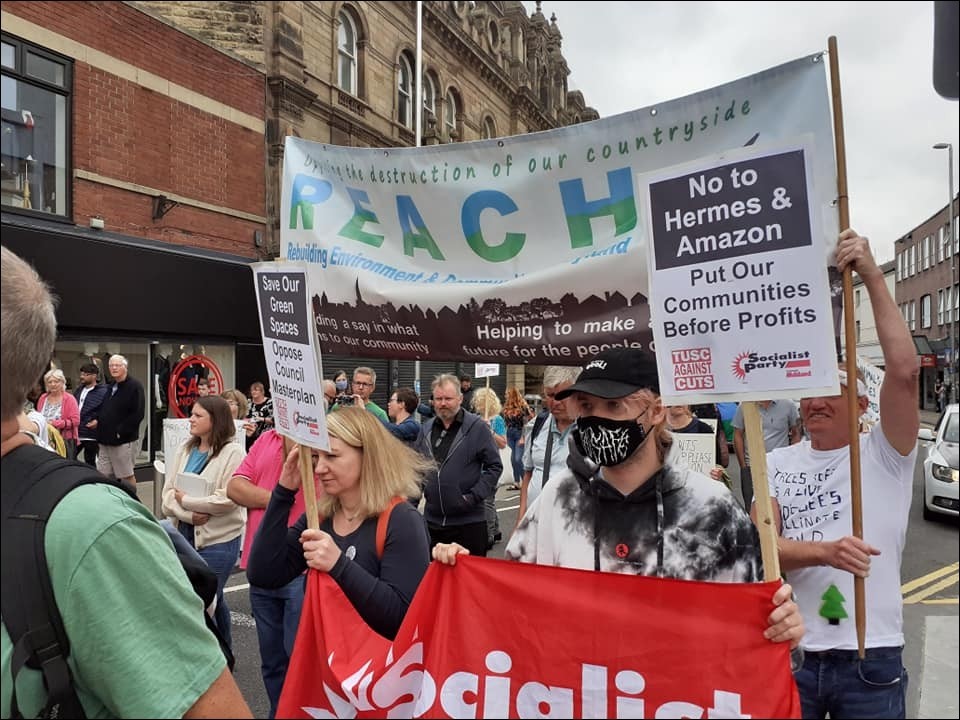 Excerpt from The Socialist newspaper, July 28, 2021

The Socialist Party joined the protest in Barnsley (Click to enlarge)

50 people marched behind a samba band at the ‘Big Green Space’ protest, calling for our local green spaces not to be destroyed by housing and warehouse development. The giant Hermes warehouse is practically built in Hoyland, but locals are unhappy with the council’s lack of consultation.

When we were able to talk to the councillors, they simply said it would create jobs. We all know what kind of jobs it will be – low paid and very long hours. Activists are not just concerned about jobs, they are concerned about the loss of recreational space and the effects on the natural habitat of wildlife. We have found new strength campaigning together and are now talking about running in the municipal elections next year.

London floods: Privatization and heavy rain are a dangerous mix

Jobs and housing for all

The Cuban protests – what are they?

The youth fight for employment is officially relaunched

TV review: stateless people blame mismanagement rather than the system

Are climate change campaigns paying off?