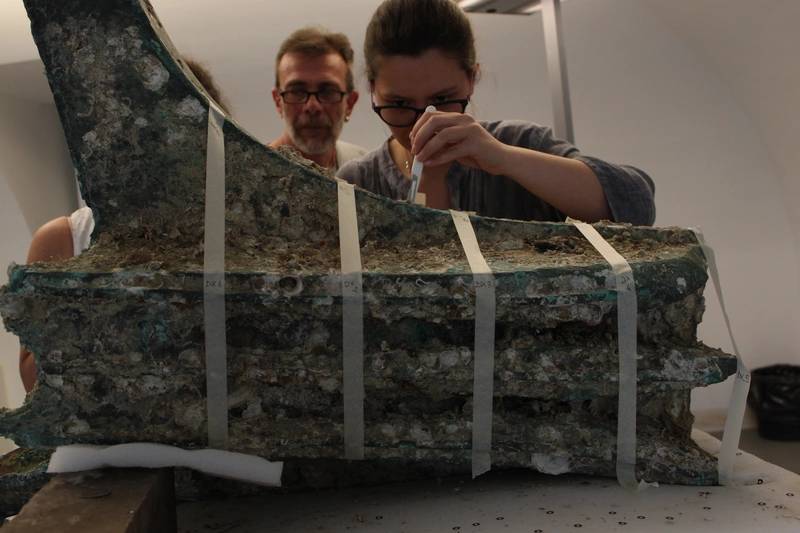 On March 10, 241 BCE, a naval battle took place near the Aegadian Islands northwest of Sicily. A fleet equipped by the Roman Republic destroyed a fleet from Carthage, ending the First Punic War in favor of Rome. But scientists have now shown that this destruction and carnage made possible a rich flowering of marine life.

In a recent study in Frontiers in Marine Science, they reported finding no less than 114 species of animals, coexisting in a complex community, on the ram of a Carthaginian ship sunk in battle.

This is the first study of marine life from a very old wreck. The ram is not only an invaluable archaeological find, but also a unique window into the processes by which marine animals colonize empty sites and gradually form mature, stable and diverse communities.

“Wrecks are often studied to track colonization by marine organisms, but few studies have focused on ships that sank more than a century ago,” said the latest author, Dr Sandra Ricci, principal researcher at the Istituto Centrale per il Restauro (ICR) in Rome.

We are studying here for the first time the colonization of a wreck over a period of more than 2000 years. We show that the ram ended up harboring a community very similar to the surrounding habitat, due to the “ecological connectivity” – the free movement of species – between it and its surroundings. “

The ram, nicknamed “Egadi 13”, was recovered in 2017 from the seabed about 90 meters deep by marine archaeologists from the Soprintendenza del Mare della Regione Sicilia, led by Dr Sebastiano Tusa, in collaboration with divers from the Global Underwater Explorers organization.

It consists of a single hollow bronze piece, engraved with an undeciphered Punic inscription, and is approximately 90 cm long, 5 cm thick at the front edge and weighs 170 kg. Because the ram is hollow, it has accumulated organisms and sediment inside and out.

In 2019, it was cleaned and restored by ICR materials scientists. As part of the restoration, all marine animals were collected with hardened biological material and sediment blocks inside and outside the ram. These samples were then studied by Ricci and his colleagues at the ICR, the University of Rome Tor Vergata, the Italian National Interuniversity Consortium for Marine Sciences (CoNISMa), the National Research Council of Oristano, the ‘Parthenope University of Naples and Sapienza University of Rome.

The scientists aimed to compare the species associated with the ram with those found in natural Mediterranean habitats, and thus reconstruct how it had been colonized – mainly by dispersing larvae – from these habitats. Another goal was to understand the mechanisms by which species already established in the ram can allow other species to thrive.

Ricci and his colleagues found a species-rich, structurally and spatially complex community with 114 species of living invertebrates. These included 33 species of gastropods, 25 species of bivalves, 33 species of polychaete worms and 23 species of bryozoans. This assemblage of species was statistically the most similar to those found in shallow-water detritus beds and seagrass beds, and on well-lit rocky seabeds and “coralligenous” reefs, which are built on hard substrates in the sea. the penumbra by algae with a calcareous skeleton.

â€œWe deduce that the main ‘builders’ of this community are organisms such as polychaetes, bryozoans and some species of bivalves. Their tubes, valves and colonies attach directly to the surface of the wreck, â€said co-author Dr Edoardo Casoli of Sapienza University in Rome.
â€œOther species, notably the bryozoans, play the role of ‘binders’: their colonies form bridges between the calcareous structures produced by the builders. Then there are the â€œinhabitantsâ€, who are not attached but move freely between the cavities of the superstructure. What we don’t know exactly yet is the order in which these organisms colonize the wrecks.

Corresponding author Dr Maria Flavia Gravina concluded: â€œYoung wrecks generally harbor a less diverse community than their surroundings, with mostly long-instar species that can disperse far. By comparison, our ram is much more representative of the natural habitat: it sheltered a diverse community, comprising species with long and short larval stages, with sexual and asexual reproduction, and with sessile and motile adults, which live in colonies or in solitary. We have thus shown that very old wrecks like our ram can constitute a new type of sampling tool for scientists, which effectively act as an “ecological memory” of colonization. 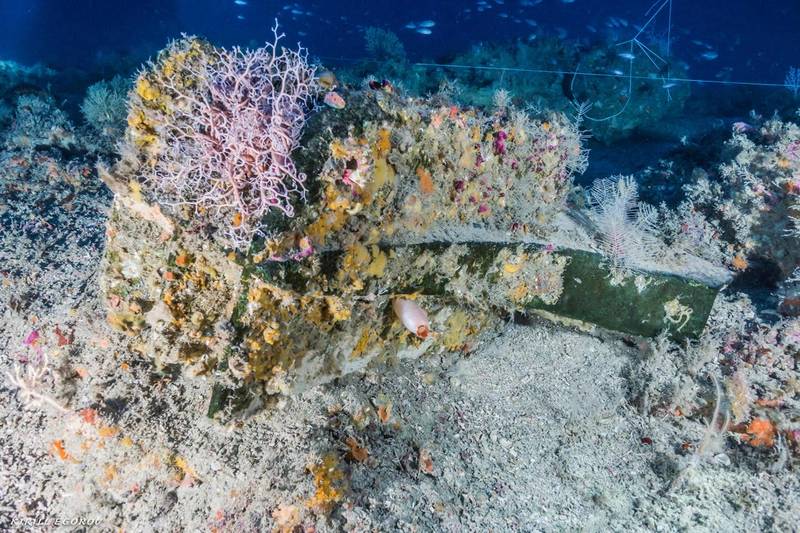 The ship’s ram as it was found on the seabed off Sicily at a depth of nearly 90 m. Image credit: K. Egorov / SocietÃ  per la Documentazione dei Siti Sommersi – Global Underwater Explorers (SDSS-GUE)