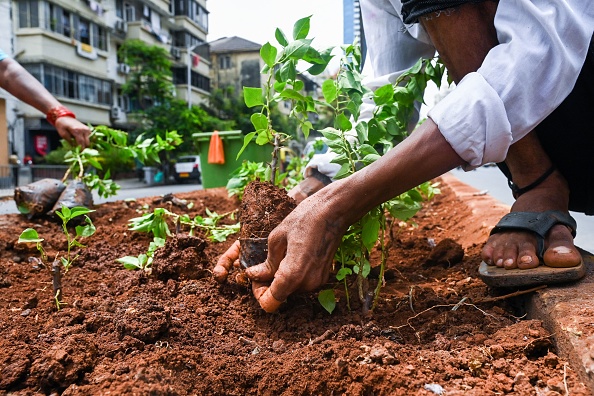 In order to safeguard biodiversity, 44% of Earth’s geographical coverage, or 64 million square kilometers (24.7 million square miles), must be saved, according to a new study published in the journal Science on June 3.

Dr. James R. Allan from the University of Amsterdam led a team that used powerful geospatial algorithms to find the best places around the world to save species and terrestrial ecosystems.

They also used spatially explicit land use scenarios to estimate how much of this area will be threatened by human activity by 2030.


The finding has crucial policy implications as nations are currently negotiating a post-2020 global biodiversity strategy under the Convention on Biological Diversity, ideally coming into force later this year, with new biodiversity goals and targets. of biodiversity, in accordance with ScienceDaily.

This will set the conservation agenda for at least the next decade, and countries will be required to report regularly on progress towards these goals.

According to co-author Dr Kendall Jones, conservation planning specialist at the Wildlife Conservation Society, governments set a global target more than a decade ago to conserve at least 17% of terrestrial areas. through protected areas and other site-based approaches to enhance biodiversity. and ecosystems.

While this is a positive start, the research suggests that more aggressive goals and strategies are needed to maintain ecological integrity beyond the 30% target.

If countries are serious about conserving biodiversity and the ecosystem services that support life on Earth, they must rapidly increase the scope and effectiveness of their conservation activities.

According to the authors, the study provides essential data for conservation and development planning, as well as guidance for future national and global conservation programs.

They also stressed that all selected lands should be maintained through a variety of species and ecosystem conservation techniques, including other effective area-based conservation measures, rather than being declared protected areas.

Read also : People’s views on environmental conservation may be linked to genes

Environmental conservation is the act of people saving the environment from extinction and ecosystem devastation, usually as a result of pollution and human activity.

Because we all depend on each other for our survival, conservation is essential to conserve and help both animals and trees.

The extinction of species would imply that they would disappear forever, unable to be seen by curious eyes or studied by learned minds.

Moreover, such ecological loss or annihilation would disrupt the food web, causing the entire ecosystem to malfunction.

Despite their differences, environmental conservation and preservation are sometimes used interchangeably.

Conservation refers to the current and future wise use of the environment and its resources.

Preservation, at either end, is a more rigorous method in which the ecosystem, land, and environmental assets are left in their natural state rather than being consumed by humans.

Related article: The role of business in environmental sustainability

© 2022 NatureWorldNews.com All rights reserved. Do not reproduce without permission.